Ebola hemorrhagic fever doesn’t have a name or a face that we can relate to, or at least it didn’t until Thomas Duncan died Oct. 1 in Texas days after flying in from Liberia. It is believed that Duncan contracted the virus while performing an act of kindness: helping a pregnant 19-year-old woman into a cab so that she could get to a hospital.

The greatest scandal of the Ebola outbreak is that, at this moment, the best that the world has to offer the people at its epicenter is to advise them to stop being so kind.

No hugging, no kissing, no touching of the sick or the dead. A recent story in the New York Times told of a Liberian woman with Ebola who died after giving birth and the pain of the survivors and staff, who didn’t know how to safely care for her newborn, who might be infected.

Still, most of us don’t know any patients with Ebola, or anyone who has died from the viral infection. We know of the disease that has killed nearly 4,000 West Africans as something on the television, something that we find really scary.

But it was not Duncan who caught the imagination of millions around the world last week. It was instead a four-legged victim of this plague.

Teresa Romero Ramos, a Spanish nurse’s aide who contracted Ebola while caring for a missionary infected in Africa, had a rescue dog named Excalibur. Teresa and her husband, Javier, obviously loved Excalibur very much. He shared their home, which led authorities to worry that the animal might become a vector for the illness.

When Spanish health officials announced they were going to euthanize Excalibur, the social media savvy Javier broadcast a YouTube appeal to the public to save the pooch. The online tsunami that followed included a petition on Change.org that attracted more than 400,000 signatures to their unsuccessful appeal for clemency.

To put that into perspective, a petition to get the FDA to hurry along its research on preventing and curing Ebola in humans received about 150,000 signatures.

Dr. Ahmed Tejan-Sie, a Nigerian-born doctor, started the latter petition, which persuaded the U.S. government to allow Tekmira Pharmaceuticals to resume testing its experimental drug, TKM-Ebola, on humans infected with the disease. Tejan-Sie, who practices in North Carolina, doesn’t expect that TKM-Ebola or ZMapp, another drug being fast-tracked, will make a significant difference in this outbreak. His goal, stated on the Change.org website, is simple and should give us pause. He wants to urge drug manufacturers to join a race “to make this the last Ebola epidemic without a cure or vaccine.”

As much as we love our dogs, we have to keep things in perspective. The only people in what we call the “developed world” who have taken to the streets in outrage at the Ebola crisis are those who encircled Excalibur’s home to protect the canine.

I’m not sure Excalibur would approve. 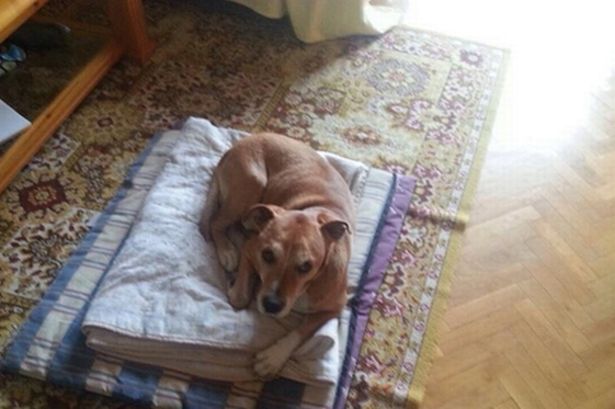 We don’t know whether the departed Excalibur might have transmitted the Ebola virus, but we can safely assume that he liked to lick people and other animals and leave copious amounts of saliva all over the place. That’s what dogs do. They also take delight in eating disgusting things that emanate from humans – but enough of that.

Most of my dog-loving friends suggest that the pooch could have been quarantined. Problem is that no one can say for how long his confinement would have to last. We know that dogs can carry the virus. We don’t know if they can pass it to humans and, crucially, we don’t know what the incubation period is for Ebola in dogs.

Dogs can’t tell us if they are in pain or what their symptoms are, so what the quarantine lobby is suggesting is essentially that we conduct an open-ended medical experiment with a live animal. How long do you think we can keep a dog under observation, and should that really be a priority during a medical crisis?

In old war movies, there’s always that moment when a kid asks his daddy, “What did you do in the war?” If I were transported to Monrovia today, I would not want to have to say that, while Ebola raged, what I did was to take care of a puppy.

Kramer Says Goodbye to his Father
Check This Out: The Salt Market
To Top