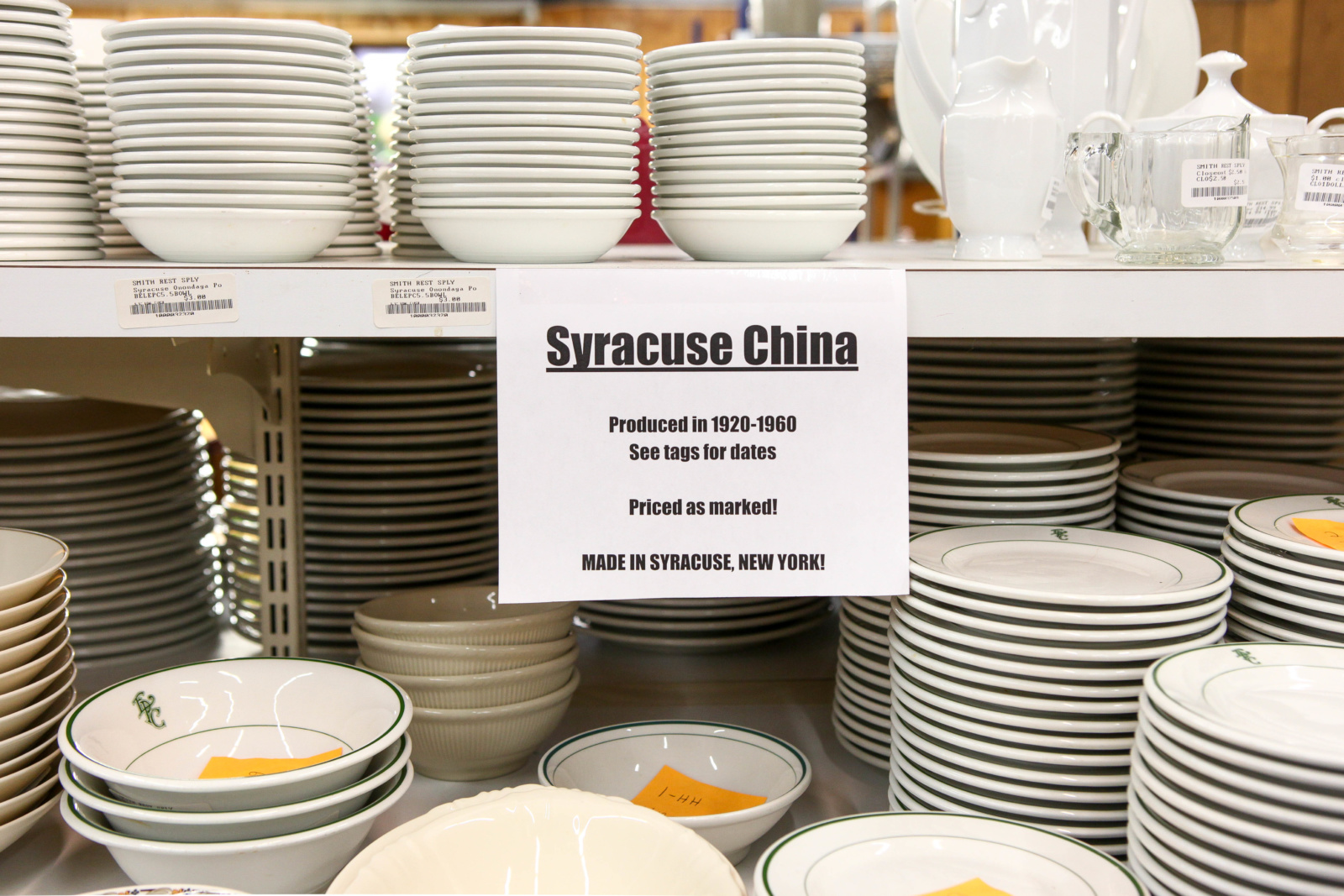 There’s always been “way more on the second floor” at Smith Housewares and Restaurant Supply. Over the years, one could find table linens, textiles, barware and other glassware, china, canning supplies, seasonal items, discounted merchandise and more.

If you collect china or have a special interest in Syracuse China, you could easily spend a chunk of a morning or afternoon at Smitty’s Curiosities, turning the plates and perusing designs wearing our signature local seal.

M. John Kuppermann, owner of Smith Housewares and Hyman Smith Coffee, describes the second floor as an ever-changing and ever-growing collection of mostly consigned items acquired all over Central New York. There’s everything from random pieces to complete sets and collections, some acquired as a result of estate sales. 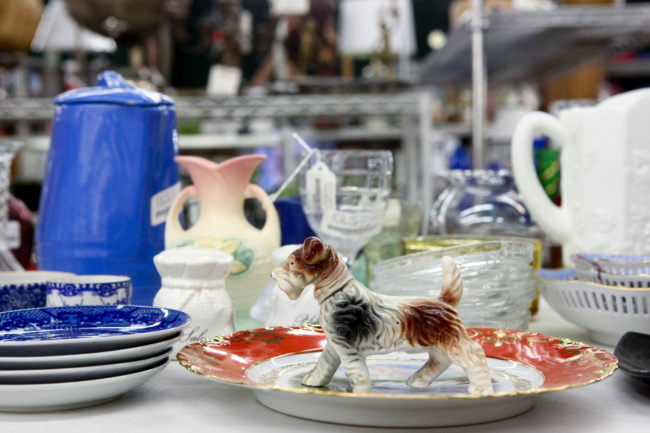 “I could just sense it was going to be successful,” Kuppermann said recently. “It’s actually helping the rest of my business, too, because it’s bringing in new faces, new customers who stay in the store longer.’’

Kuppermann says several “back stories” led him to create Smitty’s Curiosities. One is the story of a historic, Erie Canal-era building stuck in a sort of limbo after many years of discussion and debate over the future of Route 81 in Syracuse.

If the interstate is rebuilt, Kuppermann’s property, and nearly 30 others, could be taken by eminent domain. If the grid option is approved and the building stays, several things could happen. Kuppermann could retain the building. Or he could try to sell it and lease space from a new owner who redevelops it. Or he could relocate the business.

“Until they have this decision made,” Kuppermann says, “you can’t get someone to invest or buy or lend money on a building that perhaps could be seized.”

Kuppermann’s great-grandfather, Hyman Smith, founded Smith Restaurant Supply in 1894. It moved to its current location, near Route 690 and Route 81, in 1946.

The business has evolved over the years as technology continues to alter consumer behavior and buying practices. The housewares and restaurant business uses just a small fraction of the building because Kuppermann no longer has the need to store vast amounts of equipment, gear and supplies there. He can place orders as needed, sell things more quickly and ship things out. More than half of his business is consumer-driven, he says, and the artisan coffee roasting and sales end of the business is thriving — and imbues the place with a wonderful aroma.

Kuppermann put the building up for sale in 2014 and had it under contract at one point, but the deal fell through late last year, he said. To prepare for a change of building ownership, he had largely cleaned out the upper floors, leaving a near-empty, 5,000-square-foot space on the second floor. To start filling it again, he found an online source where he bid on mixed lots of small appliances and other home items returned to Amazon.com and big-box stores (“everything from toasters to vacuum cleaners”) and used those items to re-populate the second floor.

“We had a pretty steady turnover of stuff and the same people would come in every couple of weeks to see what was new,” Kuppermann recalls. 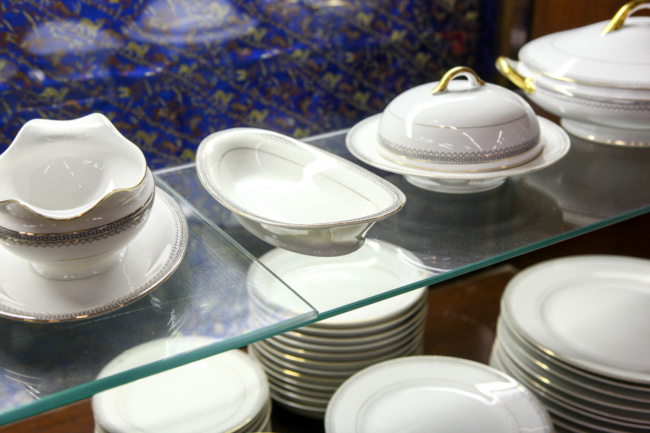 Meanwhile, officials of the former Elmwood Presbyterian Church in Syracuse had contacted Kuppermann to inquire if he would like to purchase its church china — sturdy white Syracuse China with a green rim, branded with “EPC” — which Kuppermann’s grandfather had sold the church many years earlier.

He took the china on consignment for the church (roughly 3,500 pieces) and it’s one of the first things visitors see now on entering the second floor. Shortly thereafter, another collection of Syracuse China, about 8,000 pieces in all, made its way to the second floor.

“Next thing I know people are talking about it,” Kuppermann says. “It just exploded.”

Kuppermann calls the vintage/antique china end of his business “internet proof,” because it’s a “nightmare” to sell china on websites like eBay and Etsy and a hassle for most people to package and ship it, especially in quantity. He has considerable experience in those areas and is happy to take on those roles.

He works on estate sales, conducts cleanouts and accepts consignments of china sets and other items for people who are downsizing and moving — or family members who have no interest in or use for such items — if the items are in good condition and he believes he can sell them. He researches the pieces and prices them accordingly. His consignment fee is 25 percent.

He’s excited about Smitty’s Curiosities heading in to the holiday season and says the second floor is one-stop shopping for people who want to dress up their tables without spending a fortune — as well as for shopping for gifts.

“I don’t have the experience of a holiday season yet,” Kuppermann says. “It’s off to the races.”