Pouring sweat and chugging electrolyte-enhanced water from a sports bottle, Solomon Bacon voiced skepticism when told that Syracuse had been named the second-most fit city in the United States, behind Portland, Ore.

But as he pumped out another set of dumbbell flies at the East Area Family YMCA in Fayetteville, he found himself thinking maybe it wasn’t so far-fetched after all.

“I guess it makes sense,” Bacon acknowledged. “You’ve actually got a lot of recreation opportunities here, and the gyms are packed. I mean, what else is there to do in Syracuse?”

On Monday, Body of Work magazine released its annual “metropolitan fitness index” for U.S. urban areas of at least 500,000 people. Five years ago Syracuse cracked the Top 100, finishing 97th. But this week’s second-place finish was a stunner even to Bill Lindy, the magazine’s editor-in-chief.

“A lack of compelling cultural and entertainment options coupled, ironically, with the area’s notoriously harsh climate appears to be driving people to the gym,” Lindy said. “This is impressive stuff. Keep it up!”

While Portland retained its spot as the nation’s most-fit city, no urban area improved more than Syracuse, which finished ahead of such traditional workout meccas as Fort Lauderdale (11th), San Diego (eighth) and Boulder, Colo. (seventh).

One indicator is soaring gym memberships. One of every eight households in Central New York has at least one member who belongs to a gym (sixth nationwide), compared to 13 households in 2010. A surge in local outdoor endurance events, such as last week’s Syracuse Half Marathon, was also reflected in the ranking, as was a spike in dog ownership. People who have dogs tend to be more active.

Even lifelong couch potatoes have caught the fitness bug. 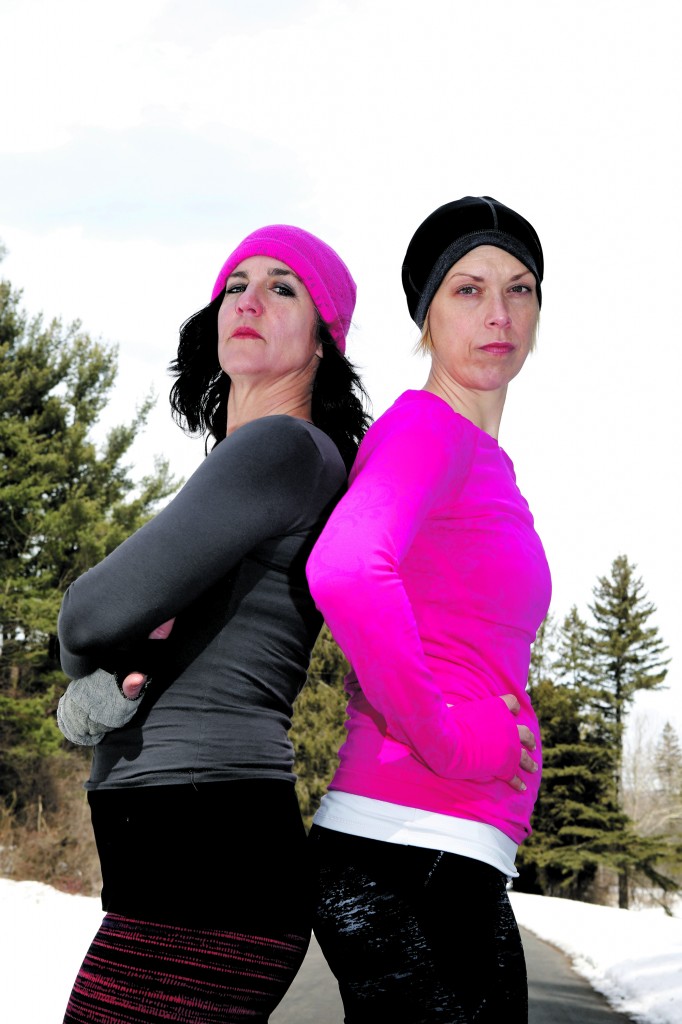 Rochelle Potts and Anastasia Grozerewczky have leaned on each other through their fat-to-fitness odyssey.

“Three years ago, we could barely walk a mile,” said Rochelle “Rocky” Potts, mother of four, who just completed the half marathon with her training partner, Anastasia Grozerewczky. The two became friends at the Jenny Craig in Fulton. While neither would reveal what she weighed previously, both repeatedly used the phrase “out of freaking control.”

“Let’s just say it wasn’t pretty,” said Grozerewczky, a waitress at the Butter Pat Diner in Volney. She once bested four men in a chicken wing-eating contest. “You wouldn’t have wanted to sit between us in coach.”

The fitness ranking was cheered by local leaders, at least those who weren’t too busy getting buff to comment.

“The information is out there if you want it, and it’s out there even if you don’t,” she said. “Ignorance is no longer an option. People are making healthier choices because they are better informed.”

Rebecca Ladler, a cultural studies professor at Syracuse University and an accomplished triathlete herself, has found that under favorable conditions, the core values of a community can become physically manifest in the population.

“Central New York is often portrayed as a tired, Rust Belt-y place, with high unemployment and alcoholism, a sedentary lifestyle and all that,” she said. “But when you dig past the stereotypes, you realize that this is an area with a tremendous work ethic, a place that built the Erie Canal, played a pivotal role in winning the Civil War and two world wars. It’s not a stretch to see how the communal capacity for work can transfer to a treadmill or an elliptical machine.”

Whatever the reason, for many Central New Yorkers, fitness has gone from a chronically unrealized New Year’s resolution to an obsession. Another success story is Solomon Bacon, who agreed to tell his story only on the condition that he be interviewed while spinning on a stationary bike at near-maximum effort. The 44-year-old, who has lost nearly 100 pounds in five years, recently finished 20th in the East Coast Stationary Cycling Championships, where wattage output is measured in punishing 10-, 30- and 60-minute sprints.

“It’s an amazing feeling to be on one of these bikes,” he said, “and to know that even though you’re not actually going anywhere, you’re pedaling so fast that you could light up a shopping center if you were hooked to the grid.”

Bacon spent much of his youth in Spain, where his parents were stationed with the U.S. Army. There he developed a love of Jambobo, a hearty dish of blood sausage, cured ham and peasant bread soaked in sangria. By the time Bacon moved to Syracuse in 1994, he had a 46-inch waistline and was pre-diabetic. 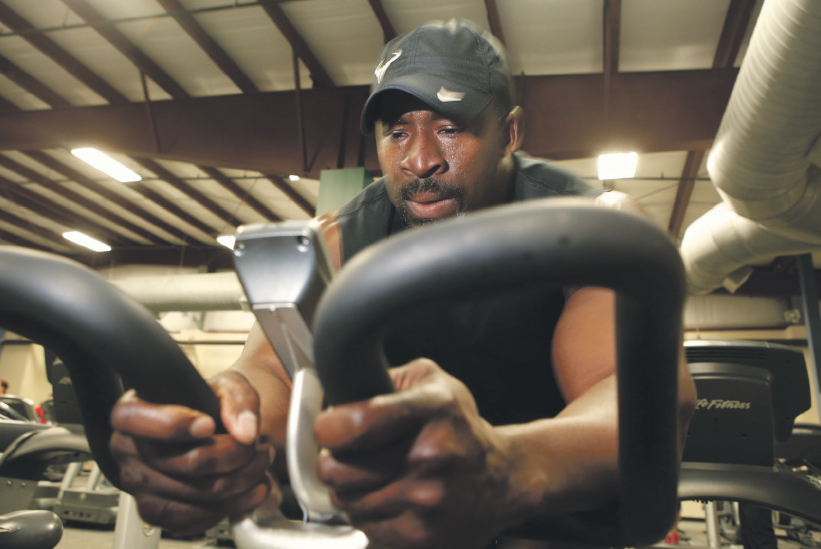 His life changed when, as a bouncer at Bill’s Place in Cicero, he broke up a fight, and one of the combatants tossed him a fistful of free YMCA passes. “Take these, fat ass,” the guy said. “You need ’em more than I do.”

Nothing has been the same since. Bacon now eats a strict diet of protein-rich ostrich jerky and kale, and his body fat is a sinewy 9 percent. Last year he married Jill Cafferty, two-time winner of the Tug Hell Gauntlet, a 75-mile obstacle course on the Tug Hill Plateau. Much of the race is run at night with the athletes wearing headlamps.

Heady stuff, indeed, but where is it all leading? The fitness boom offers promising implications for Central New York beyond personal health and wellness, experts maintain. Harl Baum, a sociologist at SUNY Tonawanda Falls, has found a powerful correlation between physical fitness and economic fitness.

“It used to be accepted wisdom that economic prosperity led to a more physically fit population,” said Baum. “But increasingly the data show the reverse to be true: Physical fitness is not merely an indicator but a predictor of economic growth.”

Increased confidence and creativity, higher energy levels and a willingness to embrace risk are all byproducts of a healthier lifestyle that can play out in positive, macro-economic ways, Baum added.

The message is clear: Look out, Portland, Oregon. By next April Fool’s Day, we might Zumba right past you as well.