The market at Clinton Square attracts roughly 3,500 shoppers a day to the 44 vendors

The threat of rain didn’t keep people away from the start of the downtown Syracuse Farmers’ Market on June 9. Purchases were made before the downpour cleared the market, now in its 43rd season. The market’s 44 vendors attract roughly 3,500 shoppers each week.

“Most of the (fruits and vegetables) aren’t in harvest yet,” said market director Chuck McFadden. “You get some early-season products that come up. The full array of the vegetables aren’t in season until the end of June.” 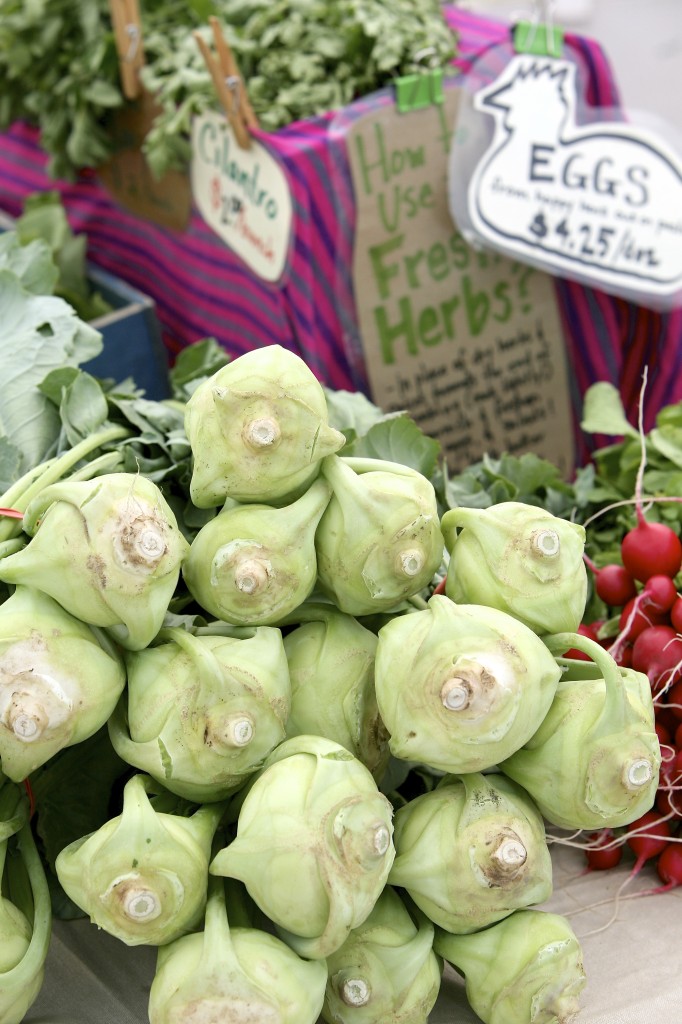 The market runs Tuesdays, 7 a.m. to 3 p.m., through October. It started as a revitalization tool for the downtown area and continues to work toward that goal.

McFadden is trying to entice more traffic earlier at the market, such as handing out giveaways to the first 50 people who attend before 10 a.m. The Food Bank of Central New York will also hold weekly cooking demonstrations to help shoppers learn how to prepare their purchases. Recipes that can be made from the fresh produce will also be available through the Onondaga County Public Library.

McFadden has noticed that smaller farms are becoming the norm at the market. “Some of the old folks are dying out and the kids don’t want to get into farming, and developers are buying out the land to build houses on,” McFadden lamented. “Finding new farmers is the hardest job in the world and the least payback of all time.”

JoAnn Delaney of Delaney Farms in Syracuse has been selling produce and flowers at the market for 31 years. She feels the market is all about getting to know the customers: “Many of them I’ve known for years. I know their names and know how they like their sweet corn. It’s all about relationships.”

Out-of-town vendors travel from farms and businesses in Wayne, Madison and Oswego counties. The market charges a vendors’ fee, which is used to maintain the operation. “All the money that the market makes, it goes back to the market. We actually run the market at a loss,” McFadden said. “We’re not here to try and make money.”

Jean Thomas from Camillus has gone to the farmers’ market since she began working downtown 39 years ago. She goes every Tuesday to get seasonal produce. The market’s menu usually features fruits, vegetables, bread, desserts, wine and teas, in addition to entertainment.

Oliver B. Paine Greenhouses, located in Fulton, has been participating in the downtown market since its first year. “It was started before we were married and we’ll be married 41 years this year,” said Cindy Paine. She and her husband started going to the market while in high school. 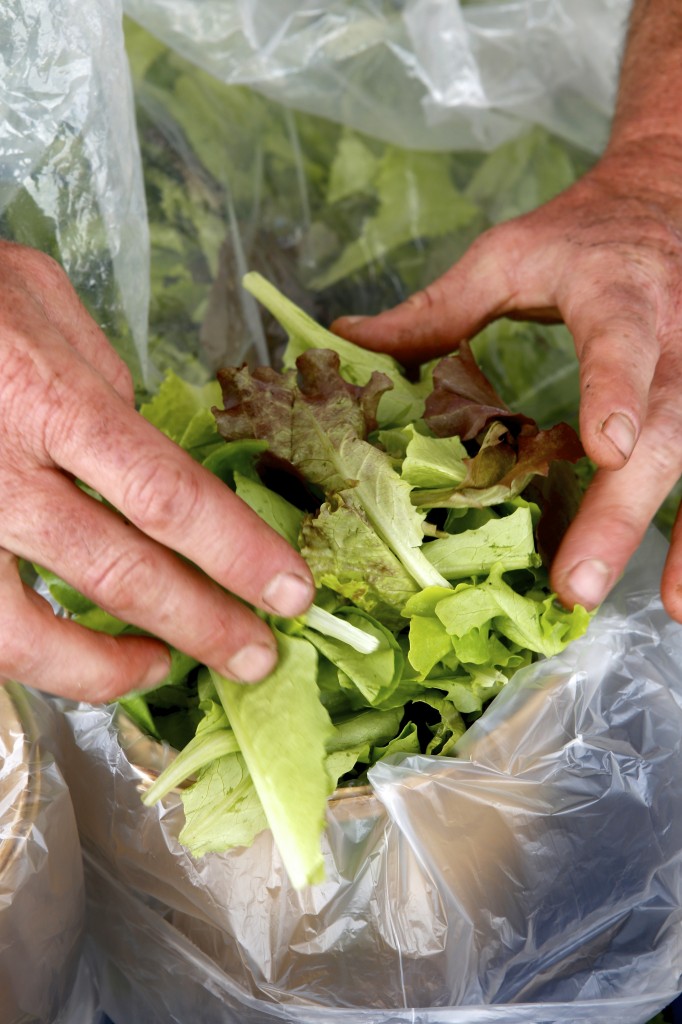 The Paines’ stand features annual and perennial flowers, herbs and hanging baskets. “It’s just a very nice setting with the grass and fountains and the trees,” noted Cindy Paine. “It’s much nicer than being in a parking lot.” Before it moved to Clinton Square, the farmers’ market took place in the parking lot at the corner of Washington and Clinton streets.

While the vendors compete for the same business, there is still a friendly feeling. “We all watch out for each other, and we try to help each other out if we’re having issues with wind or storms,” Paine said. “Farmers kind of stick together when they face adversity.”

For a bigger shopping destination with a family-oriented atmosphere, check out the Oswego Farmers’ Market on Thursdays, 4:30 to 8:30 p.m. There are balloon animals, cotton candy, the Children’s Museum of Oswego, the Oswego Bookmobile and local shops open along the street to occupy those with smaller hands.

The market, located on West First Street between Bridge and Oneida streets, has 60 vendors and typically lures several hundred shoppers each week, according to Danielle Hayden, assistant director for the Oswego/Fulton Chamber of Commerce. On Thursday, June 18, the market will feature bike safety tips provided by the police department.

“If you’re a shopper at a farmers’ market, you’re getting as fresh a product as you can get;” said McFadden. “You create a relationship with who’s growing it; you get ideas on how to cook it; you get the opportunity to barter. You can enjoy the ambiance of the open-air market. We have several different vendors who are selling prepared food. It’s a festive kind of thing.”

Other farmers’ markets in the area include: