Is Syracuse Ready for this Crude Oil?

When you think of crude oil, you might think Texas, or Louisiana. You probably don’t think North Dakota, and you certainly don’t think Syracuse.

But a vast new find in North Dakota’s Bakken Shale oil fields has begun to produce so much oil that the nation’s pipelines cannot get it to refineries fast enough. The surplus oil makes its way to coastal refineries on railroad cars that experts call unsafe.

The main trunk line from North Dakota east runs through the Midwest and past Syracuse to Albany, where the oil is moved onto barges for the trip down the Hudson River. Every two and a half hours, a train of 100 cars leaves North Dakota laden with crude oil, and it is a variety that safety experts fear is too volatile for the cars that haul it.

Since a fire and explosion in July destroyed part of Lac Megantic, Quebec, Canada, and killed 47 people, rail safety experts have called for changes in how this oil is transported. On Jan. 28, Gov. Andrew Cuomo directed three state agencies to come up with plans for stricter oversight of oil shipments. 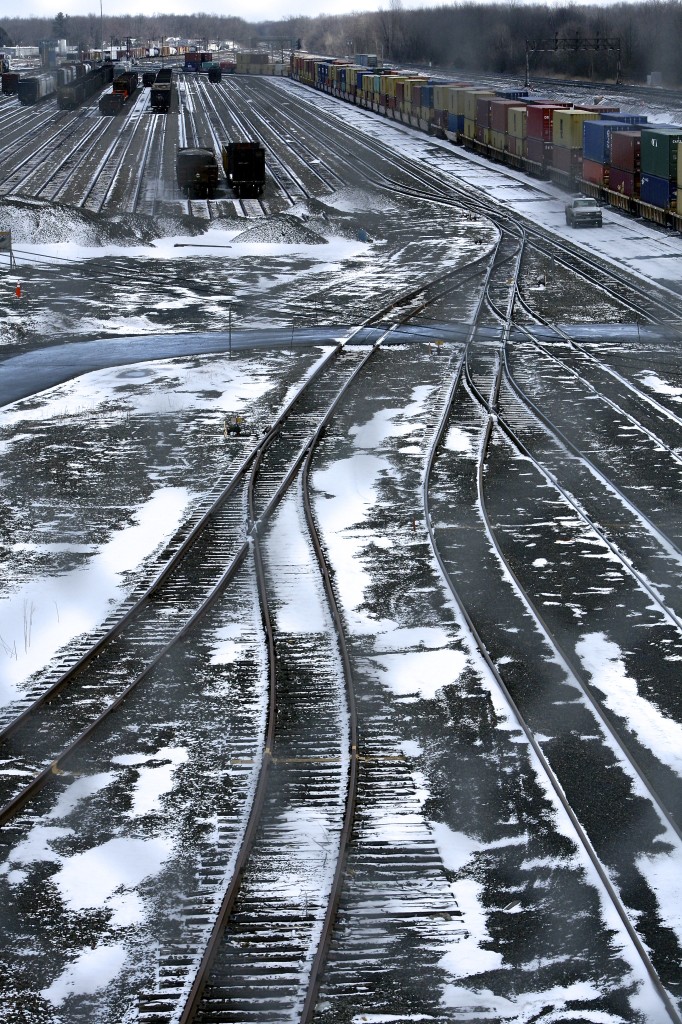 Yet Onondaga County has yet to take any steps toward achieving that readiness. The Syracuse deputy fire chief responsible for hazardous materials says that the county is still trying to get information from the railroads and has done no training specific to the derailment of a shale oil train. The county official responsible for emergency management has ignored repeated requests for information about the shipments or about plans for dealing with accidents.

In DeWitt, long freight trains move slowly in and out of the rail yard, a hub for the railway operator CSX Corp. Robert Sullivan, who speaks for the railroad, says it moves “about 14 trains with oil per week,” but CSX will not tell the public if Bakken oil goes through the DeWitt hub. Sullivan calls that commercial information, but adds that “CSX has a long history of working with emergency responders across its system and makes information about the materials handled available to those agencies on request.”

Just a few hundred yards from the eastern end of the yard, four firefighters shoot the breeze at Minoa’s Fire Station No. 1 on a chilly early spring evening. None of the volunteer firefighters had heard anything about shale oil coming through, much less been trained for an accident involving the oil. 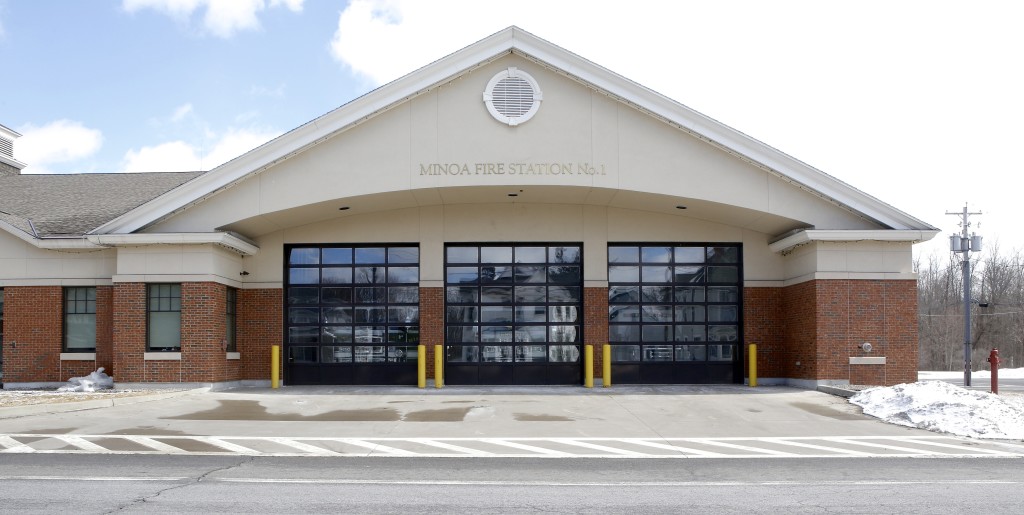 Firefighters at Minoa Fire Station No. 1 work just a few hundred yards from the CSX Corp. rail hub in Dewitt. If a shale oil accident were to happen in the hub, those firefighters would likely be among the first to respond on the scene. (MIchael Davis photo)

“CSX is pretty tight-lipped,” said the senior man in the room, who did not wish to give his name. “They don’t tell us anything.”

“If anything happens in the yard,” he said, “we’re the ones who get called. Usually it’s just a boxcar fire, or a spill of some kind.”

The older firefighters can recall a hazardous materials training class perhaps six years ago; the younger ones say they haven’t had any such training.

At the fire station closest to the CSX yard, no one has had training in how to handle a shale oil explosion or fire.

Larry Mann literally wrote the book on railroad safety. He was the principal drafter of the Railroad Safety Act of 1970. Mann, an attorney in Washington, D.C., works for the railroad workers union, testifies before Congress regularly and has spent a lifetime advising carriers on rail safety issues. Mann believes that local emergency responders should already have been trained in how to deal with Bakken Shale oil.

“I would be shocked if they haven’t been trained by the rail company,” Mann said in February by telephone from his office. “They can get training and information. The railroad will provide it.”

On a Mobile Device?
CLICK HERE to continue reading