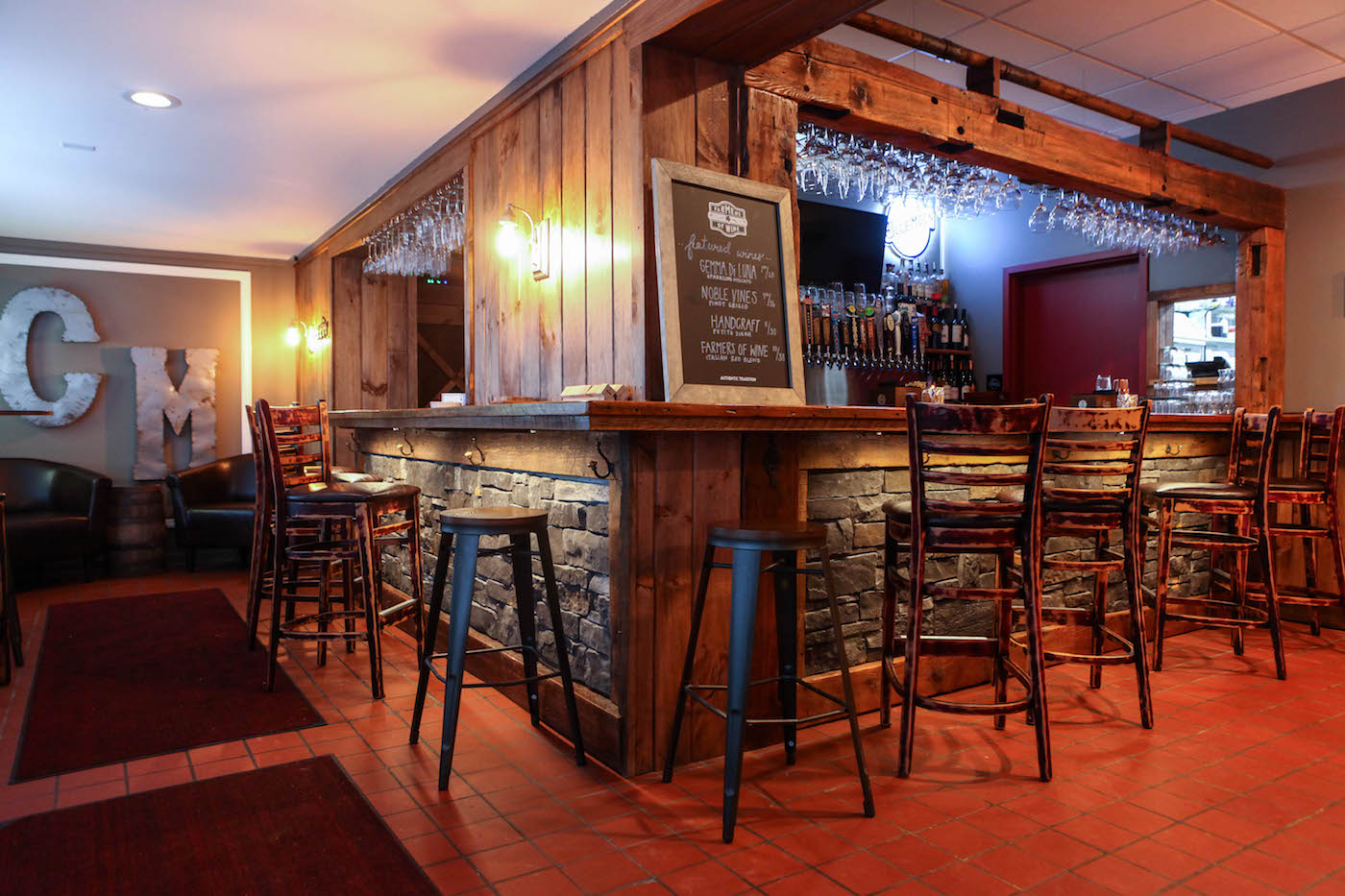 The second time around appears to be the charm for The Cider Mill. This restaurant in the western suburbs of Syracuse has survived flooding and a devastating ice dam and roof collapse in March 2015 that left the place heavily damaged. 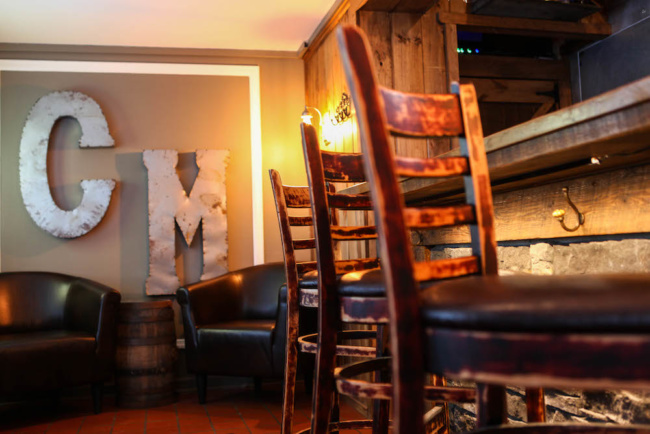 The venue, on the site of a former mill and apple cider operation, now wears a brilliant shade of red on the outside. It has also been completely renovated inside to include a comfortable dining room with fireplaces, an updated kitchen and a bar with 16 beer and hard cider taps, dozens of wines and menu of craft cocktails.

Co-owner Dan Seeley is elated after the first month of operation for what he calls “The Cider Mill 2.0.” When it debuted in 2014, The Cider Mill was a seasonal restaurant, opening in the fall and shutting down in the spring, when Diamond Catering, which operates out of the same building, kicked into high gear for the summer season of weddings and parties. Now the restaurant will be open year-round, for dinner only, offering a modern American menu with an emphasis on “everything from scratch” and more of a “fine dining” vibe than it had previously.

“We’ve had a bit of blowback about that,” Seeley says. “We’ve changed our direction in a way that we really wanted to go. When you have this much talent in the kitchen, you have to harness it.” 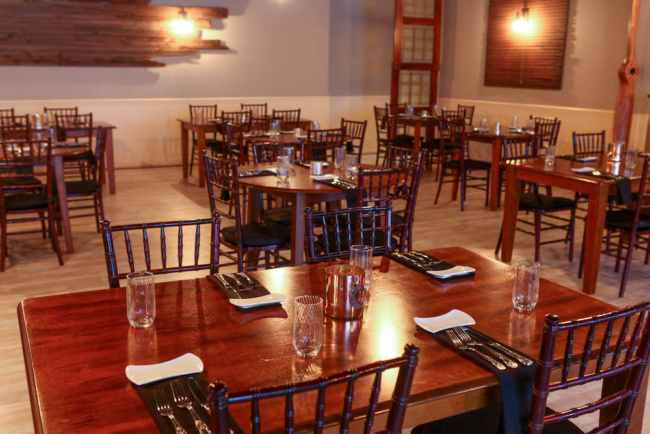 In the kitchen is executive chef Andrew Field, who has been with The Cider Mill and Diamond Catering for several years. Before that he served as chef de cuisine at the former Club Two One at Turning Stone Resort and Casino. He’s joined by chefs Kyle McElhinney, Stephen Theiner and Liam Kane. At the front of the house is general manager John Neville, former food and beverage manager at Sky Armory. A new addition to the team is pastry chef Esther Houston, formerly of 83 & Company, who brings to the party rolls, scones, focaccia, biscuits and nightly desserts like blood orange chocolate chip cookies, sandwiched with Chambord fluff, spiced candied pistachios and raspberry jam, and served with glass of cold milk.

“It’s such a pro kitchen,” Seeley says. “It’s like I’ve assembled this amazing all-star team and I’m riding the wave.”

The Cider Mill is at the site of the former Morey’s Mill, 4221 Fay Road in Onondaga, a popular destination for cider, doughnuts and fried fish back in the day. The bar is built around cider barrels from the mill and the restaurant is decorated with artifacts and mementos from Morey’s. On a recent weeknight, Seeley says, former owner Gwynn Morey, now 98, stopped in for dinner.

Dinner is served Mondays through Saturdays, starting at 5 p.m. For information, call 487-0647 or visit thecidermill.us

Cazenovia’s Brewster Inn, 6 Ledyard Ave., is changing things up this winter by offering a “Chef’s Table” series on some Friday evenings. Think of it as dinner and a show: The chef’s table offers guests an intimate, interactive experience with the inn’s chefs. Guests have the opportunity to speak with the chef, ask questions and see meal courses as they’re being prepared.

The menu changes each week but typically features an appetizer, soup or salad, entree and dessert, as well as other small gifts from the chef. Wine pairings are available for an additional fee. Past themes have included South American/Peruvian cuisine and have revolved around special ingredients, like truffles.

In an email announcing the events, chef de cuisine David France said, “We are very excited to bring this chef’s table series to the public. There are so many interesting cooking styles from around the world that we want to share with our guests. We ask that people come with an open mind and a culinary curiosity. We promise we can offer something fun, different and always delicious.”

Remaining dates in the series are Feb. 24 (traditional Spanish tapas) and March 3, 10, 24 and 31. Menus are posted the Monday before each event at thebrewsterinn.com/friday-chef-s-table and facebook.com/thebrewsterinn.

The Brewster Inn serves dinner nightly, with Sunday brunch served on a seasonal basis, March through December. For information, call 655-9232.

Margaret McCormick is a freelance writer and editor in Syracuse. She blogs about food at eatfirst.typepad.com. Follow her on Twitter, connect on Facebook or email to [email protected].

Free Will Astrology
CNY Events for a Lovely Weekend
To Top