The winter of 2015 has been long and cruel. Dan Seeley, his wife, Teresa and their children escaped it for a few days of warmth and sun earlier this month, then received the news that an ice dam had “let loose” and caused part of the roof to collapse at The Cider Mill, causing extensive damages to their recently renovated restaurant on Fay Road, in Onondaga.

The good news: No one was injured when the roof caved in March 10. The bad news: The Cider Mill is closed until further notice. Windows are boarded and there’s a tarp on the roof. “It looks like a bomb went off in here, it really does,” Dan Seeley said last week. 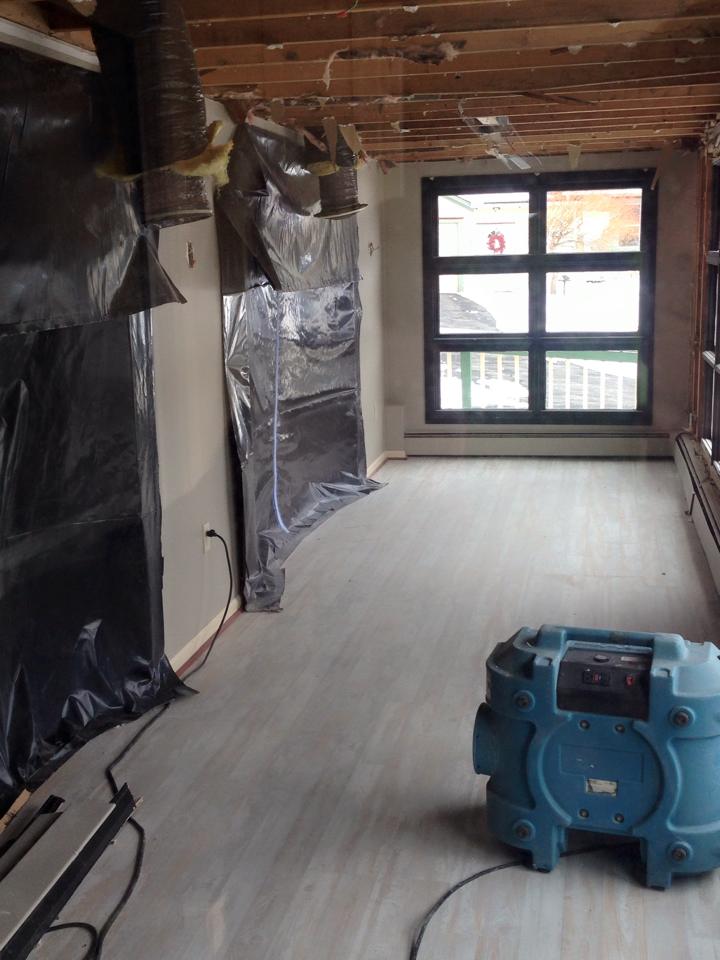 The silver lining: Damages are limited to the front of the building. The kitchen wasn’t affected, so it’s business as usual for Diamond Catering, the Seeleys’ original business at the site. One of their catering jobs last week, Seeley said, was for a local business that reopened after being destroyed by fire.

The job gave him hope. The majority of his time has been occupied by meeting with insurance adjusters, engineers and contractors to determine the full scope of damages and come up with a time frame for repairs, reconstruction and reopening. Steps forward are small and the process seems daunting, Seeley said, “but we created a good thing here and people love it. We want to keep that going.”

Seeley said last week that he and Doug Clark, who he hired last summer to serve as executive chef at The Cider Mill, have “mutually decided to part ways.” Together they created a casual, upscale menu built around “comfort food with a twist.”

“It looks like we’ll be getting an entire new front to the building. Floors, ceilings, walls, windows and decor,” Seeley said Sunday in an update on The Cider Mill’s Facebook page.  … “While we’re unable to open we are working on new menu items for the reopening. Today chef Andrew Fields was making what you’ve all been asking for….. house made fried cakes and apple fritters. These ‘Morey’s’ favorites, along with homemade apple cider ice cream, will give you all something to think about while we rebuild.”

The Cider Mill/Diamond Catering building on Fay Road is known by many as the former home of Morey’s Mill, a popular destination for fresh apple cider, homemade donuts and Friday fish fry. The building dates to 1963. Former owner Gwynn Morey was on hand when The Cider Mill opened in November, and the restaurant is decorated with art and artifacts from the old Morey’s, including cider press parts and vintage menus.

For more information on The Cider Mill, including repairs and reopening, visit Facebook.

For more information on Diamond Catering, visit the website.