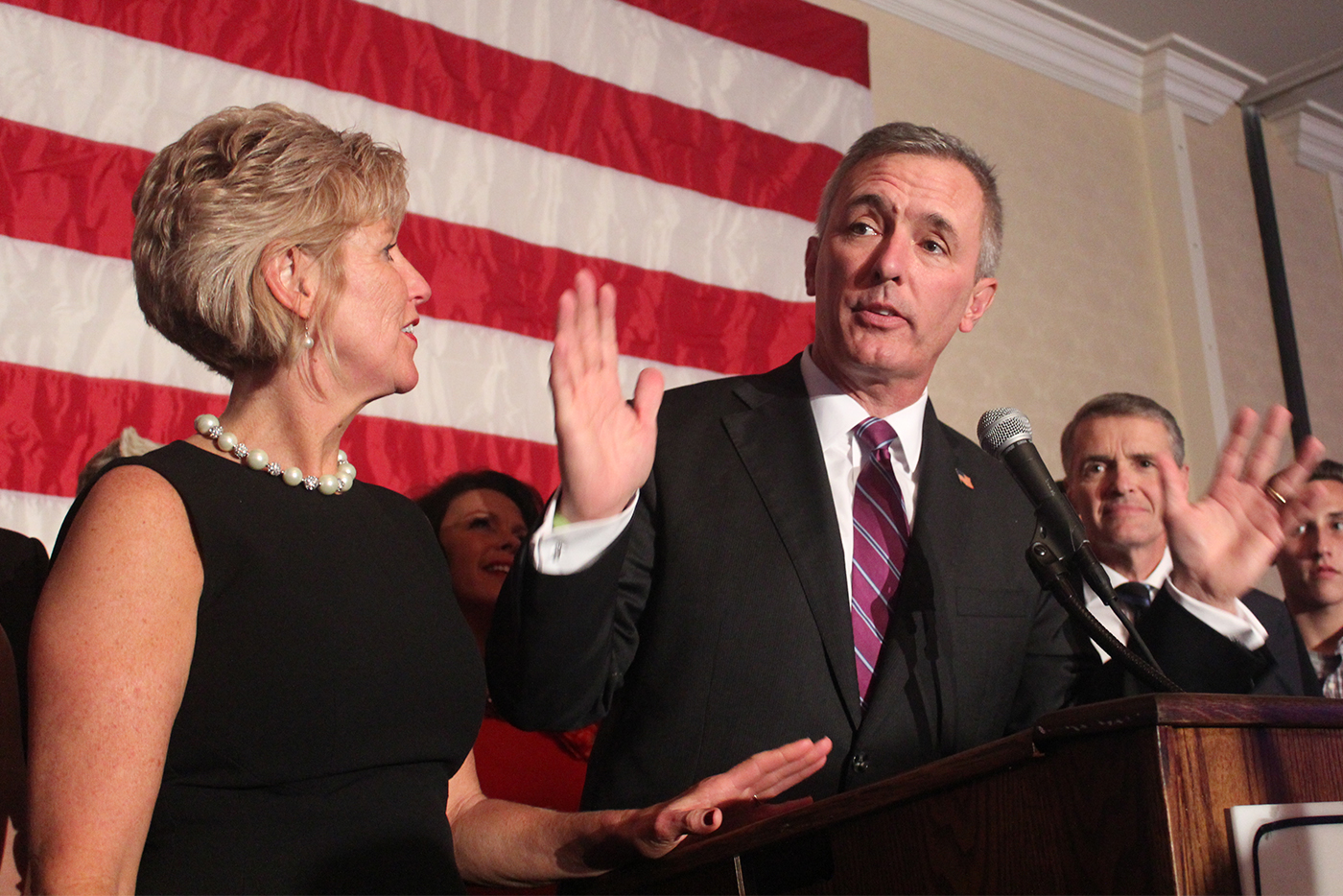 Cheer And Gloating At The GOP Bash

John Katko and other GOP contenders reigned supreme on Nov. 8.

On election night, the local GOP headquarters attendees at the Sheraton Syracuse University Inn celebrated as President-elect Donald Trump acquired the electoral votes. The Fox News Channel updated digital maps with glowing, color-filled counties from across the country in game-show scoreboard fashion. However, as some may feel the states were bleeding out, the tone of the Central New York GOP took a different approach from that of their candidate.

The energy in the hotel’s banquet room was definitively passionate, but that would be true of supporters of any party’s victorious candidates.

The host for the evening, Onondaga County Comptroller Robert Antonacci, took to the podium in place of GOP Chairman Thomas Dadey Jr., who was in New York City.

“Ladies and gentlemen: What do you think?” Antonacci addressed the attendees around 9:30 p.m. The crowd was predominantly Caucasian, wearing suits with or without red ties, Syracuse Orange gear and Trump shirts blatantly or beneath sweaters. For a photo, one gentleman stood next to a sign and lifted his sweater like a spring breaker, showing off his hidden support.

In turn, hidden support revealed itself to be a theme of this 2016 election. Like many of the people in attendance, the world felt shocked to witness the rise of Trump. As the polls were closing and votes were counted, people weren’t afraid to vocalize their feelings of a doomed America. 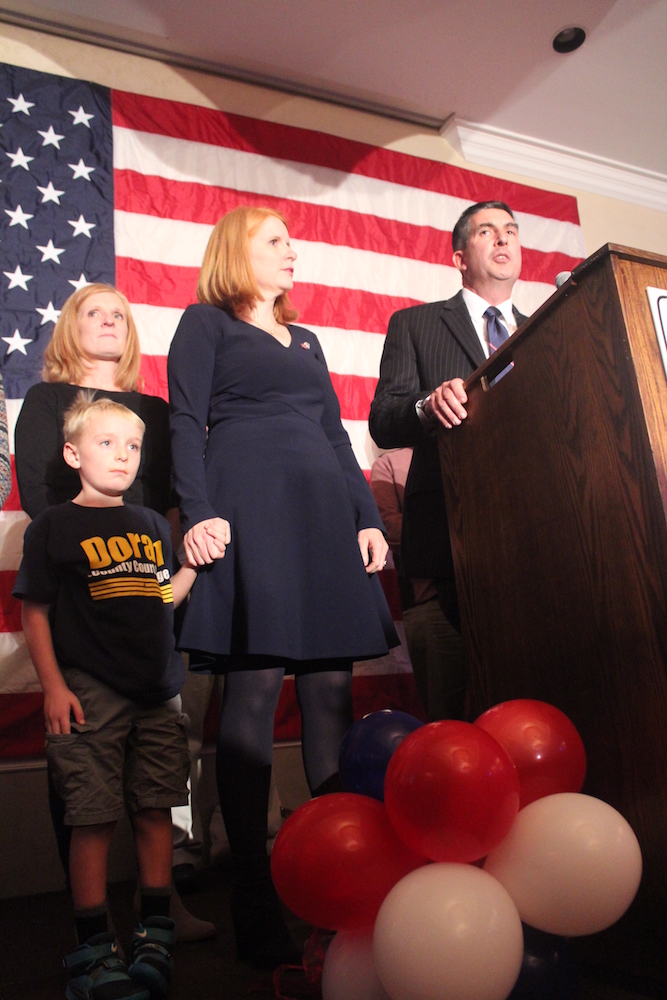 How could such a thing happen? The nationwide Democrats, whose registered voters contained closeted GOP supporters, were torn after the Bernie Sanders ordeal. The voter turnout was lower than expected.

At the beginning of the party, Trump’s electoral votes were in triple digits and Secretary Hillary Clinton’s rested in the upper double digits. As the local and state election votes trickled in, the candidates stepped to the lectern to accept their wins.

“It’s really an exciting event. It will set the direction of this country for the foreseeable future,” said the unopposed state Sen. John DeFrancisco. “The pundits on all the (cable news) stations, they don’t know a goddamned thing.”

DeFrancisco and Antonacci would give more updates during the evening, with the senator stating that he couldn’t believe he was quoting a projection by The New York Times in regard to Trump winning it all.

Michael Manfredi of the Onondaga County District Attorney’s Office introduced his mother, Martha Mulroy, as she reclaimed her seat in an unopposed race for Family Court judge. She commented that she appreciated the young people for voting and being in attendance. “There are two ways to run a race: opposed and unopposed,” she said, crediting DeFrancisco for telling her that.

State Supreme Court Judge Deb Karalunas expressed her gratitude, while Gary Finch, assemblyman for the 126th District, said it was a great night to be a Republican. During Finch’s speech the cheering Trump supporters drowned out his words while he dealt with the evening’s temperamental microphone. The longtime politician, first elected to the New York State Assembly in 1998, gave a nonpartisan message about voting and allowing the people to decide.

The bell curve of excitement hit its crescendo around 11 p.m., as the surprised GOP supporters reveled in the excitement. Arms and fists fired into the air, people jumped and others gave out hugs. Others were streaming live video of the party before reversing the camera on themselves to capture their own celebrations, complete with chest-pounding and grabbing a Trump lawn sign.

As the night wound down, Onondaga County Court Judge Matt Doran and incumbent Congressman John Katko experienced the same audible issues when thanking the crowd. Doran, who currently works as a chief assistant district attorney, went through the gamut of thanking his entire team, which included a strong family presence.

Katko, who took 69 percent of the vote to reclaim his seat over challenger Colleen Deacon, said he’s just getting warmed up. He was the only Republican candidate to be vocal about his non-support of Trump: “I don’t represent Republicans, Democrats or independents. I represent all of you.” Katko also explained that he was late to the party because he was trapped with his family inside the hotel’s stalled elevator.

After the press interviews wrapped, and after Antonacci retracted his error about the bar closing at noon, Doran was glimpsed sitting outside the banquet room at one of the tables. Next to him was his mother-in-law. In his lap was his sleeping youngest son, his head rested upon his father’s shoulder. It was a reminder at the end of the day that no matter what happens, there are the things we all should appreciate and embrace.

Snow Guide: A Promising Flake Effect Forecast For Ski Areas
How Trump Pulled It Off
To Top