A.J. Goss is a “reverse commuter,” driving each day from his apartment in Armory Square to his dental practice in Liverpool.

He’s living in his second apartment in Center Armory. After two years in a smaller place, he’s lived in the 1,200-square-foot, two-bedroom, 1½-bath apartment for two months.

He almost rented a place near the Dinosaur Bar-B-Que, but the courtyard drew him to Center Armory, a retail and condominium complex built in the mid-1990s on what was a gravel parking lot. The condos are clustered around a center courtyard to resemble a small village.

“This courtyard is totally unique,” he said. “I feel like I’m part of a community. There are two grills outside, and in the summer there are impromptu gatherings. That’s what distinguishes this from an apartment that’s a door at the end of a hallway.”

“The courtyard space and the (underground) garage made it a slam dunk,” he said.

His first apartment in Center Armory had a better view, but the current apartment faces into the courtyard, not out onto Armory Square. 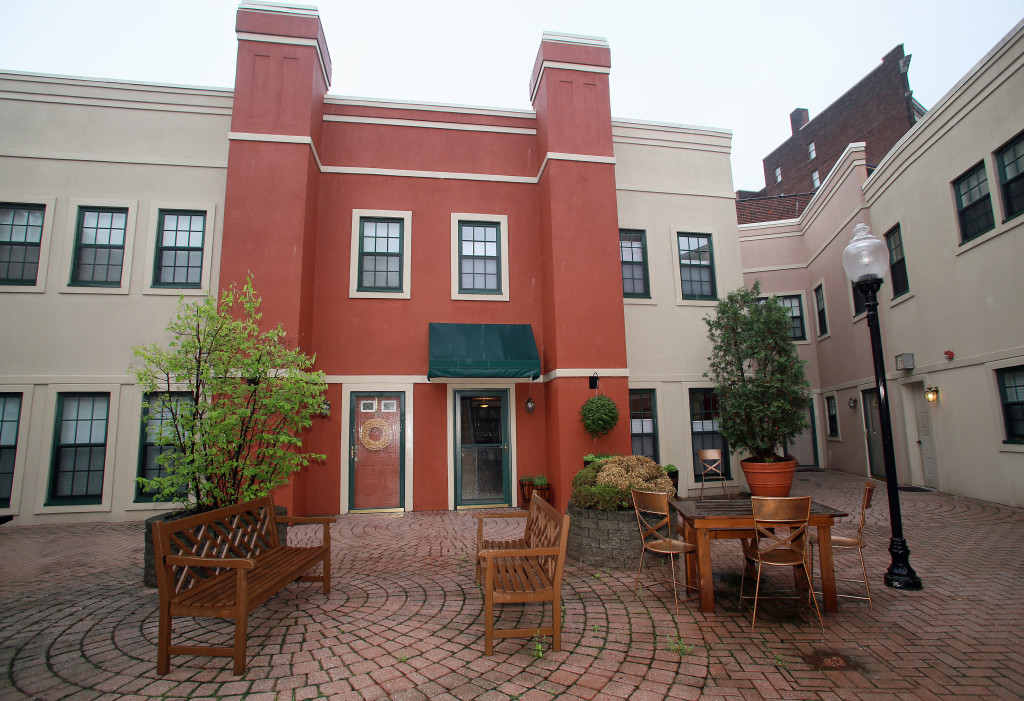 “You lose the view, but you also lose the street noise.”

Goss said his rent is a little over $2,000 a month, plus heat. He also pays extra for a spot in the underground parking garage.

The apartment’s owners are also residents of Center Armory. When they purchased the apartment Goss lives in, they got rid of the “Smurf blue” paint and enlarged and renovated the kitchen. It took eight men to carry the single piece of granite for a counter in the kitchen, Goss said. That counter has become the hart of the apartment. 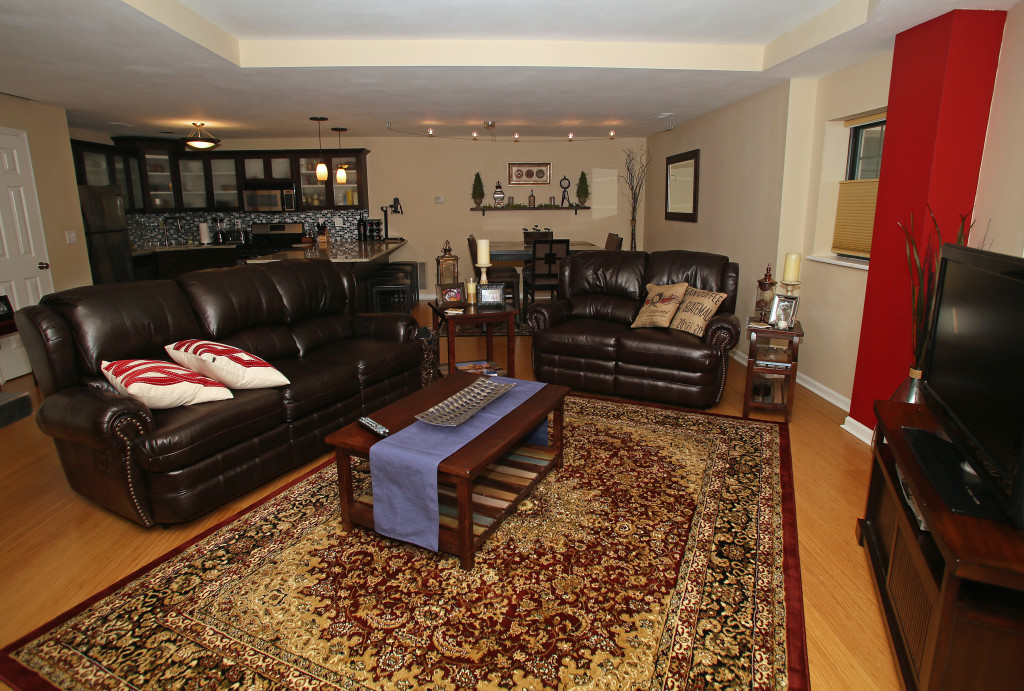 “Everybody comes in and sits at the counter,” he said. “They gravitate to it.”

Goss said he enjoys cooking, but even when friends come over for dinner, they always seem to end up somewhere in Armory Square.

“I feel like I’m in the middle of things living here. It’s a nice little hub to be in.”