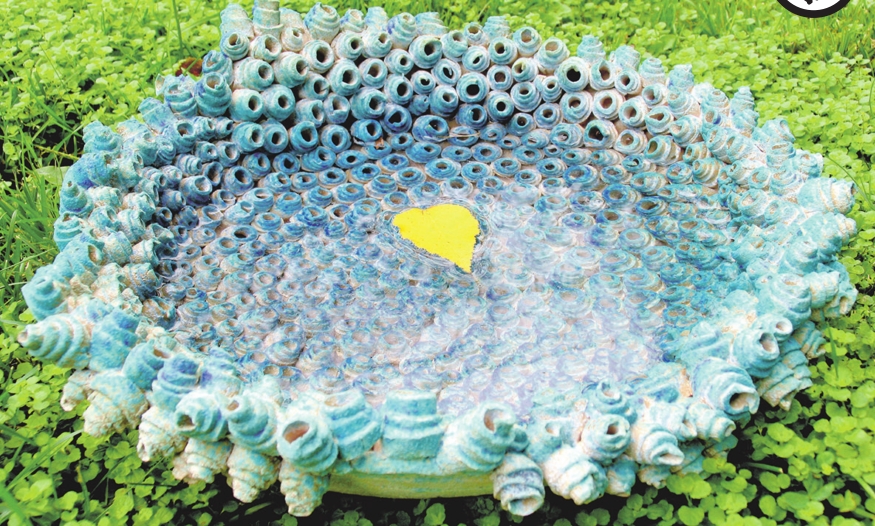 On Saturday, Oct. 5, the Cazenovia Art Trail kicks off its second edition, an event encompassing 16 sites ranging from artists’ studios to Cazenovia Artisans, a cooperative gallery, and Cazenovia College. The trail stretches out geographically as well; it moves from a cluster of venues on or near Albany Street in the village to sites like New Woodstock Library and Stone Quarry Hill Art Park, both on the outskirts of Cazenovia.

That format differentiates the event from urban art trails centered on a city neighborhood such as the Westcott Nation or Strathmore. Organizing a spread-out art trail seems to pose a risk of minimal traffic at some sites, but Cathy Savage, chair of the steering committee for the Cazenovia trail, says that hasn’t been a problem. “Last year people did drive around,” she said. “We had signup sheets at all locations, and roughly 30 people showed up at each site.”

Savage says the trail doesn’t focus solely on art for viewing; there’s a strong interest in opportunities for the public to see work being created or to discuss that process with an artist. “Liz Lurie, a potter, will be showing off a brand-new kiln,” she said. “She’s one of several artists who will be doing demonstrations. Last year at Cazenovia Artisans there was a chance to see weavers doing their work or pots being thrown. One of our art trail’s strengths is the opportunity to talk to an artist like David Harper about his wood sculptures.”

In addition, the trail is flexible enough to include studios in artists’ homes, Eugen Doering creating wax sculptures in the barn at Stone Quarry Hill Art Park, and locations where several artists are displaying their pieces. By definition, Cazenovia Artisans is a group site with photos, ceramics, baskets and other artworks on display.

Cazenovia College will present work by nine members of its community, including students, a couple of alumni, a staff member and three members of the faculty: Amanda Jensen, who does fiber works, sculptor Jen Pepper and ceramist Jeremy Randall. The pieces won’t be displayed in a gallery setting but in the Jephson building, a new facility with a full complement of studios. Joan Brooks, the college’s director of development, says there will be an Oct. 5 event celebrating both the new facility and the college’s art programs.

Finally, Savage clearly hopes people will visit the various sites making up the Cazenovia Art Trail. At the same time, she says that there’s an interest in highlighting nearby cultural venues even if they aren’t part of the trail. “We encourage people to visit venues like the Lorenzo State Historic Site or the Pompey Historical Society campus,” she said. “They are doing important work in their own right.”

Power of Light
Images and Reflections
To Top