With a new CD set to drop, Driftwood visits the Lost Horizon on Friday

It’s hard not to have high expectations for anything new from Driftwood. Since their debut album dropped in 2009, they’ve been steadily growing in popularity and power, electrifying audiences that come to hear their acoustic-based show with fiddle, banjo, guitar and upright bass. Their past albums, Rally Day and A Rock and Roll Heart, have done well to tide fans over until the next show or record, but the Binghamton-bred band’s bread and butter has always been in their rapport with the audience–drawing them in one rowdy tune at a time.

The band’s new self-titled disc, due Dec. 3, marks a major step in their growth. The production is clean, but not to the point that their raw acoustic sound and honest voices turn synthetic. It’s natural, with the little nuances–the gruff edge of a voice, the squeal of a bow digging in–that make real music so appealing.

The album also allows the sensitive and careful side of the band to shine. To be clear, it’s not that songs aren’t fully loaded with energy: It’s that they control and focus it better than ever before.

“High School Paycheck” serves as a mostly mellow opener, growing in energy as many of the band’s songs do, but not hitting the pitch that others, like “The Sun’s Going Down,” jump to. Also unassuming at the start, “The Sun’s Going Down” bursts when Claire Byrne brings licks all the way up the fiddle before their stunning harmonies bust at the seams with claps to keep the pace. Pick work from both Joe Kollar (banjo, piano, drums, percussion, organ, vocals) and Dan Forsyth (guitar, vocals) steadily helps the songs chug and Joey Arcuri’s command of the upright bass secures the group. 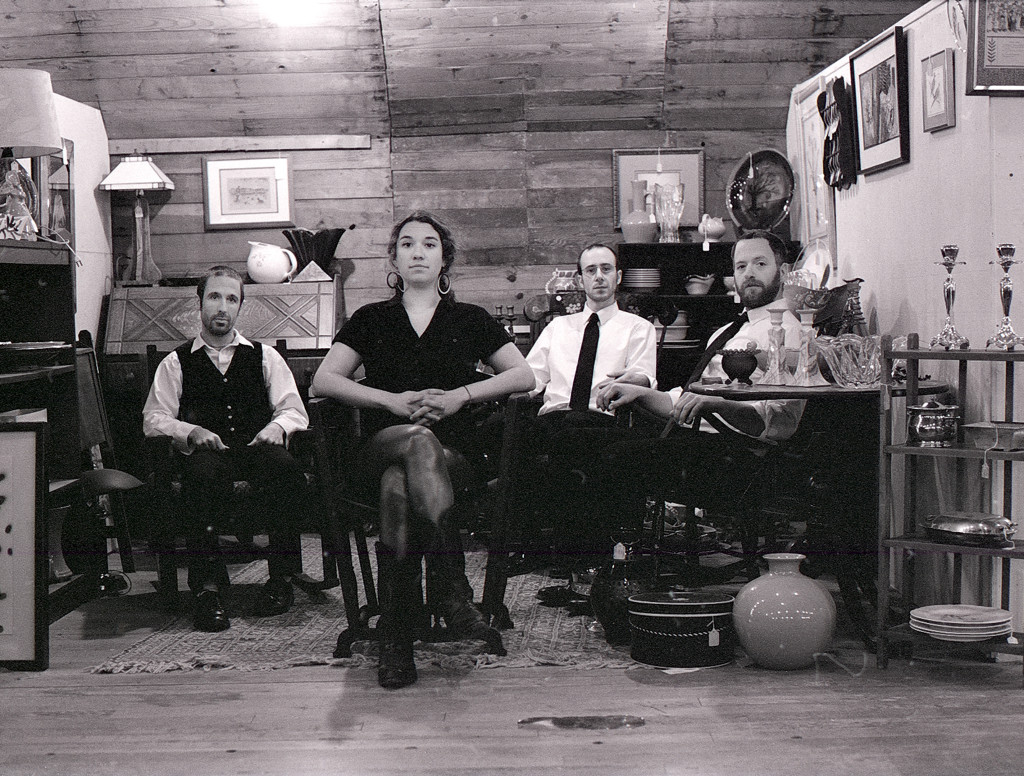 Easily the runaway of the album is “Before I Rust,” written by Forsyth, but sold by Byrne. Passionate, fiercely direct and potent lyrics are delivered with utmost conviction through Byrne’s solid pipes, convincing everyone, “I want it so bad/ Surely I will/ Surely I must/ Somebody get me there before I rust.” On top of the striking vocals, the song takes an eerie turn where Arcuri gets to experiment with dissonant bass strokes and Kollar brings menacing keys up in the back before the song builds to its powerful resolve.

The songs never slack nor bore, as they drift into more traditional-sounding bluegrass tunes like “Time Is” and letting Byrnes’ classical roots show on “Outer Space.” “Buffalo Street” gets down in the way the band is known best and “Brother” softly closes the album.

The CD was a year in the making.

The band had tried to coordinate recording with Robby Hunter, a local Grammy-winning engineer with Branford Marsalis, and eventually started recording in the Enfield Baptist Church about a year ago. The room was recommended to the band by Jeb Puryear of Donna the Buffalo, who also helped produce some of the record. But the venue required the band to work in spurts, bringing equipment in during the week and clearing it out for weekend church activities. They also cut tracks during the winter, but the heating system was so old and loud that it had be turned off every time they turned equipment on to record. (“It was cold,” Forsyth confirms.)

The band also recorded some pieces of the puzzle at Kollar’s Yellow Bike Studio, and “The Sun’s Going Down” at Nashville’s Farmland Studios in Nashville. The band was touring when a friend in Music City invited them to stop in while they were there.

“It was funny,” Forsyth says. “We didn’t really think of it like we nailed it. We were just tired and touring and did it to do it. Then we got home and it sounded great. We did some overdubs at Joe’s place and that was it. It’s nice to be on the road like that. You’re in the zone the whole time, already warmed up for the studio.”

The band is working up to their release date by selling the album at various shows as a thank you to supporters of their Kickstarter campaign, which raised the band $23,000. The money goes to the album and to a radio campaign that should have the band back on the road in the spring. Until then, they’re soaking up the home-state love.

“We’re revved up to play Syracuse,” Forsyth says. “It’s been too long! It’s always a great crowd. We love coming there.”

Here Come the Sammys
Points of Reference: Nov. 22
To Top