The prize is for artists who speak for the less fortunate and serve as forces for social change, as Guthrie and Seeger did.

A few months ago, renowned banjo master and Syracuse native Tony Trischka received a call from Nora Guthrie, asking him to perform at a Feb. 22 event at New York City’s Symphony Space. Trischka’s good friend and mentor Pete Seeger would be honored with the first-ever Woody Guthrie Prize.

“She asked if I was interested in playing with her brother, Arlo, and I said yes, that it would be great to do it,” Trischka said about the invitation from Woody Guthrie’s daughter. “Pete was such an influence on me early on, on the banjo and on the power of music to make a change in the world.”

Appropriately, the prize is for artists who speak for the less fortunate and serve as forces for social change, as Guthrie and Seeger did, said Deana McCloud, executive director of the new Woody Guthrie Center, in Tulsa, Okla. Nora Guthrie has been working with the center, about 100 miles from Woody’s birthplace in Okemah, Okla., for the past several years to create a place to promote and celebrate her father’s legacy. 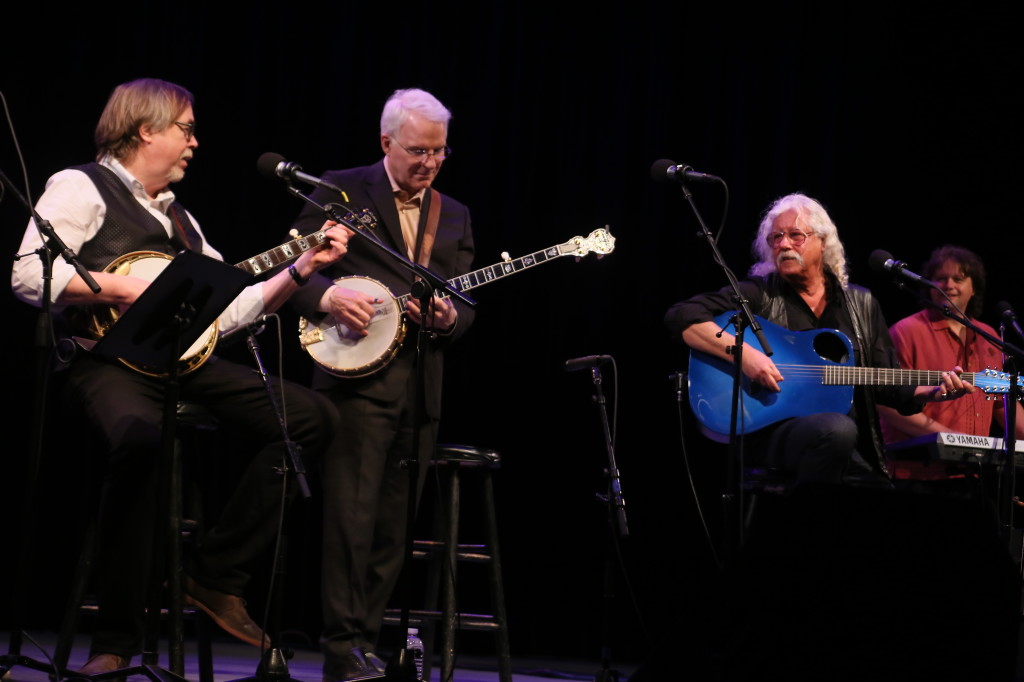 Seeger–a singer, songwriter, political and community activist who was one of Woody Guthrie’s closest friends–did not live long enough to accept the award. He died Jan. 28 at 94 after a brief illness. His grandson, Katima Cahill Jackson, accepted the award at the Symphony Space event.

Trischka, who lives in New Jersey, had traveled to Beacon, in the Hudson Valley, to visit Seeger at his home about a week before he died. Trischka said Seeger was “still burning bright.”

Trischka and Seeger cozied up to his woodstove and traded stories. Ever the scholar, Seeger recited (correctly) Shakespeare’s 23rd sonnet and then went on to recall the Gettysburg Address. Seeger also grabbed his banjo and played one of Trischka’s favorites, “Quite Early Morning.”

He loved Seeger, Trischka said, not just for his fine playing on the five-string banjo, 12-string guitar, his raspy voice or his bravery in standing up for social justice and the environment. And it wasn’t about the laundry list of awards, including Grammys at age 87 and 92.

“He was amazingly humble, and he had a positive attitude about the world,” said Trischka, who noted that Seeger was often embarrassed by the attention he received.

When Trischka took the stage at the Feb. 22 show, Nora Guthrie introduced him by saying she was so happy to bring out “an old dear family friend.” 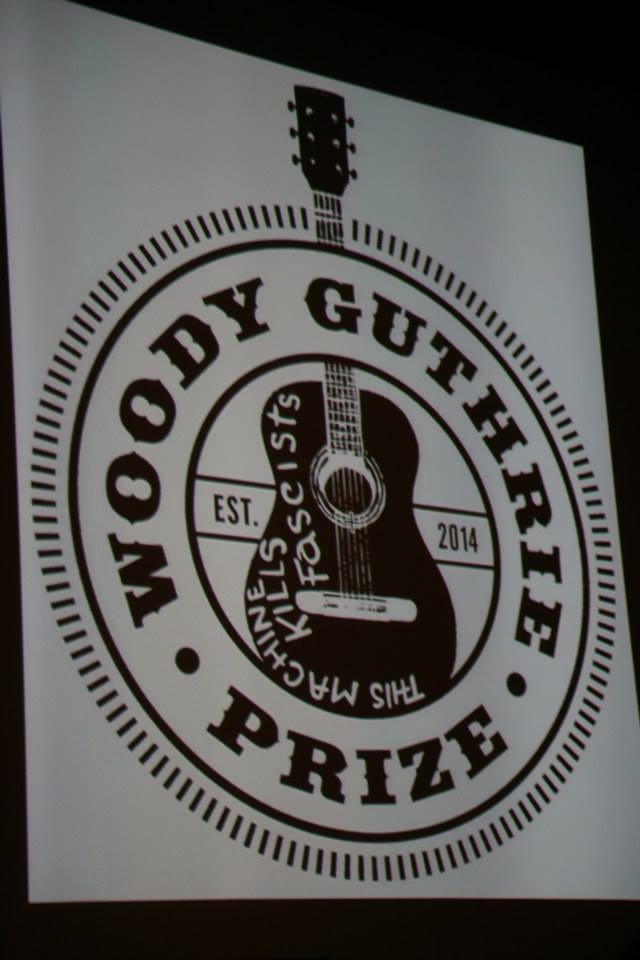 “It’s a great honor to be here,” Trischka told the sold-out crowd.

After renditions of Irving Berlin’s “Blue Skies” and Woody’s “Do, Re, Mi” with guitarist and vocalist Michael Daves, Trischka introduced Cole Rotante, Woody’s grandson, who joined them on mandolin for “Woody’s Rag.”

Then, Trischka brought out another guest who he simply introduced as “a banjo player.” It was comedian and actor Steve Martin with his five-string and a great story about learning to play from a book that Pete Seeger had written long ago called, appropriately, How to Play the 5-String Banjo.

Although he wasn’t on the bill, Martin’s surprise appearance wasn’t much of a surprise for many. Trischka and Martin have regularly played on each other’s albums; Trischka produced Martin’s last effort, and Martin plays on Trischka’s new CD Great Big World, released Feb. 5. He and Martin co-wrote “Promotory Point,” in which each man’s banjo takes on the role of one of the locomotives that raced to Promotory Summit, Utah, on May 10, 1869, and touched cow catchers to complete the transcontinental railroad.

It’s the kind of ditty that Seeger would have loved: celebrating history and the five-string banjo at the same time.

“It’s an honor to be here to honor Pete,” Martin said. “I met Pete through Tony, and it was a huge thrill.”

When Arlo Guthrie took the stage along with his son, Abe, Guthrie said he almost hated to interrupt Trischka, Daves and Martin. “Man, I didn’t want them to stop,” Guthrie said. “I love that.”

Guthrie was full of humorous stories about Seeger, from buying his first car from Seeger to Seeger’s love (and hoarding) of chocolate cake. He and Seeger performed together frequently for more than 40 years: Guthrie said they always started with “Midnight Special,” in spite of Pete’s habit of sitting down before each show to figure out what the first song would be.

“He’d say, ‘Well, Arlo, how should we start?’” Guthrie said with a laugh. “We did I-don’t-know-how-many shows through the years, through the decades, and I would say, ‘Oh, I don’t know Pete, how about “Midnight Special?’”

Guthrie sang that song, as well as “If I Had a Hammer” before bringing Daves, Trischka and Martin back on stage to join him to end the show with “This Land is Your Land,” with the audience singing along. When the song ended, Guthrie was reluctant to leave the stage and suggested they keep going, although he didn’t know what to play next.

“As you can see, this is totally unrehearsed,” Trischka said.

Someone from the audience suggested “Goodnight Irene,” which Seeger had made famous, and Guthrie responded with an enthusiastic, “Yes!”

But then he paused and said, “It’s not a banjo song,” to which Trischka responded that it certainly was. “It was actually written for banjo,” Trischka told him, and began to play. 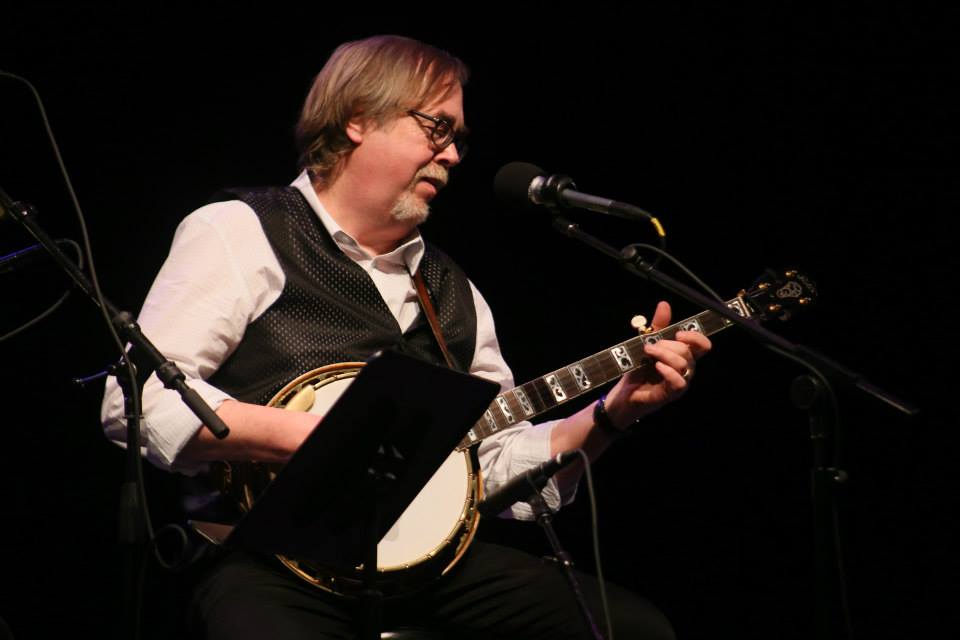 Tony Trischka will take the stage May 16 at May Memorial Unitarian Universalist Society, 3800 E. Genesee St., during his spring tour to promote his new album Great Big World (Rounder Records).

Trischka, who grew up on Greenwood Place in the Syracuse University area, said Syracuse is still home and always will be. “I have friends for life and every time I come there, we get together. I still love it.”

NEWS AND BLUES
The Racist Trump Card
To Top