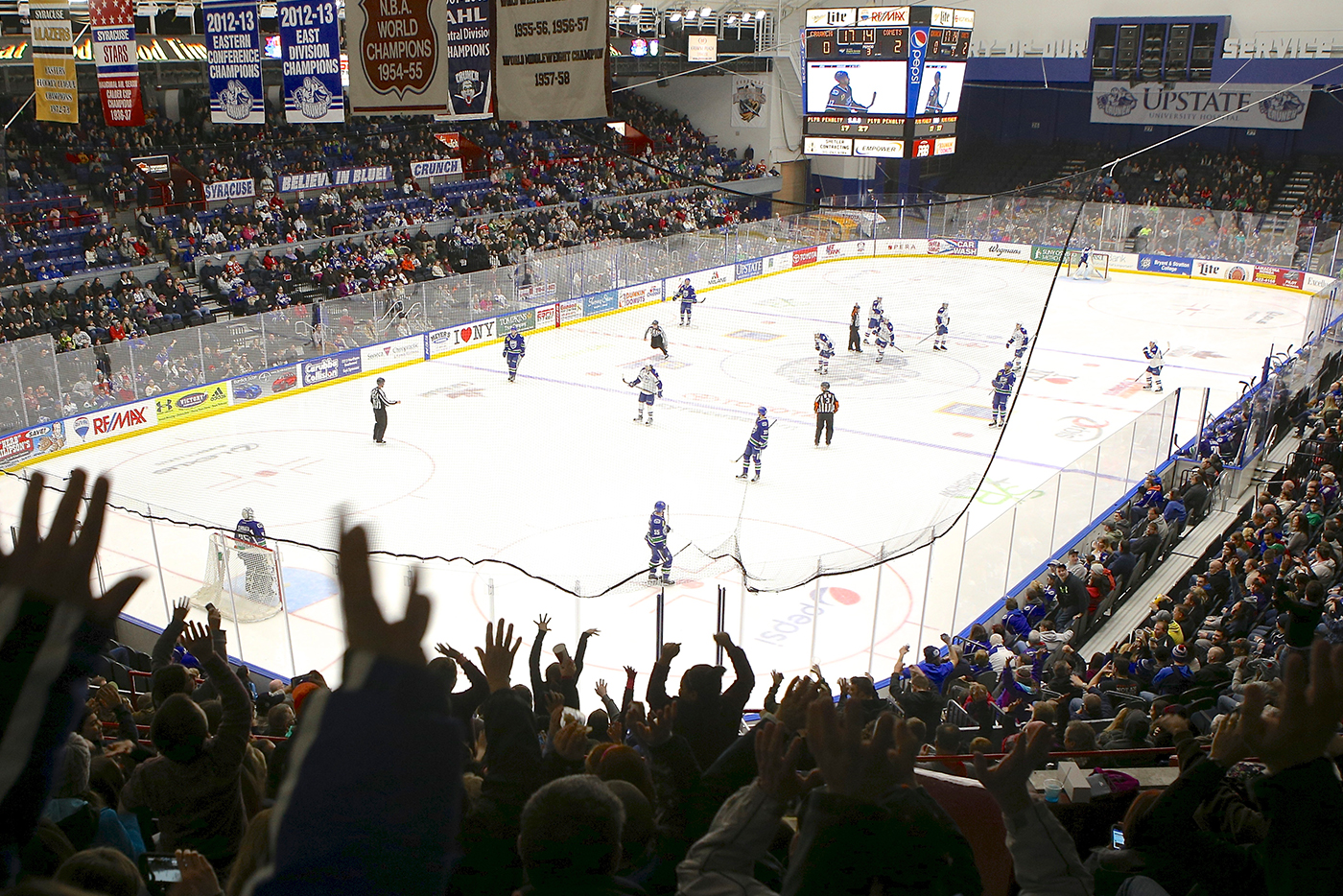 In the moments following the Frozen Dome Classic in November 2014, Syracuse Crunch owner Howard Dolgon mulled all of the work that went into playing a hockey game before an indoor record crowd of 30,715 at the Carrier Dome and swore he was never going to do something like that again.

On Sunday, Jan. 31, and Monday, Feb. 1, the Crunch is hosting the 2016 Toyota American Hockey League All-Star Classic and everything that goes along with it, including the All-Star Skills Competition and the All-Star Classic VIP party with the Grammy-nominated musical act Five for Fighting and nationally known comedians Rob Bartlett and Moody McCarthy.

“I remember what I said to you (the media) after the Frozen Dome. But like (famous boxing promoter) Bob Arum once said, ‘Yesterday I was lying, today I am telling the truth,’” Dolgon said, laughing. 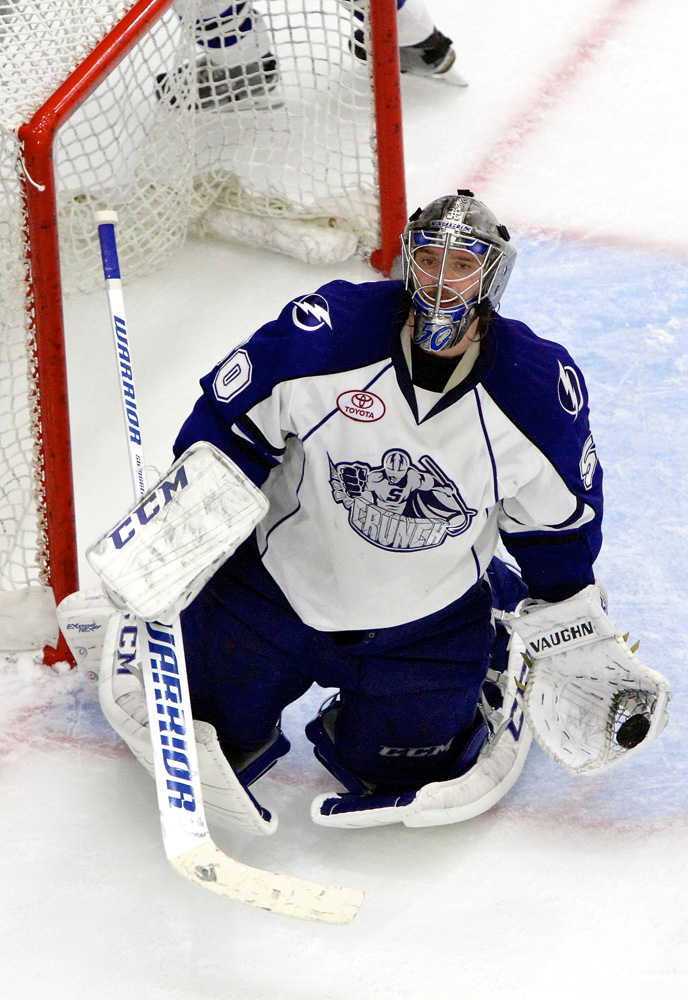 This is the AHL’s 80th year, and Dolgon said league president and CEO Dave Andrews asked the Crunch “in a very strong way” if it would host the All-Star Classic because of the Crunch’s track record with big events and Syracuse’s standing as an original AHL city in 1936 (Syracuse has had professional hockey off and on since then).

“I remember saying the same thing after the Dome game: ‘No big events for a little bit,’’’ said Sarosy, who’s in his 21st year with the Crunch and 14th overseeing the team’s day-to-day operations. “But as each day goes by, the further away you get from them, the more romantic they become.

“I looked around at our staff here and, coming off the Dome game, felt they could handle it and deserved the opportunity to put the game on,” he added. “And I knew we as a community could handle this and it was too good of a chance to pass up to put the eyes of the hockey world on us for a weekend.”

Indeed, the hockey spotlight will be directly on Syracuse Monday night as the National Hockey League is off after its All-Star Game Sunday, and the AHL All-Star Classic will reach more than 110 million households through Sportsnet in Canada and its TV partners in the United States.

“That we were asked to do it speaks volumes for the community and the franchise, and how the sport of hockey has grown tremendously in this market,” Dolgon said.

So as Syracuse prepares to host its first AHL All-Star Classic since 1998, here are five things you should know about the event before the puck drops Monday night:

Five for Fighting is actually John Ondrasik, a huge hockey fan whose stage name comes from hockey’s most notorious penalty, a five-minute major for fighting. Among Five for Fighting’s best-known songs are “The Riddle,” “100 Years,” the Grammy-nominated hit “Superman (It’s Not Easy),” and “Chances” from the movie The Blind Side.

Rob Bartlett is a successful stand-up comedian, impressionist, writer, and television and stage actor who is best known for his regular appearances on Imus in the Morning with Don Imus, as he voices and writes bits for popular characters like The Godfather, Fat Elvis and Dr. Phil. His television credits include a recurring role as attorney Milton Schoenfeld on Law & Order SVU and Rob Bartlett’s Not For Profit TV Special that earned Emmy Awards for Best Writing and Best Entertainment Program.

Popular stand-up comedian Matthew “Moody” McCarthy was born and raised in Syracuse, graduated from Corcoran High School and started his comedy career while working for radio station WYYY-FM (Y94). He has made multiple TV appearances, from The Late Show with David Letterman to America’s Got Talent.

“We as a community have a very unique opportunity to show off to the 29 other American Hockey League markets and 30 National Hockey League markets what a wonderful place this is, especially for hockey,” Sarosy said. “We want them leaving here on Tuesday saying Syracuse knows how to throw a party and they have their act together.

“This is more than a hockey game,” Sarosy said, “this is about Syracuse and what we as a community can get done.” 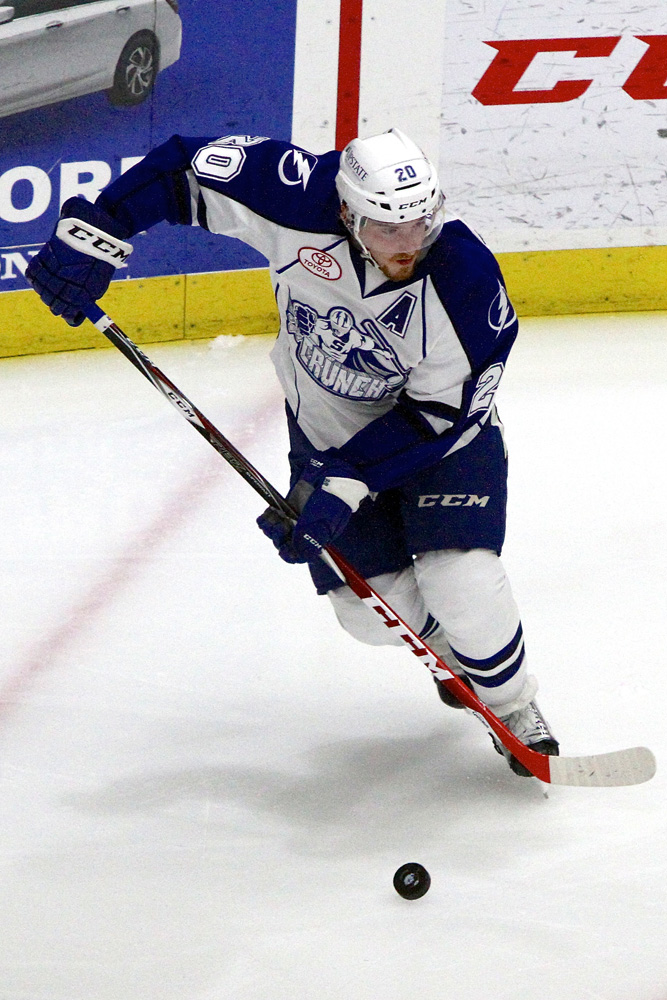 It costs $50 to attend the VIP Party, or less if you also purchase a ticket to the All-Star Classic. There are also free events for fans: The I LOVE NEW YORK Fan Fest on Sunday, noon to 8 p.m., and Monday, 8 a.m. to 7 p.m., at the Pirro Convention Center, and the AHL Hall of Fame Induction and Awards Ceremony on Monday, 11 a.m. to 12:30 p.m., at the Mulroy Civic Center’s Crouse-Hinds Concert Theater, 411 Montgomery St.

“Every (2016) all-star has either played in the National Hockey League or will soon have long careers in the NHL,” Dolgon said. “In 1998 when we hosted the All-Star Game, our franchise was only 4 years old so I don’t know that our fan base was that knowledgeable. But now they know the level of the talent they’ll be seeing.”

The Crunch will be represented by goaltender Kristers Gudlevskis, defenseman Matt Taormina and center Mike Angelidis, who have all already played in the NHL. The Classic’s honorary captains are two popular members of the Crunch’s original team in 1994: Scott Walker and Mike Peca.

And the All-Star Classic will give Fulton fans another chance to see their favorite son, Portland Pirates forward and Fulton native Rob Schremp. In a November game at the Onondaga County War Memorial Arena, Schremp thrilled the 400 or so fans who traveled from Fulton by scoring a goal in the Pirates’ 4-1 win over the Crunch.

The All-Star Skills Competition (Sunday, 8 p.m., Onondaga County War Memorial): After Five for Fighting ends its set and Bartlett and McCarthy have left them rolling in the aisles, fans will be treated to the All-Star Skills Competition. Unlike the game, this competition will keep the traditional format with All-Stars from the Eastern Conference squaring off against All-Stars from the Western Conference in seven skills events: accuracy shooting, fastest skater, skills challenge relay, hardest shot, breakaway challenge and elimination shootout. For fans who think hockey is all about fighting, this event will change your mind.

The All-Star Classic (Monday, 7 p.m., Onondaga County War Memorial): Instead of the traditional 60-minute game, the All-Star Classic will feature a new format with the all-stars being divided into four teams, one representing each of the league’s divisions. The teams will play a round-robin tournament with six games of nine minutes each; the first half of each game will be played at 4-on-4, and the second half at 3-on-3.

The two teams with the best records at the end of the round-robin tournament will face off for the championship in a six-minute game played at 3-on-3.

“When you’re doing on 5-on-5 with no hitting (as is the case in all-star games), there’s less room on the ice and it’s kind of like four corners in basketball,” Dolgon said. “Our new format is more compelling as it’ll be played at a very high pace and that’ll be great for the fans with the spectacular plays and great saves.”

Prices range from $40 to $60 for the game, and there is a discount for Crunch season ticket holders and for those who also buy a ticket to the VIP Party.
While that may seem pricey to the average fan, Dolgon said it’ll be worth every penny. And this time, he’d like to point out, he isn’t lying.

“It’s more than just the skills competition and the game, it’s the Fan Fest and the VIP event and it’s all at what we believe is a very affordable price point,” Dolgon said. “It’s lower than last year’s (All-Star) game in Utica, and we’re giving people a lot more for their money.”

Do You Remember These Crunch Stars?

In 22 seasons, 37 Crunch players have been selected to participate in the AHL All-Star Classic. Here’s the roll call:

Globetrotter Zeus on Smile Crusade
News and Blues
To Top