A Syracuse startup helps local business with the procurement process.

“Imagine a world where hardworking people don’t have to struggle to go to the grocery store, take their kids to the movies, or buy Christmas presents – things that shouldn’t be a luxury for hardworking people in any community,” said Alyssa Blazina, CEO and Founder of BizHubCNY, an online procurement tool for local businesses. For Blazina, this is no imaginary world, but one she has actually created.

A CNY native, Blazina graduated from CBA High School and LeMoyne College with a degree in Biology and Chemistry; however she chose to enter the local sales world. “I think analytically, but I’m a people person,” she said. 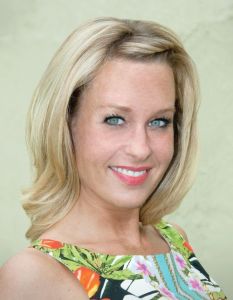 As a sales manager and director of business development, Blazina realized two things: large local and national businesses wanted to hire local vendors (plumbers, contractors, architects, electricians, and suppliers of all types of goods and services); and these hardworking people desperately needed those contracts.

Blazina got involved with Syracuse First and the Central New York Regional Economic Development Council to try to make this connection happen. Various local business groups were all pushing for the same thing, but it just was not coming together soon enough for many business owners.

“I realized we didn’t have enough tools in our tool box,” said Blazina, “There had to be an easier way.” So she started talking to people: large companies; connected, smart people with the experience and the know how to create community involvement. “I’m very lucky to have the network I have,” said Blazina, who prides herself as a LinkedIn user.

Blazina’s challenge was to come up with a way for corporate procurement officers at large companies to easily reel in proposals from local contractors and suppliers, thus keeping the money in the local community. As anyone in charge of doing procurement legwork knows, it’s a marathon, not a sprint, to research and select the best services. And often times, the best deals and responses for local corporate businesses were not local vendors.

Her one question: how to create a system that makes it easy for big companies to buy local?

Blazina teamed up with Matthew Masur, CEO of Venturetechnica, to develop the software. By means of an online “hub,” local vendors can now create a company profile on their system and list every service they offer. Then, large businesses looking to hire local contractors and supplies tap BizHubCNY.com, asking for 3,000 light bulbs, for example, listing specifications with the option for vendors to ask questions. The software immediately sends an RFP to every local company that can supply that product; and the procurement officer gets at least three estimates in their inbox in next to no time.

RFPs are anonymous. Vendors do not know who is asking for a quote so they aren’t prone to mark it up – they are always in blind competition. The vendor’s company profile is accessible by the procurer so they can analyze if that company is the right fit for them. 8 percent of the contract comes back to BizHub to be subdivided: 3 to 5 percent becomes a rebate back to the buyer as an incentive to do their business locally. Buyers are contractually obligated to select a local supplier as long as they are provided with three quotes; so local business gets the business and buyers get a rebate; money stays local, and everybody wins.

“The system tracks the entire process,” said Masur, part-owner and the digital creator of Blazina’s and others’ combined ideas. “The database auto-matches and facilitates bids on the particular projects; and the purchaser can see everything going on and what their options are.”

“It’s basically an online sales rep that doesn’t take a sick day,” said Blazina. “If I can figure out how to use the interface, anyone can,” said Blazina, humbly referring to her product as “the blonde version” (referencing herself) of what local businesses need. “If you make something easy and advantageous, people will use it,” she said. And it’s free. Two staples of online networks that have often proven to be successful repeatedly, e.g. Facebook, Twitter, and LinkedIn.

“People are excited also because it’s a woman-owned business,” says Blazina, who works closely with the W.I.S.E. (Women Igniting the Spirit of Entrepreneurship) Business Center in Syracuse.

“BizHubBoston, BizHubChicago, BizHubNewYork, BizHub-anywhere,” said Blazina, who is first focused on getting as many local CNY vendors as possible to populate the portal.

“Everyone who looks at this thing says it’s golden,” said Blazina. Just two months ago, Alibaba, the global version of BizHub or “The world’s largest supplier database,” went public with the largest IPO in history, totaling $25 billion.

One would think BizHub is going to make it. They are currently in talks with venture capitalists via Upstate Venture Connect who think so too. “My vision for BizHub is to provide a resource that makes an impact on a regional economy and strengthens a community’s foundation,” said Blazina. “Even if it’s just a few people. If at the end of the day we made it easier for someone to go to the grocery store, take care of their kids, or go to the movies—to do things hardworking people should be able to do but often can’t—it’s worth it.”

“It has the potential to connect independent businesses with large contracts from either anchor institutions or larger size businesses that do a lot of procurement. It’s an access point for those folks to get into the game,” said Chris Fowler, Founder and President of Syracuse First, a local non for profit network dedicated to building a sustainable Syracuse.

On Nov. 24, Fowler addressed a crowd of hundreds gathered at the Landmark Theatre to celebrate the 5th Annual #BuyLocalBash, a testimony to his own altruism and that of his organization, under CenterState CEO, in helping the local community. “Together we can do it; together we have to do it; together we will do it,” said Fowler.

In the end, the software is relationship building. Buyers are exposed to a local company’s profile every time they submit an estimate, giving their brand exposure even prior to winning a contract.

“It’s not just about connecting people with people,” said Blazina, “But purposefully connecting local businesses with revenue that they need to thrive.”

To find out more or to sign up your business, go to www.BizHubCNY.com.