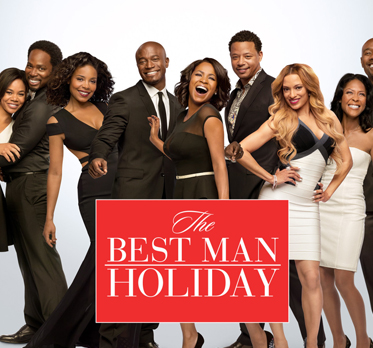 The phrase “it’s complicated” has come to be accepted in our society as the go-to label for any sort of relationship that’s hard to describe. You know, when people might not be on even ground at all times. Maybe things are a bit messy. “It’s complicated” cuts a wide swath through love.

Written and directed by Malcolm D. Lee, the long-time-in-coming sequel to the 1999 hit “The Best Friend” brings back nine friends — and stars that played them. It’s a wonderful ensemble in a movie that’s part comedy, part drama.

Taye Diggs, Morris Chestnut, Harold Perrineau and Terrence Howard are the male stars. Monica Calhoun, Sanaa Lathan, Regina Hall, Melissa De Sousa and Nia Long are the women stars. They play characters that are very different, but tied together by their strong will.

The chemistry is inarguable from start to finish. They make you laugh. When the men do the “air dance,” it’s hysterical. They make you cry, staring at life’s most intimate moments.

Chestnut plays Lance Sullivan, an NFL star facing one more big game before retirement. Calhoun plays his wife, Mia, who calls the old gang to their home for an important Christmas weekend that will end with that football game. Diggs plays author Harper Stewart, a best-selling author who’s fortunes have turned downward at a bad time. His wife, Robyn (Lathan), is very pregnant.

When Harper sends his email acceptance just before the holiday, it’s sealed. The lives, with all the past baggage of romance and emotional disappointment, have intersected once more. They learn how far they’ve come and the length of the path ahead. Most importantly, they discover that the trip is more bearable, all of its twists and turns, taken together.

Mark Bialczak has a blog – Check it out HERE