A mid-winter’s night at Dinosaur Bar-B-Que

If it were us kids, while growing up, my parents would ask if we were brought up in a barn when the door was left open.

On a recent Wednesday evening when the bitter cold began to descend down in to Central New York, the sounds of acoustic guitar accompanied by vocals poured out of Dinosaur Bar-B-Que. The music could  be heard through the windows. Every time the Franklin Street side door opened, the building exhaled a breath of warm air. The joint would extend a warm welcome, but the ushering in was hurried.

Come in and sit down, don’t keep the door open.

Yet, I often forget about Dinosaur Bar-B-Que. It’s not intentional, but it happens.

To repent for this sinning, I stopped by there twice this past week, totaling three times, so far, this year. This makes up for the single visit last year. Dino is a critical part of the Downtown scene, and it offers food and music every single day. The well known joint stands to the side like a wallflower with generously slathered confidence as James Dean, classic and cool.

However, winter doesn’t feel like winter in the blues and barbecue joint. The atmosphere helps relinquish any notion of the time of day or temperature. In similar fashion to a casino, it’s easy to lose track of time; however, when considering this local-born establishment and whatever happens within its walls, the odds are forever in your favor in the form of food or music or atmosphere.

Maybe the Wednesday acoustic set was standard fare and good enough for any venue, but Dinosaur can be rightfully picky with its music. The cover of Neil Young’s “Down By the River” was followed by a rendition of a Dave Matthews solo show “Bartender” take. Considering Matthews has covered the Young song, the decision to follow one cover with the other was legitimate. 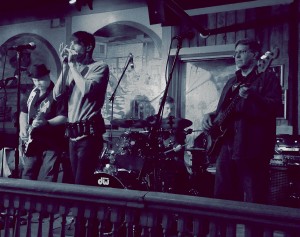 Saturday’s Mike Petroff Band show, however, was Dino definitive. The quartet, which is fronted by the harmonica toting Petroff, is a steel locomotive, the antithesis to, let’s say, the Coors train that brings cold and snow wherever it goes. Petroff’s band doesn’t miss a beat, and it brings warm weather and dancing when it passes through. The indoor winter sets felt summer festival warm.

Oh, blues music, what country music wishes it was. Both genres pick at the hard times of life, but country encourages us to feel shitty about the negative. The blues is uplifting. The blues tells us to say “to hell with it” and move on, be happy for every good and terrible aspect in our life and rise above.

Country music tells us to wallow in our misery if we’re not on a pontoon.

Each tune mopes about losing another wife or dog or truck or a finding a crack in a Solo Cup and never being able to move on, because that Solo Cup was personalized, and there is not going to be another one just like that in the stack, and the Sharpie that was used to write on it doesn’t have the same amount of ink since others have used it (just like “the ex”).

And this is where food comes in, wallowers. Let’s chat comfort food.

My friend and I gorged ourselves on Wednesday, and we somehow passed on dessert. Our waitress was a great sport, and she boasted Dino’s gluten-free-friendly items for Alexis. Pork was ordered on that side of the table. My first choice was the Pork-Sket, but I opted for the brisket. Hope left our waitress’ eyes at that moment.

“We’re out of brisket,” she said. She also made a tsk sound through her teeth before breaking the news to me. “I knew you were going to order that,” she added. “I could see [the order] in your eyes.”

The Carolina pork platter did wonders, and the mac-‘n-cheese and brown bean sides justified the edible art. The sandwich that was piled high with pulled pork and coleslaw (one of the few types of coleslaw I’ll eat), leaving very little room for the liberal amount of Wango Tango sauce that I had poured. The platter adds up to one of the ultimate comfort food options — a hearty dish for winter that tastes like summer. The flavor is bold, just like Howlin’ Wolf’s vocals, distinctive, and just like the typo I found on the poster that hangs in the Willow Street side of the joint. The poster boasts “Evils” when the s should be dropped on the notable Wolf song — “That’s evil, evil is goin’ on wrong.” 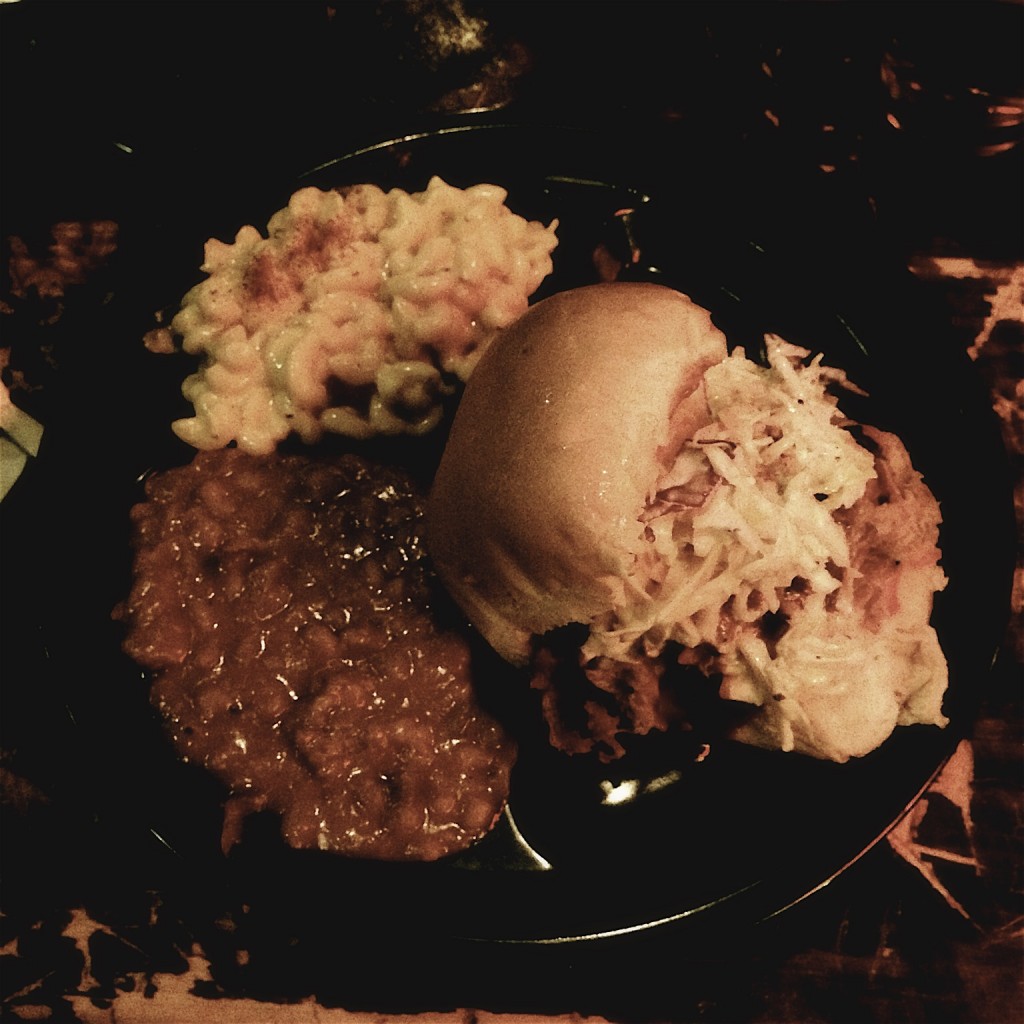 The typo made me shiver more so than the vocal quivers of the blues musician’s bellowing chorus. The bellowing echoed like the distracting thoughts in my head, which Alexis picked up in my eyes. Instead of contemplating, she vocalized: “What’s with you?”

“Huh, nothing,” was the best unhesitating answer I could provide as my mind settled, skidded (actually) to a stop. She had caught me at a moment of weakness, my guard had been let down. “You’re always looking around,” she said, calling me out. Preceding that, she said that girls like her would be interested in me if I wasn’t so flaky. Straight shooting friends, I tell ya, are great to have around.

“Girls like you?” I questioned her. Relationship issues come up with her all the time. We don’t console each other, but instead give raw insight into the opposite sex.

“You’re going to end up with a blonde,” she told me. She always tells me that. “We’re cute.”

Her reply: “Blonde!” She shook her head, smiling.

This could be something to write a country song about. Or maybe it’s something to give me initiative to dye my hair black and put on gothic makeup. Nah. That’s too much work.

I’ll accept dating issues as one of my 99 problems, but enjoying good food ain’t one.

Unless you were brought up in a barn, remember to close the door behind you.