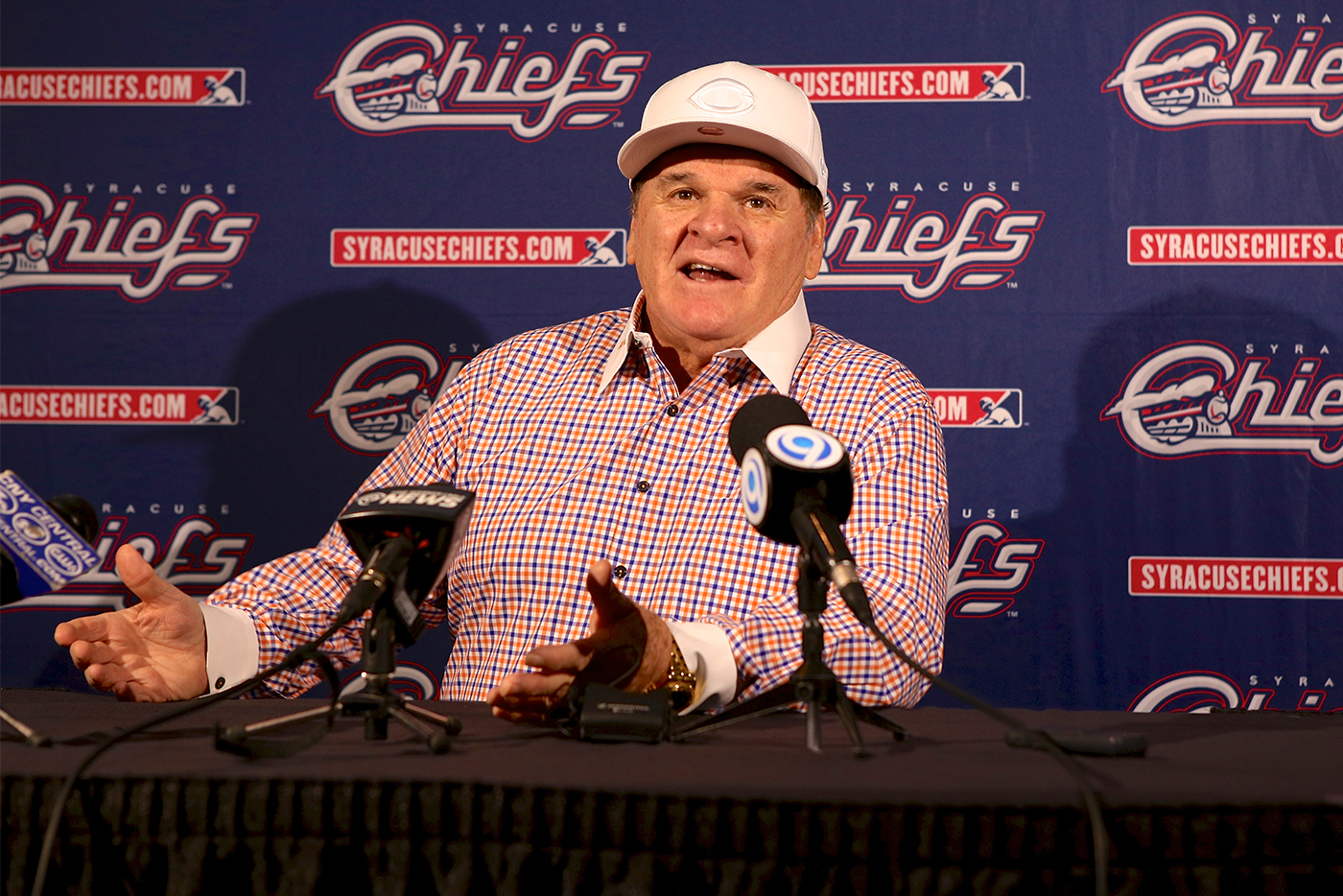 Pete Rose was the center of attention at the Chiefs’ annual Hot Stove Dinner.

If you could ask Pete Rose one question, what would it be?

Rose, Major League Baseball’s all-time hit king and No. 1 pariah, was the headline guest at the Syracuse Chiefs’ annual Hot Stove Dinner, held Jan. 22 at the Pirro Convention Center. A Chiefs fan who unwittingly wandered into Rose’s news conference before the event knew what he wanted to ask Rose, who was banned from Major League Baseball for gambling on baseball in 1989 while he was manager of the Cincinnati Reds.

While the media members playfully sparred with Rose during the news conference, the fan unleashed the knockout punch: “Pete, you never bet against your team, right?”
“Oh, don’t get on that betting (shit),” Rose said. “Hell, no, I didn’t bet against my team. Nobody ever said I did. I don’t even like to waste my time on something that happened 30 years ago. I bet I can I bring something up 30 years in your life that you wouldn’t like to talk about. 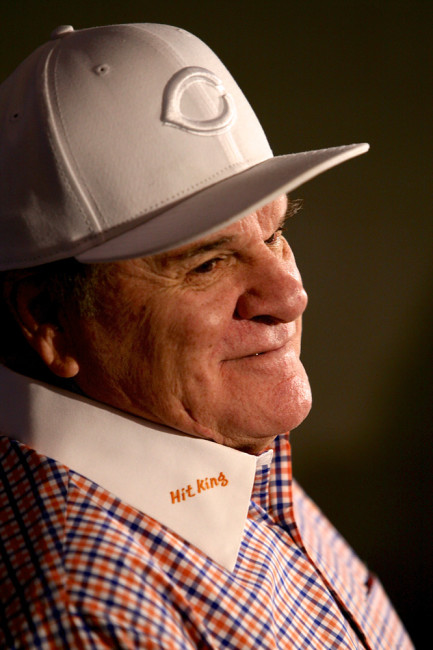 “But then again, I’m the only guy here with skeletons in the closet,” Rose said, sarcastically. “Think about it before you start saying that, guys. I made big mistakes, no question about it, and I paid for the mistakes, OK? And I wish I could change the mistakes but I can’t. You can’t change history. It’s there.”

With new Major League Baseball Commissioner Rob Manfred denying Rose’s latest reinstatement appeal, it’s likely that history will show that Rose’s lifetime ban remained a lifetime ban and he will never be admitted to the Hall of Fame. But here’s what history will also show: To baseball fans, Rose was and remains one of the game’s most popular players.

That’s why about 950 people spent $65 ($30 for children) to hear Rose tell stories at the Hot Stove Dinner, and why 50 people spent $200 to participate in an autograph and meet-and-greet session with Rose. The Hot Stove guest list included heavyweights like Atlanta Braves pitcher and Baldwinsville native Jason Grilli, Chiefs manager Billy Gardner Jr. and Chiefs infielder Ricky Hague and his wife, country singer Lindsay James. But Rose, as usual, stole the show.

“This is nice because we’re in January, it’s 8 degrees out, and we’ve got 950 people talking about baseball tonight,” Rose said. “So it can’t be a bad thing.”

Manfred said in his ruling that Rose has not “reconfigured” his life enough to merit reinstatement. (Rose lives and works in Las Vegas and admits he still gambles on sports.) Yet he remains one of the game’s greatest ambassadors as he follows the game closely, has opinions on everything related to baseball, and promotes the game at every turn.

So, in many ways, Rose — who turns 75 in April — is the same swashbuckling player who won fans’ hearts by running to first base after a walk, sliding headfirst, and knocking over catcher Ray Fosse to win an all-star game.

“I’m high on life, man,” Rose said. “I know I’ve got a hell of a lot more behind me than in front of me. And that was the only disappointing thing about the commissioner’s ruling, because I’m a teacher, man. I’m a teacher of baseball. And if I can teach one player to be a better player to make his team a better team, I’ve helped the game of baseball. That’s the way I look at it. I could be totally wrong, but I don’t think I am.”

Rose will likely never get the chance to coach or manage again, but he will receive a special honor in June when he is inducted into the Cincinnati Reds’ Hall of Fame at the Great American Ballpark in Cincinnati.

Here’s a safe bet: The stadium will be filled that day with fans who adore Rose.

“If you want to know do I pray every night before I go to bed that I’m going to go to the Hall of Fame? No, I pray I’m going to get up the next morning,” Rose said, smiling. “I don’t ever worry about something I’m not in control of. I’m not in control of that, so why should I lose days of my life worrying about that, OK? I made the Reds’ Hall of Fame, that’s good enough for me, that’s a good start.”