New restaurant Firudo delivers inside and out

Editor’s note: Local Flavor is a feature produced in cooperation with advertisers in the Syracuse New Times.

When I was invited to check out one of Syracuse’s newest restaurants, Firudo, I gave my Japanese-American niece a call at Le Moyne College and told her we would pick her up for dinner and to bring a friend. She asked a South Korean friend, YoonJi, if she wanted a change of pace from campus food, and she happily accepted.

So we had a significant Asian component on board with us when we pulled up to the restaurant on a Thursday night. Although, in spite of all our efforts, we lacked a command of the Mandarin language, we were able to manage quite handily in our conversations with Linda, the owner, who hails from China.

Firudo opened in the fall in the space once occupied by Dougherty’s Costume Store. Husband and wife James and Linda Tian took their restaurant experience from Oswego and opened their new restaurant in Syracuse hoping to provide a different experience in Asian cookery.

The space is immense. While the costume store was an (appropriately) dark and crowded space, Firudo is bright, white and full of light. This would be a perfect venue for a company outing, with a ton of room to mix and mingle. 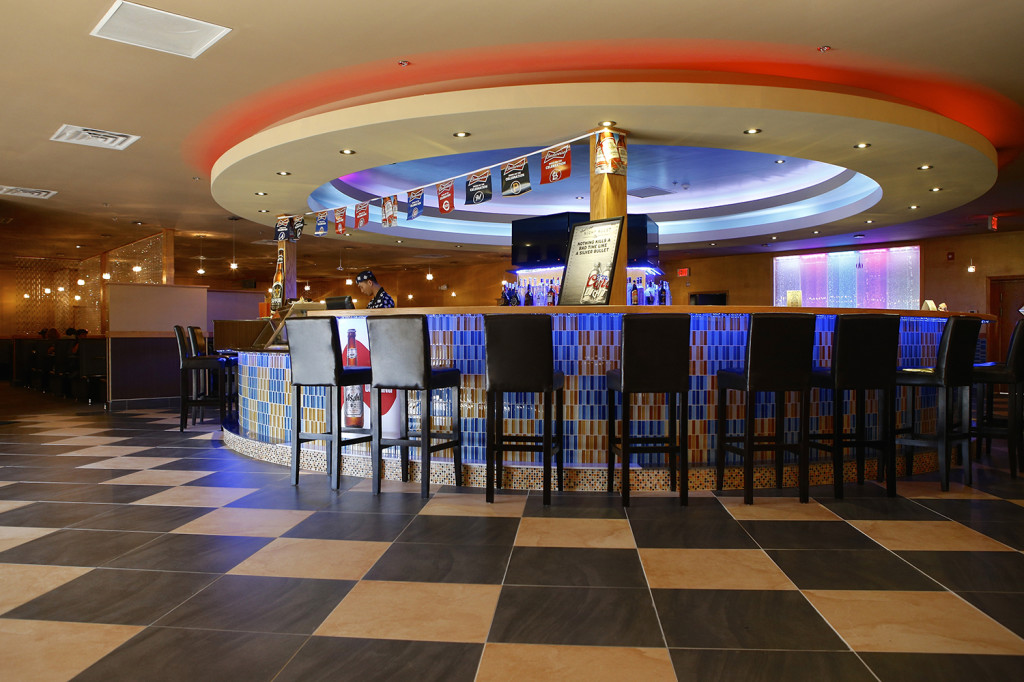 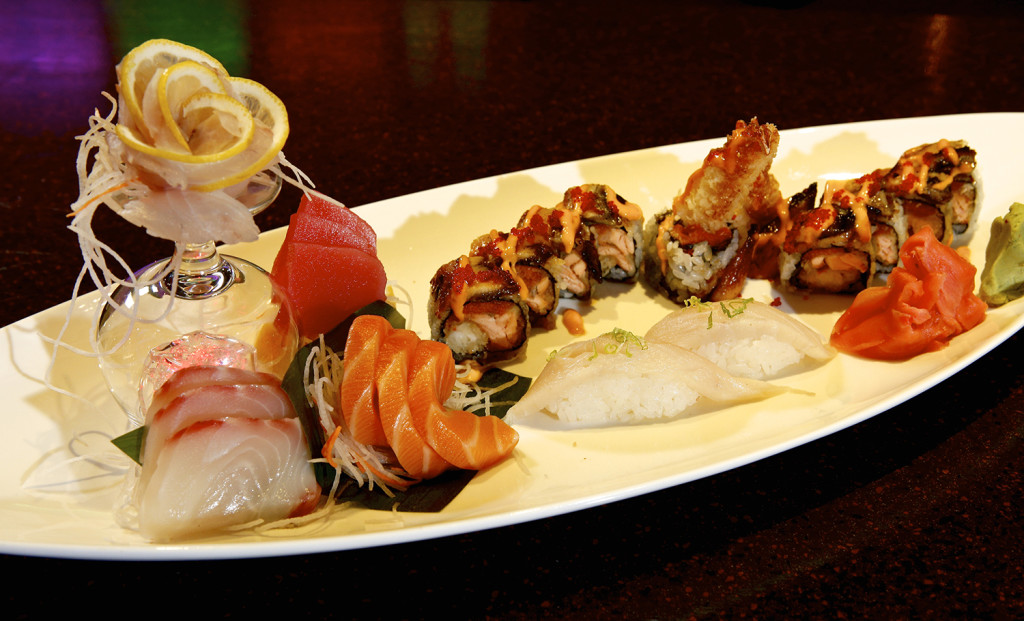 Those of us who enjoy a sushi run into the same problem over and over every time we try to schedule a meal with a group: Somebody doesn’t like it or is opposed to even trying it. Not a problem at Firudo. While the restaurant offers a complete a la carte menu, the concept they are promoting is an all-you-can-eat-for-one-price experience. Instead of putting out all of the items pre-made in a buffet where, for example, the rice can tend to dry out, your order is made on the spot.

We likened the experience here to a tapas bar or a dim sum event, where small plates are brought out as you order them for the table to share, if you so choose. We chose.

So, over the next couple of hours, we snacked on a variety of small plates that we passed around and discussed. The girls agreed that it was “ama-” (wait for it) “zing.” Nothing like going out with college students to get up to speed on the latest phrases.

A large selection of traditional sashimi, sushi, maki and hand rolls were available, as well as quite a few specialty rolls. We tried a pink lady (shrimp, cucumber with a crunchy topping), a green Firudo (cooked salmon, asparagus and avocado) and, of course, the Syracuse (shrimp tempura, cucumber and spicy tuna). Marie, my expert in all things Japanese, remarked that the tempura was sweeter and lighter than some other tempuras she has had. She even tried a sweet potato roll, which she described as having a “flavor surprise” inside with a “hidden crunchy.” She is a communications major, after all.

But non-sushi lovers can pick from: soup; salad; appetizers; tempura; teriyaki; noodles; rice; and a selection of traditional Chinese dishes. In the interest of complete reporting, we tried just about one thing from every section. 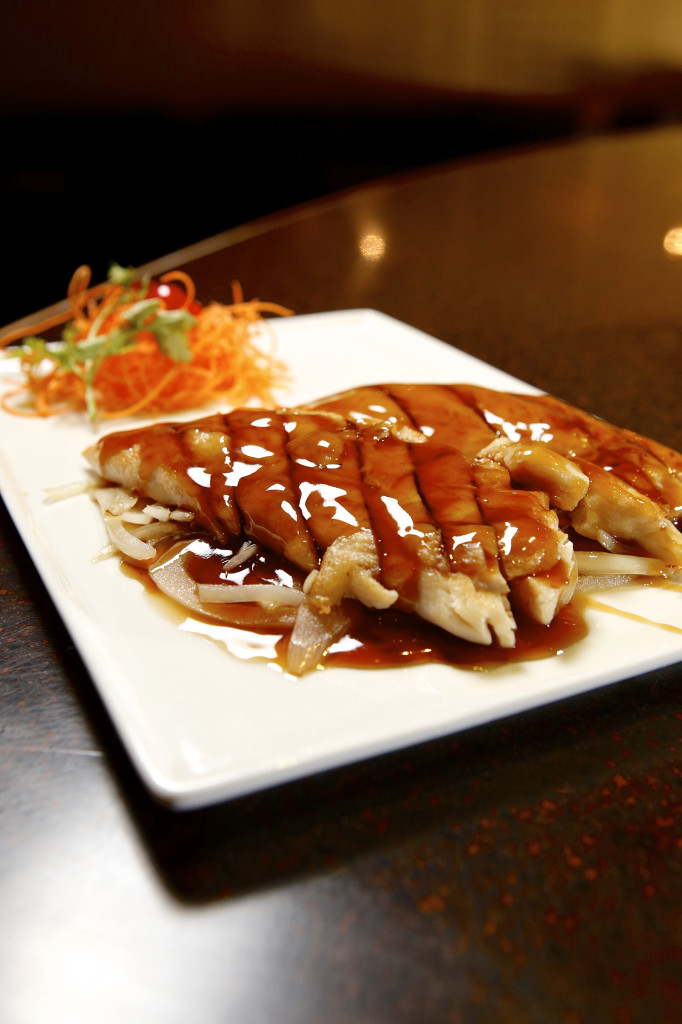 We shared a salmon-skin salad. This was an interesting small plate of crunchy skin slices in a tasty brown sauce. We sampled the pork gyoza and “river-style” wings, a crunchy wing in a light breading with no sauce so you could really taste the chicken. We enjoyed the soft-shell shrimp tempura that was served with a spicy mayonnaise sauce.

YoonJi expressed a love of udon noodles, so she ordered a bowl of chicken soup udon and went to town. She told us she loved all the vegetables in the soup. Ordering udon usually means you get a huge bowl of the stuff, which is generally great, but then it constitutes your entire meal. Here the bowl is adequate but smaller, so YoonJi was free to join us in tasting the other dishes.

Just to complete the overview, I ordered a traditional sesame chicken. Other Chinese offerings include lo mein, shrimp with broccoli and General Tso’s chicken.

These Le Moyne girls were excited to hear that Firudo delivers for free within a three-mile radius for a $15 minimum order. They were already planning a group order for the upcoming weekend as we left.

Firudo offers a variety of party trays, as well. There were special deals too numerous and changing to mention, and coupons being mailed out that offered all sorts of discounts into 2014. Linda mentioned that with two adult all-you-can-eat orders, a child can eat for free.

The Tians’ goal is to deliver high-quality food while doing something special for their customers. We really enjoyed a relaxed evening with a leisurely tasting of a variety of dishes, and you will, too.[emptybox]