Is your religious liberty at risk?

“Gay Writes” is a blog that gives voice to the LGBTQ community throughout Central New York. Would you like to submit a piece for “Gay Writes?” Email your thoughts: CLICK HERE

States enacting so-called “religious freedom” bills have dominated news coverage recently. Most of these bills revolve around ordinary activity that makes up daily life for individuals and communities.

These are truly bad ideas that can unravel functioning as a diverse and pluralistic society. When real injustice is so easy to find, the breathtaking reach of these proposals could clog our courts with throngs of trivial lawsuits that pit the right of the people to receive public accommodations against those who wish to discriminate and deny services to law abiding, taxpaying citizens.

A counter worker in Walkerton, Indiana, feels “icky” about selling a pizza to two women who are holding hands and just ordered a double pepperoni pizza. “It’s against her religious beliefs,”  she says. Now, I’m a huge pizza fan but let’s face it: pizza is unknown as a sacramental offering, even by obscure religious sects or the parody religion fostered by the “Church of the Flying Spaghetti Monster.” 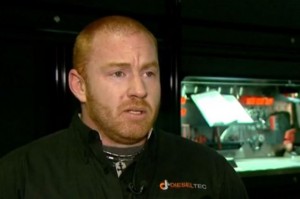 Poor Brian Klawiter, of Grandville, Michigan, is a mechanic who doesn’t want to repair cars owned by gay people. I sure wouldn’t let my humble Honda near Brian’s shop if it were here in Syracuse. But Brian also doesn’t think Michigan should license auto mechanics, and he was convicted for not having a license. He received probation, and he violated probation. He got into a ruckus, and an assault conviction resulted. Oh, he worries about the fate of white people, and (wait for it) feels his religious beliefs are disrespected.

This mish-mash of individualism gone haywire is treated on the same level as Buddhism, Judaism or Islam?

I’m a worshiping, believing Christian who, among other things, happens to be gay. I’d say folks like these have done wonders for atheism these days. Older versions of this thinking (if you can call it that) took parts of the Old or New Testaments out of context and affirmed slavery, oppressed women, and sent millions to their bloody deaths in racist and sectarian wars over the centuries.

In 1790, a hot political topic was religious freedom in the Bill of Rights proposed by the new U.S. Congress for ratification. There was campaigning for and against the bill. George Washington and others went to Rhode Island that summer to make their case. Letters between the members of Tuoro Synagogue in Newport spoke about religious freedom from a minority viewpoint worried how they would be treated as equals.

A reply from Washington is especially eloquent:

“…the United States gives to bigotry no sanction, to persecution no assistance, requires only that they who live under its protection should demean themselves as good citizens, in giving it on all occasions their effectual support.” 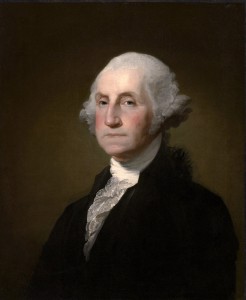 That’s a tall order our first president described, which America has yet to fully achieve. But we haven’t stopped trying. Hopefully, we never will. Today’s “religious freedom” proposals fly in the face of our progress since Washington’s remarks.

There is also a chorus in these arguments of “only supporting biblical marriage.” Here is a nerve jangling phrase for many, including the gay community. Much of “biblical marriage” died out centuries ago. We don’t trade our daughters for a herd of sheep, or give any thought to that creepy stuff about marrying your brother’s widow (500 years ago, Queen Catherine of Aragon got a really raw deal from that). Almost all of us no longer misinterpret the New Testament to say women need to keep silent in church. 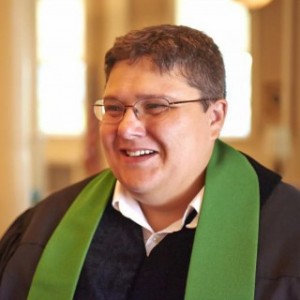 In the midst of these controversies comes a rather scholarly voice from the Rev. Emily Heath. She’s pastor at the Congregational Church in West Dover, Vermont. This isn’t some cult leader brainwashing members and stealing their bank accounts.

Rev. Heath offers a test on religious freedom which bears serious reflection. The entire test is pretty long, but I offer a few excerpts and paraphrases here:

Let’s try and keep Rev. Heath’s quiet spirit of reflection closer to our hearts. There truly is discrimination against some religious minorities, but dressing up old fashioned hatreds as new religious persecution is a false choice. I suggest her test is a good one which helps refocus debates on the real matter to be considered, the right of each person in a free nation to worship (or decline from worship) of what they believe is the Divine.

Chris Shepherd is the Treasurer of CNY Pride. An organization to encourage, empower, and celebrate the Lesbian, Gay, Bisexual, and Transgender community and their friends, families, and supporters.

Would you like to submit a piece for our “Gay Writes” blog? Email your thoughts: CLICK HERE