This is the story

Syracuse has an historic and appropriate link to Italy, one that pre-dates the influx of immigrants from that country during the late 19th and early 20th centuries. The city is the namesake of the ancient town on the Italian seacoast in Sicily called Siracusa.

One wonders what the Italian immigrants, who settled in Syracuse during the 1880s through 1920s, thought about how this upstate locale wound up with the name of that Sicilian town. This is the story.

In 1820, the small settlement that stretched along the Genesee Turnpike (today’s Genesee Street) between Onondaga Creek and the road to the salt works near Onondaga Lake (today’s Salina Street), was known informally as Corinth. It was still so small that it had not yet been incorporated as a village. The Erie Canal was under construction, and portions had reached Corinth. The growth of the place seemed assured, and it was time to ask the federal government to establish a post office here.

A complication arose: Federal authorities told the optimistic Central New Yorkers that the name was taken. A town named Corinth had been incorporated two years earlier in Saratoga County. A new name was needed and quickly. A committee of local citizens was formed to mull over the issue.

One of the committee members was the pending first postmaster, John Wilkinson. He suggested the new name. Americans in the early 1800s were quite enamored with using ancient Greek and Roman names to identify the new towns in their young democracy.  Think of Pompey, Marcellus and Cicero – all great figures in Roman history. Siracusa,  or Syracuse, Sicily was founded in 734 BC by settlers from Greece and later conquered by Rome. Its rich history included the great mathematician Archimedes. Many Greek and Roman ruins remain today and were also known in the 19th century.

It was more John Wilkinson’s fascination with its geography, however, that inspired him to make the suggestion. It was a city that faced water. Wilkinson thought of Onondaga Lake. There were hills surrounding it. Same here in Central New York. Nearby there were evaporating flats making salt from seawater, and an adjacent settlement called Salina, where this salt-making took place. Wilkinson could not ignore the similarities.

But what drew his interest to Siracusa in the first place? 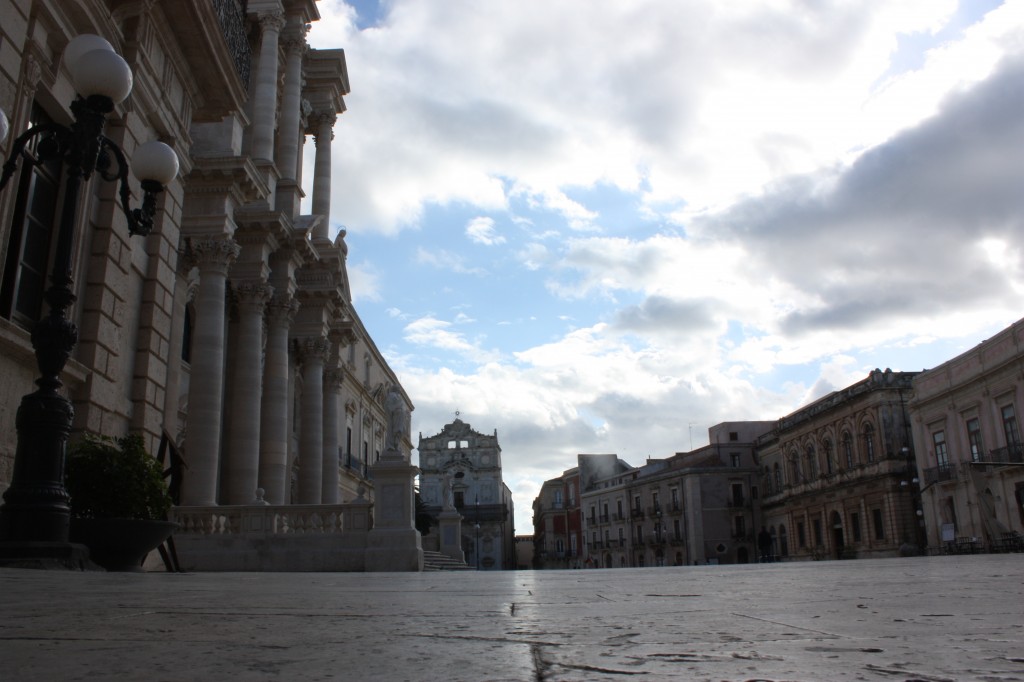 The connection was a 20-year-old future prime minister of England, the 14th Lord of Derby. While a student at Oxford in 1819, the soon to be Lord Edward Stanley wrote a lengthy poem, in Latin, about the mythology and history of Siracusa, winning a prize at Oxford. Wilkinson stumbled upon the poem in a friend’s library in New York City. It caused him to research Siracusa, which was fresh in his mind when the need for our city’s name arose.

So Syracuse it was. This historical link to Italy expanded a hundredfold in later years, when the great flow of Italian immigrants began to arrive in America, peaking in 1907,  when nearly 375,000 arrived, many through Ellis Island.

They came to Syracuse and other upstate cities for jobs. It was usually manual labor at first, some working in the salt fields, other helping to build railroads and the city’s new water system from Skaneateles Lake. Cousins, brothers, sisters and parents soon joined them, to escape the grinding poverty that prevailed in much of southern Italy and Sicily.

By 1900, Italians comprised the third-largest segment of foreign-born citizens in Syracuse, surpassed only by German and Irish natives. Italian contributions to the businesses, economy, social life and culture of Syracuse were extensive and form part of the great ethnic heritage that is such an asset to our community.

The Onondaga Historical Association Museum has recently opened an exhibit titled “It’s In Our Very Name: The Italian Heritage of Syracuse.” Most of the exhibit explores the Italian immigrant experience in Syracuse and its dynamic influence on the community, through topics such as family, food, work, religion and social activities. Those who can trace their heritage to Italy remains one of the largest segments of the Syracuse area’s population. The OHA is especially thankful to the many people of Italian ancestry who loaned treasured family photos and artifacts for the exhibit, which will run through March 2015.