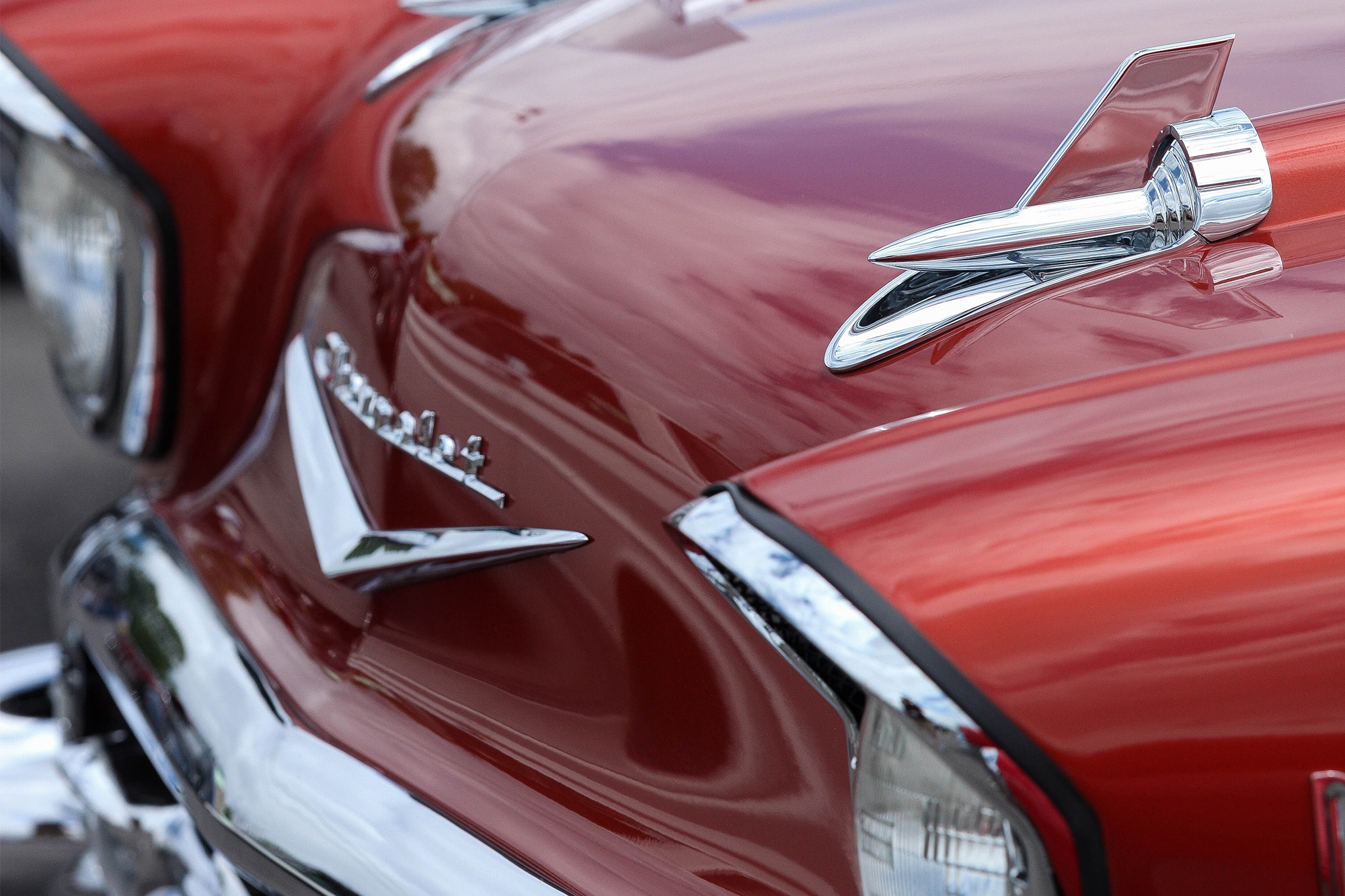 The scent of gasoline fumes and the sounds of revving engines permeated throughout the Horticulture Building at the New York State Fairgrounds on July 13, as vehicles of yesteryear started moving in for the Syracuse Nationals classic car weekend. Each year, vintage automobiles overtake nearly every available inch of the fairgrounds for three days of viewing the many classy chassis.

Event director Rob O’Connor said his favorite part of the show is seeing how much everyone enjoys the showcase. “People look forward to it. They plan their vacations around it,” O’Connor said. “So it’s really cool to be able to put this together with a bunch of other great people to make that happen.”

During the 2017 edition, which marked the Nationals’ 18th consecutive year, several celebrities were on hand to chat with patrons and sign autographs. Among these were Paul Teutul Jr. from Discovery Channel’s American Chopper, entertainer Brett “Big Schwag” Wagner, members of Steve’s Restorations and Hot Rods from History Channel’s American Restoration, and American Graffiti actress Candy Clark.

New for this year, O’Connor introduced the Syracuse Nationals After Dark, with live music and barbecue presented under a large tent where the former grandstand’s race tracks once held court. Friday and Saturday nights also featured a fireworks display and a drive-in movie theater.

Gasoline Alley, a nostalgic race car exhibit inside the Horticulture Building, returned for its fifth year. The cars were again decked out with eye-catching paint jobs and ear-shattering engines.

Nearby was the 11th annual Artie’s Party, a pinstriping display composed of more than 60 artists from across the globe. Each work of art made at the show was auctioned off, with 100 percent of the proceeds going to the Ronald McDonald House Charities of Central New York.

Artie Schilling, who spearheads the benefit, said when the opportunity arose for him to raise money for the Ronald McDonald House, he jumped at it. “It’s just been a thing for my wife and I. We just love it. We’re helping people, especially kids. It’s a real big deal to me.”

Schilling also shared his admiration for each artist. “Every one of them is my friend. Not just as an artist, and I mean that very sincerely,” he said. “We all admire each other very much. What we do and what we produce, we feed off of each other. It’s a mutual admiration.”

Also taking place at the Horticulture Building was the eighth annual Winfield Award. Gene Winfield, 90, is an esteemed automotive customizer whose work has been featured in major motion pictures (Blade Runner, Back to the Future 2) and television series (Star Trek).

Winfield said he receives 50 to 100 car submissions every year, complete with photos and descriptions of what has been done to it. He then chooses six to come to the Syracuse Nationals so that he can select a winner based on various intricate details.

“I go under the cars and I look at everything inside and out,” Winfield said. “I consider the amount of body work, the amount of detailing, the changes, the engine, everything.”

Bruce Levin won this year’s Winfield Award for his 1951 Ford; he went home with a cool $10,000, a trophy and jacket. The other five finalists were given consolation prizes of a trophy, a jacket and $1,000.

O’Connor said that reinventing elements of the Nationals every year gives people the incentive to come back. “Now with the Fairgrounds’ (reconstruction), we have a lot more room, so we’re looking to add some more activities, some more cars and more vendors,” O’Connor said. “We have some really good partners in Albany and Onondaga County who are helping us make it bigger and make our outreach even farther.”