As far as weekends go, this past one won’t go down as one of the better ones for the Syracuse University athletics department.

On Friday, the university released a statement announcing the conclusion of an NCAA investigation into probable violations by the department. That statement followed a two-day hearing for SU officials in Chicago before the NCAA’s Committee on Infractions, which will announce its findings in a public report in 30 to 60 days.

The investigation centered on men’s basketball violations that were reported by the university itself. Self-reporting usually counts for something, but the timespan covered by the investigation (perhaps since the early 2000s) indicates that the basketball program could face “lack of institutional control” penalties.

Any football issues appear to pre-date Syracuse’s most recent coaches, Doug Marrone and Scott Shafer. That’s the good news for Shafer; the bad news from this past weekend is that by losing to North Carolina State, 24-17, Saturday at the Carrier Dome, the Orange will need a miracle to become eligible for a bowl game. 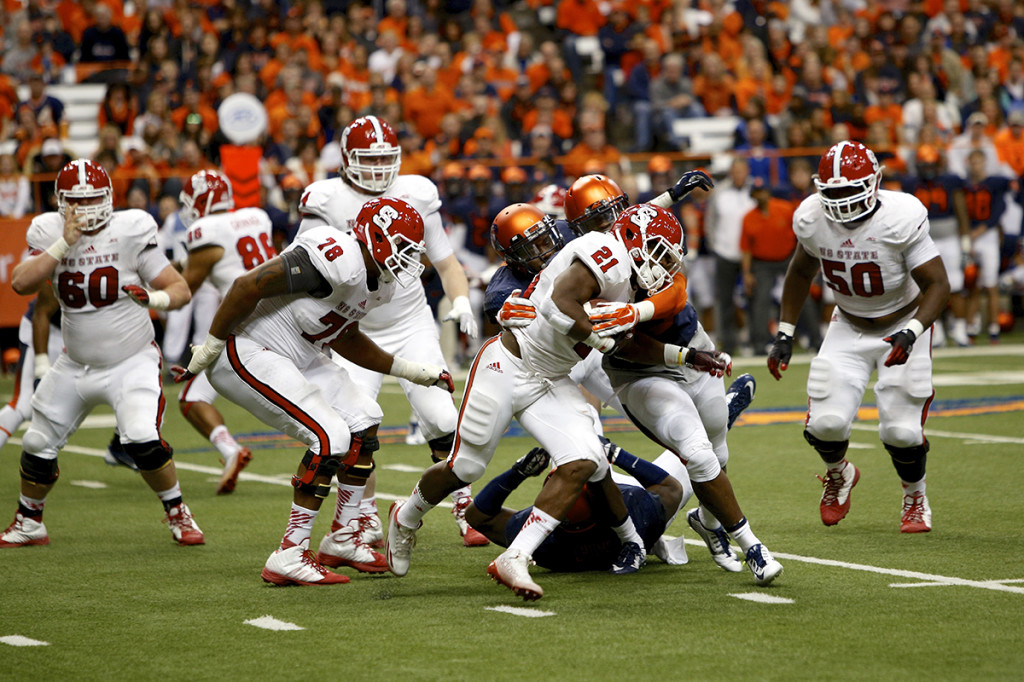 With a 3-6 record, the Orange will have to defeat No. 24 Duke University Saturday, Nov. 8, at the Dome and then go on the road and beat Pittsburgh Nov. 22 and Boston College Nov. 29. With a true freshman (AJ Long) starting at quarterback because of injuries, a banged-up offensive line and injuries to other key players, it appears SU will not be invited to a bowl game for the first time since 2011.

“There’s still a chance,” Shafer said. “We’ve got to win out and pull off a miracle, but let’s do it, man. Let’s get out there and do it.”

The men’s basketball team, meanwhile, played its first exhibition game Sunday and defeated Carleton University, from Canada, 76-68, at the Dome. It was an impressive win because the Orange trailed by 14 in the first half against a team that has captured eight of the past 11 Canadian national titles and was 10-1 in exhibition games against U.S. college teams.

But the Orange will have to play at least the first month of this season with the NCAA hammer hanging over its head. No one from the university is commenting on the investigation, so here’s the full statement released Friday from Kevin Quinn, the university’s senior vice president for public affairs:

“Earlier today, Syracuse University concluded a hearing before the NCAA Committee on Infractions. The hearing completes a cooperative process stemming from the university’s self-report of potential NCAA violations.

“None of the potential violations involve current-student athletes. The issues regarding men’s basketball and football occurred years ago, with the exception of certain issues in basketball occurring between 2010 and early 2012. Since first self-reporting to the NCAA in 2007, the university, in partnership with the Department of Athletics, has implemented a series of best practices, reformed and strengthened existing policies and procedures, and realigned and improved a range of student-athlete support services.
“The university is fully committed to ensuring compliance with all NCAA regulations and maintaining the highest standards of integrity and responsibility. With this significant step in the process complete, we look forward to reviewing the committee’s findings and resolving this matter.”

The issues that occurred in basketball between 2010 and early 2012 likely focused on Fab Melo’s academics. Melo played for the Orange during that time and was suspended twice for academic issues. The second suspension kept him out of the 2012 NCAA Tournament and ended his SU career.

The issues that date to 2007 probably centered on the school’s own drug policy. Syracuse officials told Yahoo Sports in 2012 that it had self-reported violations regarding a failure to adhere to the policy.

That Syracuse self-reported those initial violations and overhauled its student-athlete policies and procedures should work in the school’s favor. However, the NCAA Infractions Committee has historically been a fickle and inconsistent bunch, so don’t be surprised if harsh penalties are doled out and Syracuse exercises its right to appeal — making the story a subplot to the entire season. 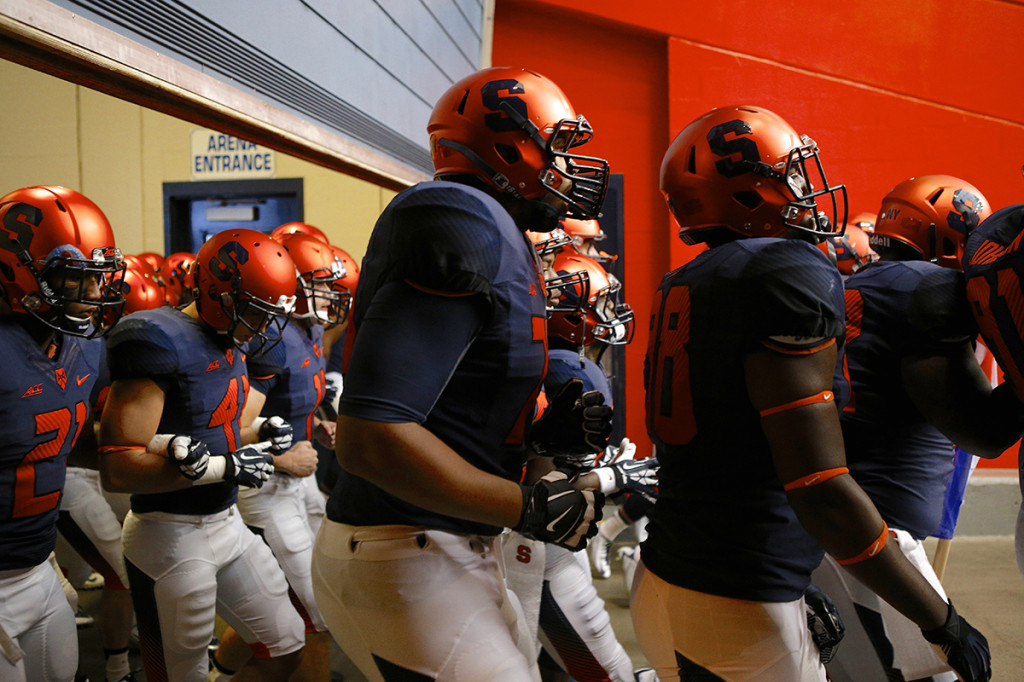 And the football team? A Long interception returned 82 yards for a touchdown in the third quarter turned a 14-9 SU lead into a 17-14 deficit and the Orange never recovered against N.C. State. The Orange is a desperate team as it enters the final quarter of its season.

“We need to make sure our freshman, and our sophomores, and juniors play as if it was their last year, as well, because we want this bad,” senior linebacker Cam Lynch said, speaking for the seniors who want to end their career with a bowl game. “We have three games left and we want to make it four, so we just have to win out.”