Proving to the world that Onondaga Lake is safe for swimming

Bully for them! Just be apprised of an extremely important distinction between those dignitaries and me: Jeff Kramer doesn’t just talk about swimming in Onondaga Lake. Last week, Jeff Kramer actually did swim in it. 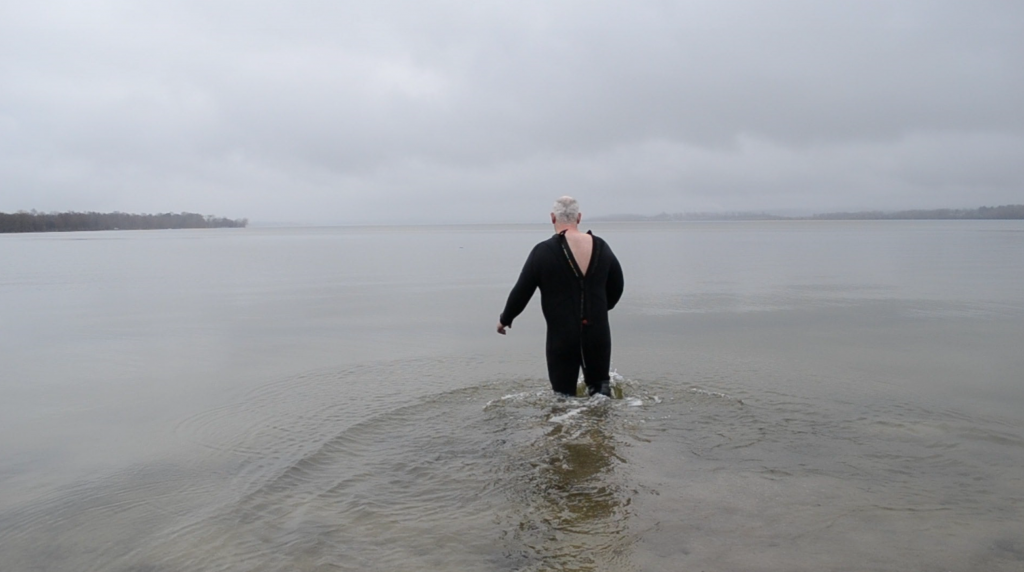 See, there comes a time when you have to put up or throw up. If Onondaga Lake, long maligned as the nation’s most polluted urban lake, is finally safe for swimming, if it’s no longer a repository of feminine products and headless brown trout, let’s prove it to the world, not to mention to ourselves, which may be the toughest audience of all.

“You didn’t go in there, did you?” a county parks worker asked as I trundled to the Willow Bay bathhouse after my frigid dip.

“They say it’s safe for swimming!” I enthused.

The worker shook his head and walked off, as if I were some kind of freak.

“Come back!” I screamed through my new prehensile face pancreas. “Haven’t you heard about the updated fecal coliform numbers?”

Obviously I’m kidding about the face pancreas. There were no unusual growths (that I know of), no extra eyeball, no rashes or sores, no visible manifestations whatsoever of my swim other than a rosy glow of health. In fact, I’ve never felt better. A few days after the swim I experienced itchy eyeballs and the most horrific case of diarrhea imaginable, but it’s unlikely those maladies were caused by lake exposure.

Almost a week after plunging into the butt of local jokes, I don’t feel a day over 65. (I’ll be 53 on Thursday.)

The logistics of the swim were simple enough. First, I rented a wet suit. Despite the recent mild weather, the lake’s temperature remains “colder than a dead crappie in a Mother’s Day snowstorm,” according to the county Department of Water Environment Protection.

The next task was to physically get inside the wet suit, which was more challenging than I would have hoped. Ty Marshal, my personal documentarian at the Syracuse New Times, aided in the process by yanking frantically on any neoprene he could grasp and dislocating both my shoulders. Even then he couldn’t zip up the back of my suit. No matter. It was time to reclaim the sacred waters of Onondaga Lake for recreational swimming.

Gazing to the west, I imagined how it would have been at the birthplace of the Iroquois Confederacy, when the Great Peacemaker brought together the warring tribes in the time before the marketplace of the Great Bamboozler, who sold tom-tom cases and overpriced appetizers on the pretense that it would save Mother Earth.

I thought about the curative baths on the lake that became popular in the 19th century, and whether those curative powers remained, despite the predations of the Industrial Age.

I thought about anything I could to avoid jumping into those ancient waters-o-mystery, but with Ty’s camera rolling and a GoPro strapped to my right wrist, it was now or never. I ignored a dead fish at the bottom, and in I went. Splash! Brrrr! And then . . . exhilaration.

Surely someone has entered the lake since it was officially closed for swimming in the 1970s. But they were drunk or insane. Or police divers searching for bodies. I was none of the above. I was simply a bather. I whooped and frolicked, and I was overcome by a powerful realization: Thank God I remembered to wear my custom-made earplugs.

A few housekeeping notes amid the frivolity:

Strictly speaking, swimming from shore is still not allowed because there is no official beach. No worries. That’s just a simple matter of various agencies receiving and/or granting the proper permits and negotiating a few other minor bureaucratic hurdles. It’s not a stretch to project an official beach opening as soon as Memorial Day weekend … 2040.

Finally — and regrettably — the south end of the lake, which scientists refer to as “The Horrible Yucky End,” is still not safe for swimming. If you’re intent on having a poisonous, life-deadening experience in that zone, please, stick to Destiny USA.