(LIVING SPACE) Gloria Wright takes us into The Leavenworth Apartments on James St.

A 5-year-old F. Scott Fitzgerald might have scuffed his shoes on the hallway of the Kasson Apartments at 615 James St., but the building across the street at 622 James is no slouch in the history department.

The Leavenworth Apartments, built circa 1910, take their name from Elias Warner Leavenworth, one of Syracuse’s founding fathers, its second mayor and the father of the city’s park system. Leavenworth moved to Syracuse in 1850 to marry Mary Elizabeth Forman, daughter of Judge Joshua Forman, Syracuse’s founder. Leavenworth, a lawyer and brigadier general of militia, was elected to the Congress in 1875.

In 1839, work began on a grand Greek Revival mansion on one of the first lots of land sold on James Street. It was designed by architect Deacon Elijah Hayden, one of the first architects in Syracuse, and was completed in 1842. 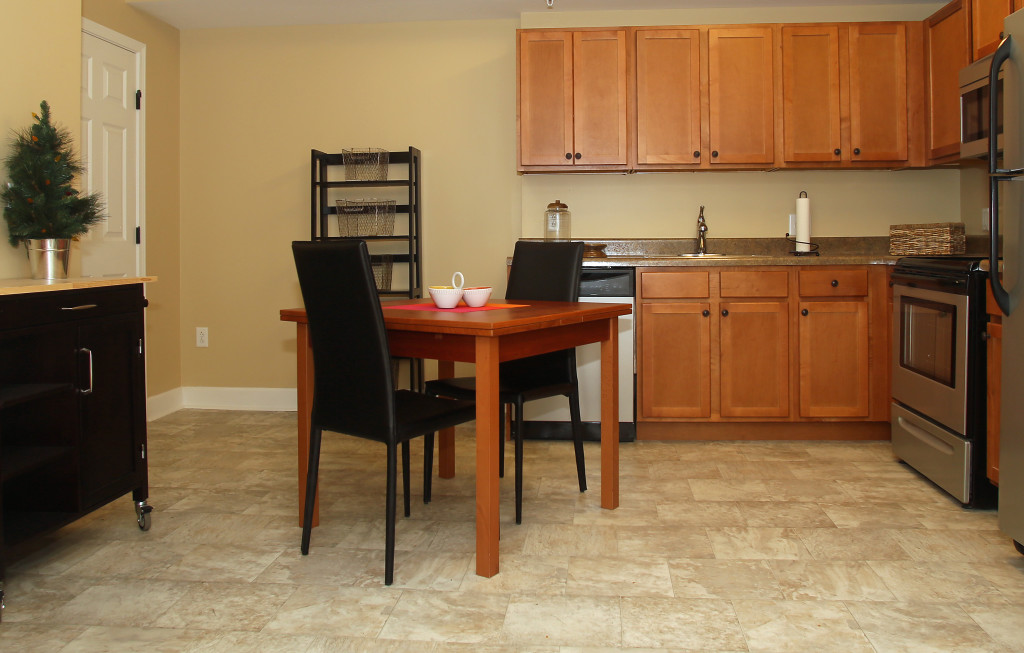 The kitchen in the model unit at 622 James St. has a tile floor and stainless steel appliances.
Photo by Gloria Wright | Syracuse New Times

Leavenworth Apartments stands on the former grounds of the mansion, which was torn down in 1950 and replaced with an office building that is now vacant.

Two dollars and about $15.5 million in hard construction costs later, both buildings are known as Kasson Place Apartments. The 30 apartments at 622 James St., built in 1895, were completed in spring 2013 and are fully occupied. Two of the 53 units remain vacant at 615 James St., including the model; 18 apartments were reserved for families at or below 60 percent of the area’s median income, Bodewes said.

The Leavenworth has studio, one- and two-bedroom apartments ranging from 420 to 839 square feet. Monthly rents start at $660 for studio units, $870 for one-bedroom units and $1,015 for two-bedroom units. 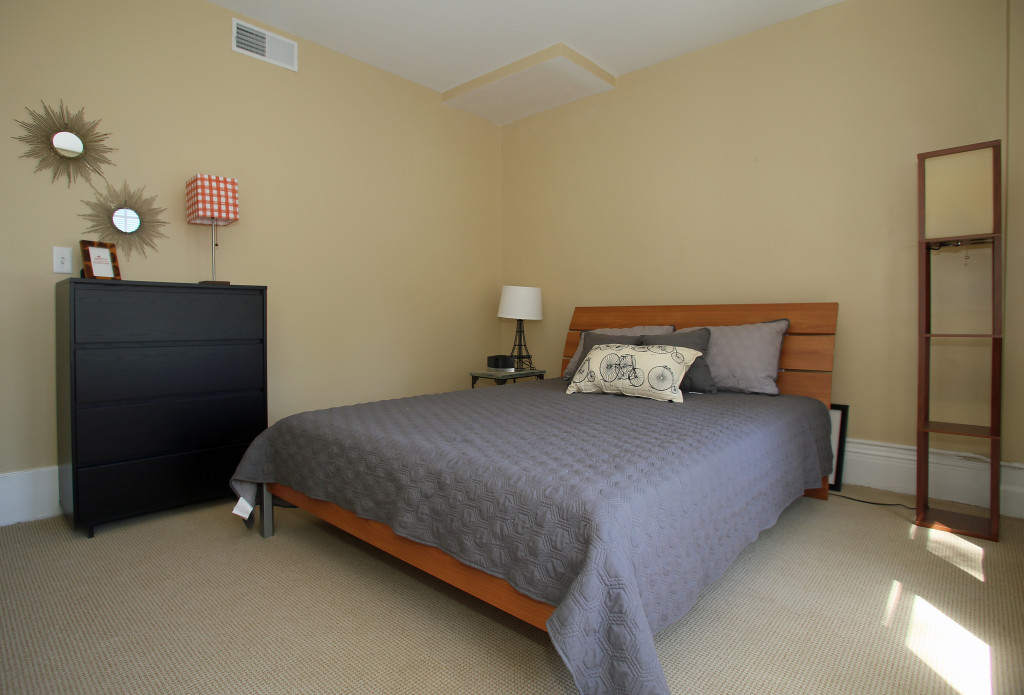 The model unit at 622 James St. has two bedrooms. The second, smaller bedroom, was styled as an office.
Photo by Gloria Wright | Syracuse New Times

Both buildings were built as apartments, so Conifer followed most of the original floor plans, with tweaks to comply with the Americans with Disabilities Act and to enlarge some rooms. Both buildings are listed on the National Register of Historic Places.

“The buildings were a mess. … We kept as much of the original hardwoods, moldings, doors and hardware as we could,” Bodewes said.

Bodewes said he was glad Conifer was able to keep the original large windows in the Leavenworth apartments.

“That was a point of interest for historic financing,” he said. “The windows make it a tremendous place to live. You don’t see that much natural light in many apartments.”