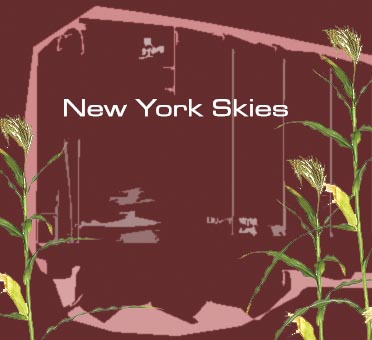 It was the size of a train box car, there was a very bright red glow that seemed to surround it extending approximately 5 or 6 feet.

This was supposed to be a relatively routine evening. Sally and her parents were going on a five minute trip down the road to the grandparents’ house for dinner; it was about 6:45 p.m.

As it was the middle of March in northern Franklin County the snow banks on the sides of the road were about four feet high. Her father had just turned on to State Route 30 when the family saw what initially appeared to be the lights of a tractor out in the middle of a huge corn field.

As their car got parallel to the lights they all observed a very odd vehicle. Her dad stopped the car to get a better look; it was 6:48 p.m.

What they observed was a large rectangular craft of some sort; its sides were oddly and brightly illuminated. As Sally’s father looked into the back seat at her, she could see his troubled face lit up from the objects peculiar glow. Of course Sally’s dad was vigilant of possible traffic on the lonely road. She could see he was shifting his attention to the eerie object and looking out for other cars.

Sally continued to look at the thing. It was the size of a train box car, there was a very bright red glow that seemed to surround it extending approximately 5 or 6 feet. Her dad noted that it was moving toward the northwest at a leisurely walking speed.

The big boxy rectangle by this time was about six feet from the edge of the road. Her dad rolled down the car window and they all heard absolutely nothing except for the low rumble of their own car engine. That’s when Sally’s mother grabbed hold of her dad, shook him and begged him to drive away, which he did with haste.

A few minutes later they arrived at the grandparents’ home where they were greeted with “Where in hell have you been?”

The grandparents pointed out that the family was over a half an hour late. Sally looked at the clock on the wall it said 7:28 p.m. Her dad blurted out, “You won’t believe what we just saw…”

Sally saw her mother shake her head “No” to Dad. He abruptly dropped the subject.

The next day Sally’s dad, a hunter, went back to that corn field with his snow shoes and found no evidence that the boxcar sized craft was ever there.

Let’s take a look at some of Franklin Counties other sightings:

24 Sep. 2009 at about 8 p.m. a group of Malone residents enjoying the night sky noted three  red lights flying in a broad “V” formation. The lights were passing from roughly east to west and were silent. They stayed the same position and distance relative to each other. They lost sight when the objects were obscured by some trees.

10 Aug. 2011, at about dusk, a half dozen folks in Burke hear a noise similar to a corn chopper. The group was puzzled, “Who chops corn at night?” As the sound got closer they saw a large black triangle object. One of the folks shined a bright flashlight toward the object. At that moment the huge triangle abruptly turned left and headed northeast slowly until it disappeared in the dark sky. The generally mood of the group was: “WOW!”

10 Sep. 2011 at about 9 p.m. a couple of ladies were driving on State Route 86 near Saranac Lake. The passenger noted three odd bright objects in the sky. The driver tried to be dismissive that what she was seeing was something ordinary, the passenger insisted. Finally the driver pulled over to the side of the road and took a good look. There in the clear night sky were three objects darting around and making dramatic color changes from white, red, orange, blue, green, gold as they changed location.

18 Sep. 2011, at about midnight in a wilderness area near Malone, five adult family members observed a bright stationary object that seemed to twinkle like a star. A closer look with a rifle scope revealed that the object had multiple colored lights that flashed in a “weird pattern.” It was noted that while the colored lights were blinking-on they could see that the object was large and triangular shaped. They scrambled to find a working camera, by the time they did, the object was gone.

18 Jan. 2012, at about 6:30 p.m. a Malone resident observed a set of strange lights in the sky that suddenly combined into one very large light then winked out.

19 Jul. 2013, at about 10 p.m. a St. Regis Falls resident was photographing thunderstorms. During a flash of lightning an unknown object was revealed in the sky. The photographer states there was no sound of an engine, only the rumble of distant thunder.

If you have a UFO sighting to report, you can use either one of the two national database services: www.NUFORC.org  or  www.MUFON.com  Both services respect confidentiality.