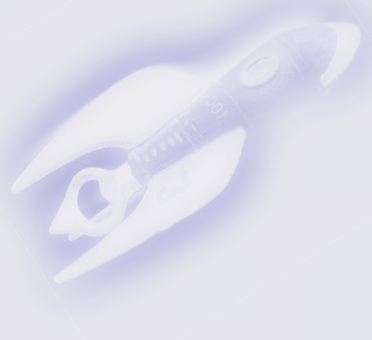 To this day he believes “they” have pictures of him.

It was a bright, warm, lazy summer’s day in 1946, about midday in rural Lincoln, in Wayne County. Joshua was playing in his family’s yard when suddenly there was a loud roar coming from the sky.

The 10-year-old looked up to see flashing lights on either side of what he at first thought was an airplane. The eight or so flashing lights were of various shapes and seemed to hang in the sky as the flying object began to lower itself. As it neared the ground, Joshua realized that it was shaped like a rocket of some sort, the kind of stuff he’d seen in the comic books. As the “rocket” came very close to the ground, Joshua had the good sense to lay down flat.

As he lay there, looking up at the hovering object, he noted that the “rocket” was gun-metal gray. Around its middle there was some sort of wide metal band with holes in it. The band seemed to turn, and every time it did it went “click.” Joshua had the impression that the very stationary “rocket” was perhaps taking picture of him. Then, as quickly as it came, it left with a whoosh and in a matter of seconds was gone over a nearby hill.

Joshua just laid there for some time doing his best to figure out what just happened. Finally he ran in the house and told his mother about the strange space ship or airplane without wings. Joshua’s mother was busy canning tomatoes. She told him she heard the loud noise but she was too busy to leave her canning. Then she told her son to go back outside and play.

It would be many years before Joshua would hear about UFO sightings and realize what he had seen. Joshua says that the whole thing scared him then and thinking about it still scares him, some 67 years later. To this day he believes “they” have pictures of him. He says that the experience is as vivid in his recollection as when it happened.  Lastly he relates that he’d really like to know “if they were visitors from another solar system.” (Joshua is not his real name.)

20 Nov.: At about 11:20 p.m., a man in Sherman received a telephone call from his daughter in Shallotte, N.C. She asked him to go outside and to look at the Orion constellation. The man took his binoculars and observed a very bright object with flashing red and blue lights. What fascinated him was the fact that the event was observable by both him and his daughter, who was about 800 miles south of him.
23 Nov.: At about 9:30p.m., a resident of New Paltz was watching television and through a window a bright red-orange light caught her eye. It was moving north toward the observer then suddenly pivoted and began heading east. Then something amazing happened: A second bright red-orange light seemed to catch up with the first, and they flew together. She called up to her husband, an amateur astronomer, fearing he wouldn’t believe her. He, too, saw the two objects and observed a third bright red-orange ball catch up and follow the first two. She reports that he dismissed what he saw, “… must be weather balloons.”
26 Nov.: At about 1 a.m., a person visiting family in Copake for the holiday was star gazing out a bedroom window, suddenly noticing a bright light in the sky that moved around. The object would abruptly stop, hover, then begin moving rapidly again in various directions and changing colors as it went. Then a second joined the first, and together they flew in an unpredictable aerobatic ballet. The observer reports that the colors ranged from white, blue, green, orange, red and yellow. Finally, after almost an hour, the objects darted off. The observer reports just sitting on the bed afterwards, questioning their sanity.
30 Nov.: At about midnight, a resident of Collins Center glanced out a window with a southerly view and saw five lights in a triangular formation. It was a cloudy night so no other stars were visible and these lights were clearly flying under the overcast. After a few minutes of watching the formation she reports that “they simply disappeared.” She says she went and told her husband, who immediately dismissed her sighting. Since then, she’s been actively searching online for information about similar formations.

If you have a story to tell, I’d love to hear the when, where and what, email it to [email protected]. The names of witnesses will be omitted to protect their privacy.

Recall the old coffee shops, hon
Back To Basics
To Top