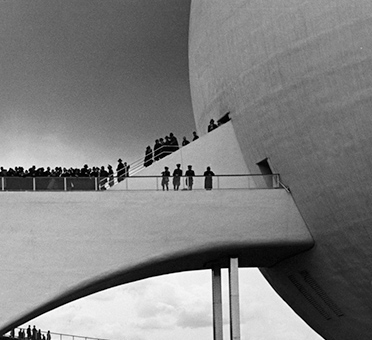 Several UFO web sites and a published book on New York UFO’s have related a story about a New York World’s Fair event. The reported UFO event was said to have occurred in early April of 1933.

Some of my blogs are based on retro accounts that a witness enters into one of the national UFO databases. Very often these reports are made years or even many decades after a sighting. Frequently the sighting information is solid and vivid but the gulf-of-years seems to soften the dates that the witness remembers.

My first thought upon seeing this World’s Fair story several times was that it would make a great blog retro story. I researched both the NUFORC.org and the MUFON.com data bases and behold; I found the account in the NUFORC data archive. I printed it out and filed it for future use.

Have you ever awakened in the middle of the night with some bright realization? One night recently, I woke up suddenly, rolled over, and whispered to myself “New York didn’t have a Worlds Fair in 1933!”

Needless to say most baby boomers probably wouldn’t care about the details of an exposition some 75 or 80 years ago. In my case I’ve written theatrical material set in the 1930s. Playwrighting requires high degree of research; therefore I know something about that era.

So when and where did this UFO sighting happen?

In 1933 there was a World’s Fair scale event but it was in Chicago. It was called the A Century of Progress International Exposition and it celebrated the 100th birthday of Chicago. The event ran from May 27, 1933 to November 1st, 1934.

In 1939 there were two World’s Fair scale events. The Golden Gate International Exposition which opened in February 1939 and closed in September 1940, held at San Francisco, California’s Treasure Island. The other event was the New York World’s Fair which ran from April 30, 1939 and closed on October 31, 1939. 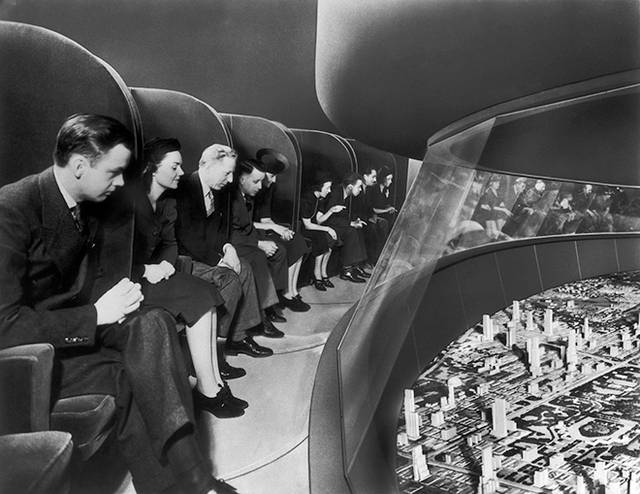 The UFO report stated an approximate date of 18 April 1933. The Chicago event on first glance might have been the correct place after all it’s easy to mix up spring days in April or May. Another aspect that made me consider Chicago was the fact that the airship Graf Zeppelin made an appearance at the event; perhaps there was a mis-identification of that airship. Alas, as I checked the facts, the Graf Zeppelin was there on one day only and that was on October 26, 1933, six months out of sync with the report.

As I looked through the small UFO report the observer recounts that the exposition had nightly concerts, lights shows and gas jet shows. A careful examination of primary sources from both Chicago and New York events revealed that only the New York exposition had the nocturnal performances of light and gas jet spectacles.

So it’s my speculation that the UFO sighting in the NUFORC database actually occurred in the spring month of May versus April of 1939 at the New York World’s Fair.

In the spirit of historical reporting let me recount a slightly more detailed version of what the family and others experienced that evening.

It was the spring of 1939, Martha and her family was taking in the sights of the 1939 World’s Fair. The slogan for the fair was “Dawn of a New Day,” for the fair’s theme was “Building the World of Tomorrow.”

After a day of sightseeing, Martha’s family decided to attend the Lagoon of Nations show. It was unlike anything that had been seen before. Every evening after sundown at 9:00 p.m. the spectacle began. The show featured the use of 1,400 water nozzles, which could eject nearly 20 tons of water into the air at one time. Besides the water, the show employed 400 gas jets, 350 fireworks guns, and 3,000,000 watts of light (585 colored drum lamps and 5 giant spotlights.) In an era before microcomputers, the presentation was controlled by three operators who watched a scrolling script. The show’s musical score was by written by Robert Russell Bennett and performed by a live orchestra, located in a studio elsewhere on the fairgrounds. The sound was broadcasted from the studio to large speakers near the Lagoon show area using a new technique called “stereo.”

According to Martha, during the presentation an odd lighted amorphous cloud-like shape suddenly appeared and hovered high over the crowd. She said that many people saw it for nearly twenty minutes before it “darted off straight up” and disappeared into the cloudless star-lit sky.”

She states that she remembers it “vividly.” (Martha is not her real name)

(Watch clips from the 1939 New York World’s Fair below)

(Regarding December UFO sightings, folks were busy Christmas shopping, looking for parking places and not looking at the sky. So the December 2013 sighting reports for New York are a bit scant)

11 Dec.: at about 9 p.m. a married couple in Poughkeepsie saw a bright light in the southeast sky about 60 degrees off the horizon. Being amateur astronomers, they knew this wasn’t something astronomical, so they grabbed their telescope and watched the object. They noted a set of four very bright white lights. While the object remained motionless during nearly 90 minutes of observation, the couple saw small objects ejected from the craft in the form of red lights.

11 Dec.: at about 11:15 p.m. near Centereach on Long Island a motorist and his mom were driving back from the store and observed a huge “V” shaped object. The craft had approximately five bright lights on each side and a couple red flashing lights. It was flying extremely slow, making absolutely no noise. They report that the object just disappeared before their very eyes.

13 Dec.: at about 4 p.m. a graduate student in Pleasantville observed what initially looked like a bright white orb in the clear winter sky. Upon a closer look the bright object appeared to be a diamond shaped object; it was noiseless and left no vapor trail.

13 Dec.: at about 6 p.m. college student in Potsdam observed two extremely bright orange fireballs objects against a completely black sky. Both objects were moving very fast together then abruptly broke formation and darted off in opposite directions, and silently vanished.