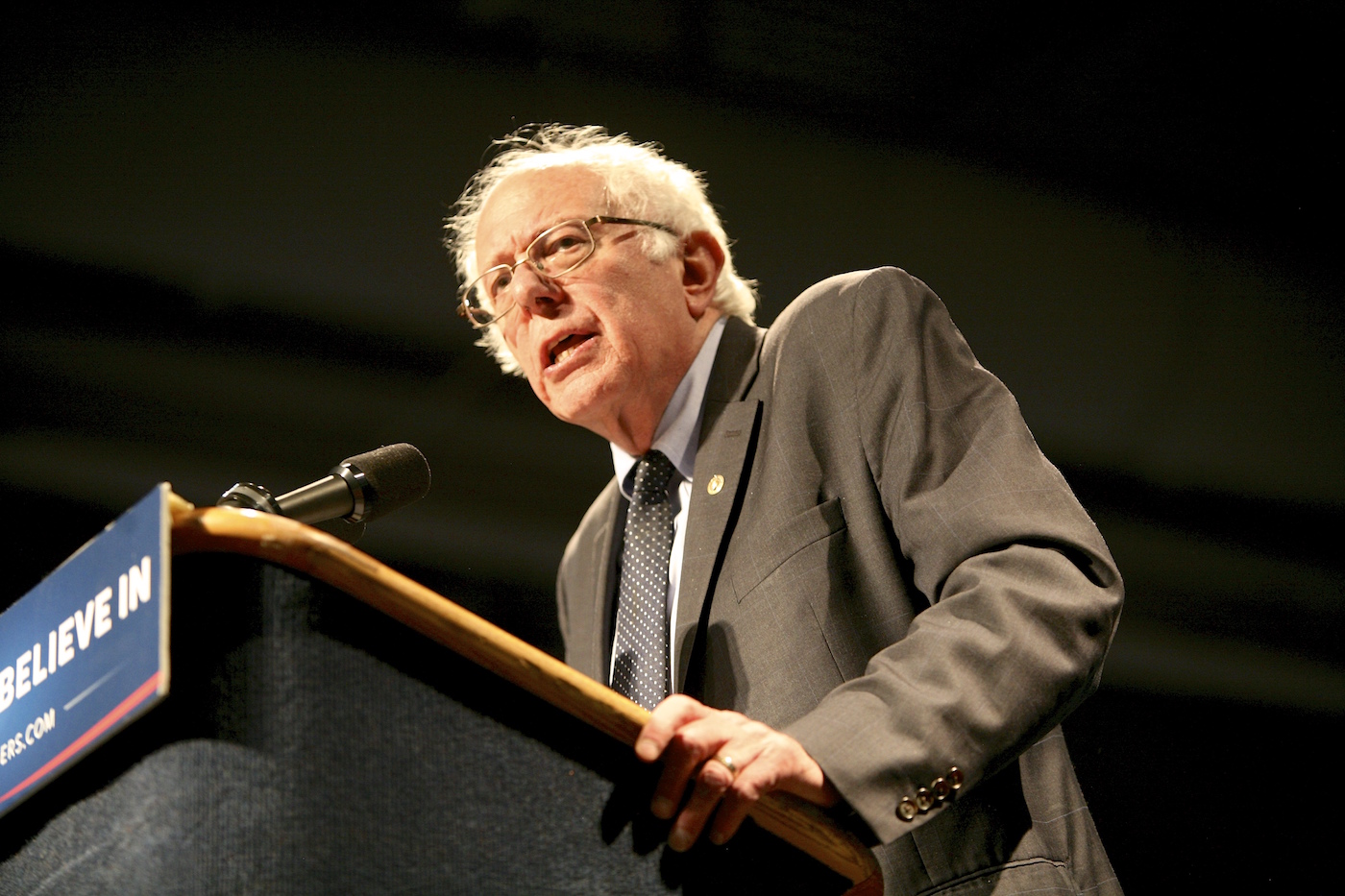 New York state was truly the center of the universe in April as a quintet of presidential candidates made their campaign rounds ahead of the state’s April 19 primary. The fab five each made pit stops in Central New York, as Syracuse New Times photographer Michael Davis shuttled between their rallies to record their moments in the Salt City spotlight.

Democratic candidate Hillary Clinton struck first on an April Fool’s Friday with an afternoon visit at the Regional Market. Riding on the Final Four coattails created by the Syracuse University men’s and women’s basketball teams as they vied for national championships that weekend, the former secretary of state, as well as most of her audience, was decked out in orange-hued regalia. Syracuse Mayor Stephanie Miner, for instance, was large and in charge in a T-shirt that read “Real Mayors Wear Orange.” Prior to her F Shed speech, Clinton had earlier stopped at SU’s longtime Varsity Pizza for photo ops with students.

Next up was Republican Ohio Gov. John Kasich, who addressed nearly 1,000 supporters at an April 8 town hall meeting held at Le Moyne College’s Henninger Athletic Center. One of those supporters was former Congressman James Walsh, who delivered the Kasich introduction.

Democratic challenger Bernie Sanders’ April 12 visit at the Pirro Convention Center took on all the trappings of a much-anticipated rock concert, as the Vermont senator’s local fan base started lining up roughly six hours in advance of his afternoon speech. Local beatboxer Joe Driscoll warmed up the crowd, while actress Rosario Dawson also made an appearance, with Sanders sealing the deal with an inspirational speech that energized the young voters he is courting.

In contrast, Republican candidate Ted Cruz fielded a low-key rally April 15 at Cicero’s Driver’s Village. At least Cruz had some fun on his campaign trail during a photo-op moment over a foosball table, as Cruz and campaign aide Bruce Redden amiably squared off with political reporters John Heilemann and Mark Halperin, co-stars of the 2016 primary documentary series The Circus on pay cable’s Showtime.

Speaking of circuses, rounding out the pack was Republican front-runner Donald Trump’s April 16 turn at the Pirro Convention Center podium. While the Sanders show came across as a love fest, the Trump rally lured several thousand hardcore admirers inside the center (people with DSLR cameras were barred from entering, however) and a few hundred protesters on the surrounding sidewalks. Emotions were heated as the opposing views collided after the speech, with neither side yielding ground. And it was hard to tell which sidewalk souvenir was scarier: the rubber Trump masks or the anti-Clinton T-shirts that sported the words, “Trump That Bitch!”

View the photo galleries below: