Naming the Warehouse after SU Chancellor Nancy Cantor is premature

Two local universities are saying goodbye to their chief executive officers within a few weeks of one another this fall. Syracuse University’s chancellor, Nancy Cantor, is heading to New Jersey to take on the reins of Rutgers’ Newark campus. That was a planned departure, sooner than many had expected, but planned nonetheless.
A stone’s throw away, a very different scenario has unfolded at Upstate Medical University. Quite abruptly, President Dr. David Smith resigned his position amid allegations that he improperly padded his pay. Smith is facing legal issues, has lost a chance to lead at Penn State University and appears to be headed out of town. We don’t have enough facts to judge him, but his exit from Upstate can hardly be construed as a happy ending.

Cantor, on the other hand, has been honored by SU, even though many on the Hill still feel that faculty discontent led trustees to suggest that she make an early exit. 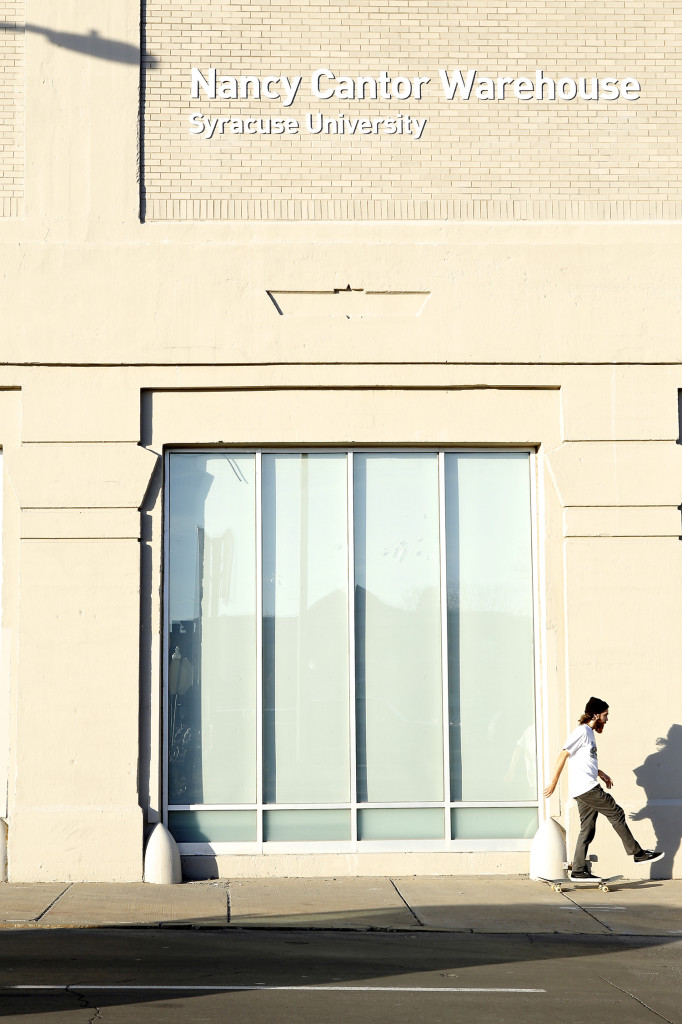 In any case, her imprint on the city, and the school, will be long-lasting. She has been a powerful force as a woman unafraid to embrace friends and challenge adversaries. She has altered both this town and the SU campus, and deserves recognition. I count myself among her admirers.

The university has decided to name a building in her honor. The Warehouse in Armory Square, a symbol of Cantor’s determination to have SU embrace the city that gave it a name, will henceforth be known as the Nancy Cantor Warehouse.

Can anyone set aside their feelings about the chancellor for 30 seconds and contemplate why this is a really bad idea?

Let’s suppose for just a moment that the two situations had been reversed. Let’s suppose that last week Penn State had announced that it was hiring Smith. With Smith in the final months of his tenure at Upstate, what would have prevented the school from naming a building, or a wing, or, perhaps more appropriately, the billing office, in his honor? Probably nothing. Had they done so, once the allegations against Smith surfaced, we would all be feeling a little silly at bestowing such an honor on someone whose departure comes under such a cloud.

There is wisdom in waiting to proclaim someone a saint until after he or she has been safely in the ground for a decent interval. Memorializing a beloved or revered public figure should mean just that: memorializing them, remembering them when they are gone. (In this context, “gone” does not mean gone to the Garden State land of Bon Jovi.)

The list of good people who have gone bad after their names were affixed to edifices is lengthy. Have you ever watched a ball game at the Joe Bruno Arena Stadium, in Troy? It was named for the same state Sen. Joseph Bruno, who left the state Senate under indictment and whose name is synonymous with the cesspool on the Hudson that we call the state Legislature.

Our very own Golisano Children’s Hospital? That wonderful hospital, built largely with money raised by our community, was named for a man who, since having his surname attached to the tower, was investigated for financing the takeover of the state Legislature and who has since publicly called for billionaires such as himself to change their legal residences so as to avoid contributing to the state’s coffers.

Penn State should have learned its lesson when it erected a statue of Joe Paterno on campus, only to have it unceremoniously removed during the Jerry Sandusky scandal. Orange fans can only thank providence that the name on the hardwood court at the Dome is that of Jim Boeheim, not Bernie Fine.

This is not to besmirch the reputation of Cantor. Chances are excellent that she will continue to be a positive force in the academic world in Newark and beyond. It is a plea for humility, and patience. There are plenty of less-permanent entities one could choose to honor an eminent person taking her leave. True, there is a tradition of naming buildings after past chancellors, even living chancellors, but tradition doesn’t make a bad idea a good one.

Like tombstones, buildings should bear the names of those who have gone on to their just reward, taking with them all possibility of disgrace. We are all mortals, lest we forget.