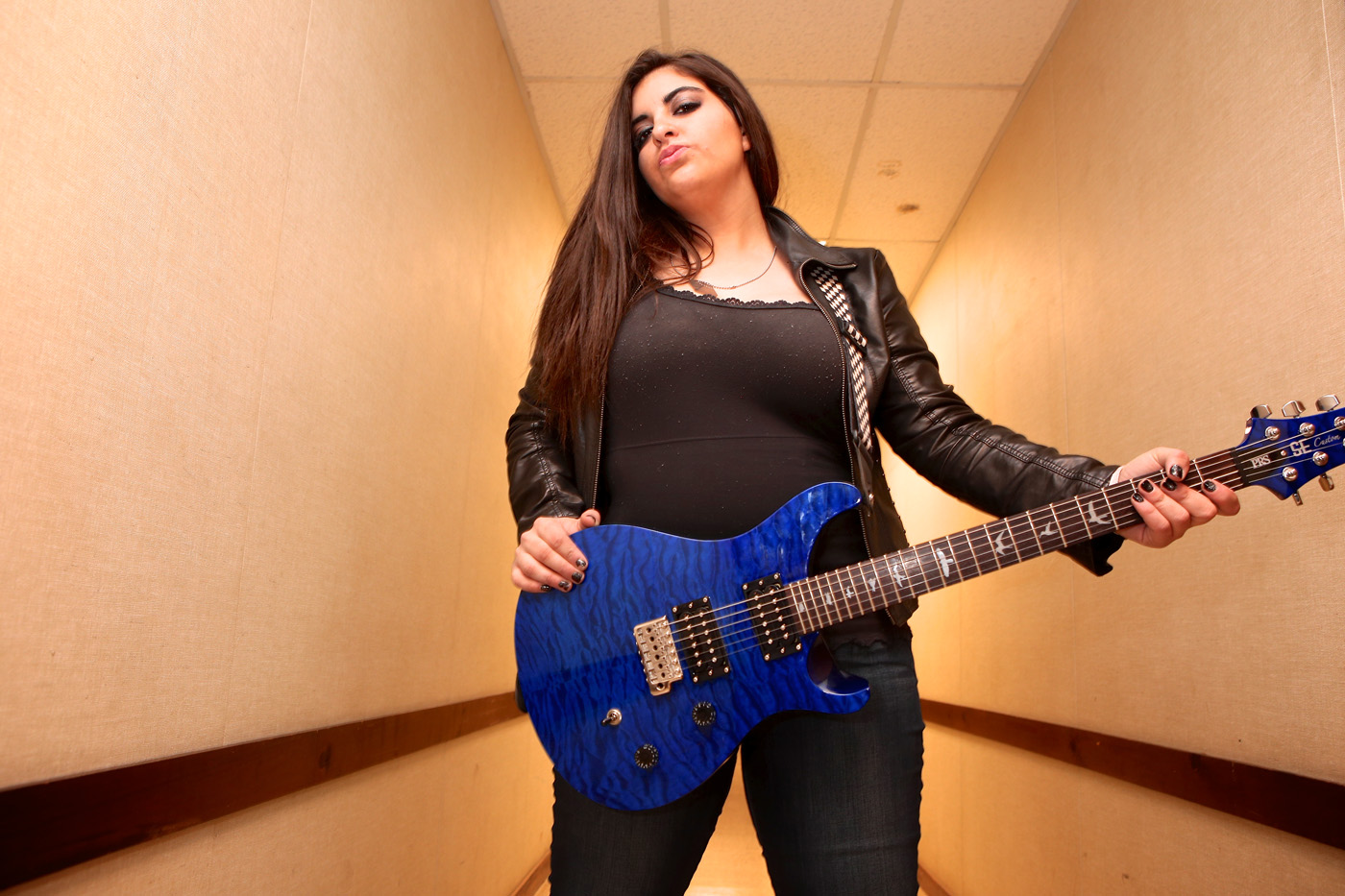 When Molly D’Agostino was 13 years old, she saw the progressive rock outfit Trans-Siberian Orchestra in concert for the first time. Although she had played clarinet in school, it was the TSO show that introduced her to her true love: guitar. She got her first axe soon after as a birthday gift and quickly taught herself the instrument.

Just three years later, in 2011 she formed the band Pacinello with vocalist Mollie Barbaritano in a classroom at Vernon-Verona-Sherrill Central School. The group was named after the pacer horse Pacinello, which has raced often at Vernon Downs. Continuing the horsey connection, Molly’s father is harness racing trainer and driver Joe D’Agostino, who at one point played drums for his daughter’s group. 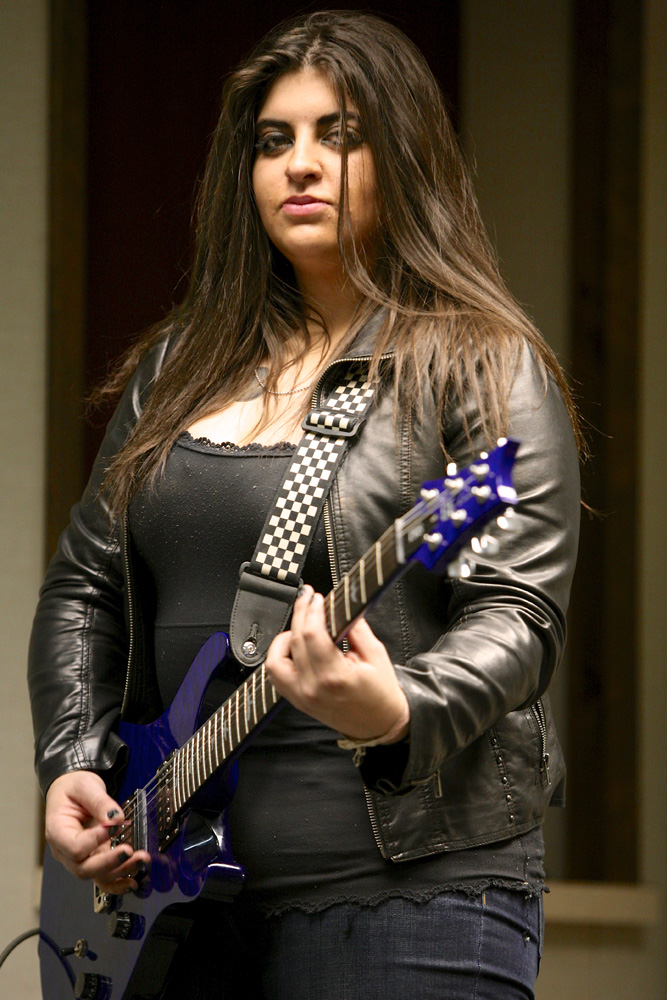 Pacinello submitted their music to the 2013 edition of the Grammy Live: Gig of a Lifetime, a Grammy Association-sponsored competition that was looking for up-and-coming talent. When Pacinello placed in the top 15 out of more than 2,000 bands, Arrowhead Records took notice and signed the group later that year.

“It was really exciting for anyone to be in that position,” D’Agostino says. “The initial day I found out was the most exciting thing. I’m still really proud we did that as a band. We worked really hard for it.”

D’Agostino is now 21 and more accomplished than ever. She owns and runs Vertica Entertainment, a company that writes and records custom wedding songs. D’Agostino has also signed with Los Angeles’ R&R Entertainment and will release VICI, her first solo album, on April 26.

Although Pacinello had found success as an opening act for bands such as the All-American Rejects, Secret State and Pop Evil, the group broke up in 2014 after moving to R&R. The band is back together now, however, that temporary downtime allowed D’Agostino a chance to branch out with writing and recording at her home studio.

“I never sang,” D’Agostino says, “but I was playing with someone and sang something and they helped me get the confidence to do it. I was always writing for Pacinello with Mollie and she did the melodies and vocals. We pitched the solo idea to management and they liked it. They worked out a distribution deal and now I’m really excited about it.”

VICI was recorded in August 2015 between D’Agostino’s home studio and FOS Studios in New York City. D’Agostino wrote the songs, sang and played all of the guitar parts. The name of the album is Latin for “I conquered,” made famous by Julius Caesar, and reflects the attitude of D’Agostino’s songs.

“It’s not mushy. I went through a really interesting relationship when I wrote this … actually two. This album is about being a strong person, believing in yourself and not taking shit.” 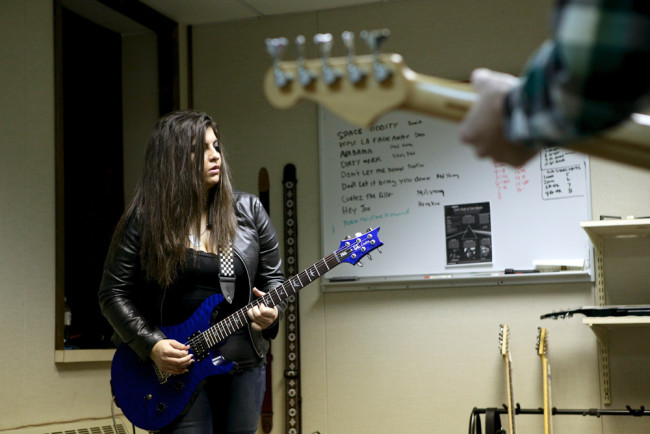 D’Agostino’s leap from a band member to a solo performer took some adjustment, but it’s also exciting. “I’ve never been a lead singer,” she says. “I enjoy it, but it’s weird going out on your own, but also cool. You have creative control.”

The move is liberating for D’Agostino as she finds her own sound. “VICI sounds like Katy Perry having a barbecue with Lynyrd Skynyrd and Shinedown,” she says. “I’m really excited about it. I hope people will like it and give it a chance. It means a lot to me in a lot of ways. And I really owe a lot of it to a lot of great people.”

D’Agostino mentions her guitarist mentors, Satchel of Steel Panther and Chris Caffery of the Trans-Siberian Orchestra. “A lot of great people have helped me,” she says. “I owe them a lot.”

Molly D’Agostino will perform with the local country band Nothin’ Town (which features her drummer-dad Joe) on Saturday, March 19, 9 p.m., at the Colonial Inn, 3071 Route 370, Meridian. She also will play May 14 at Vernon Downs Casino. For more information on Vertica Entertainment, visit verticaentertainment.com.