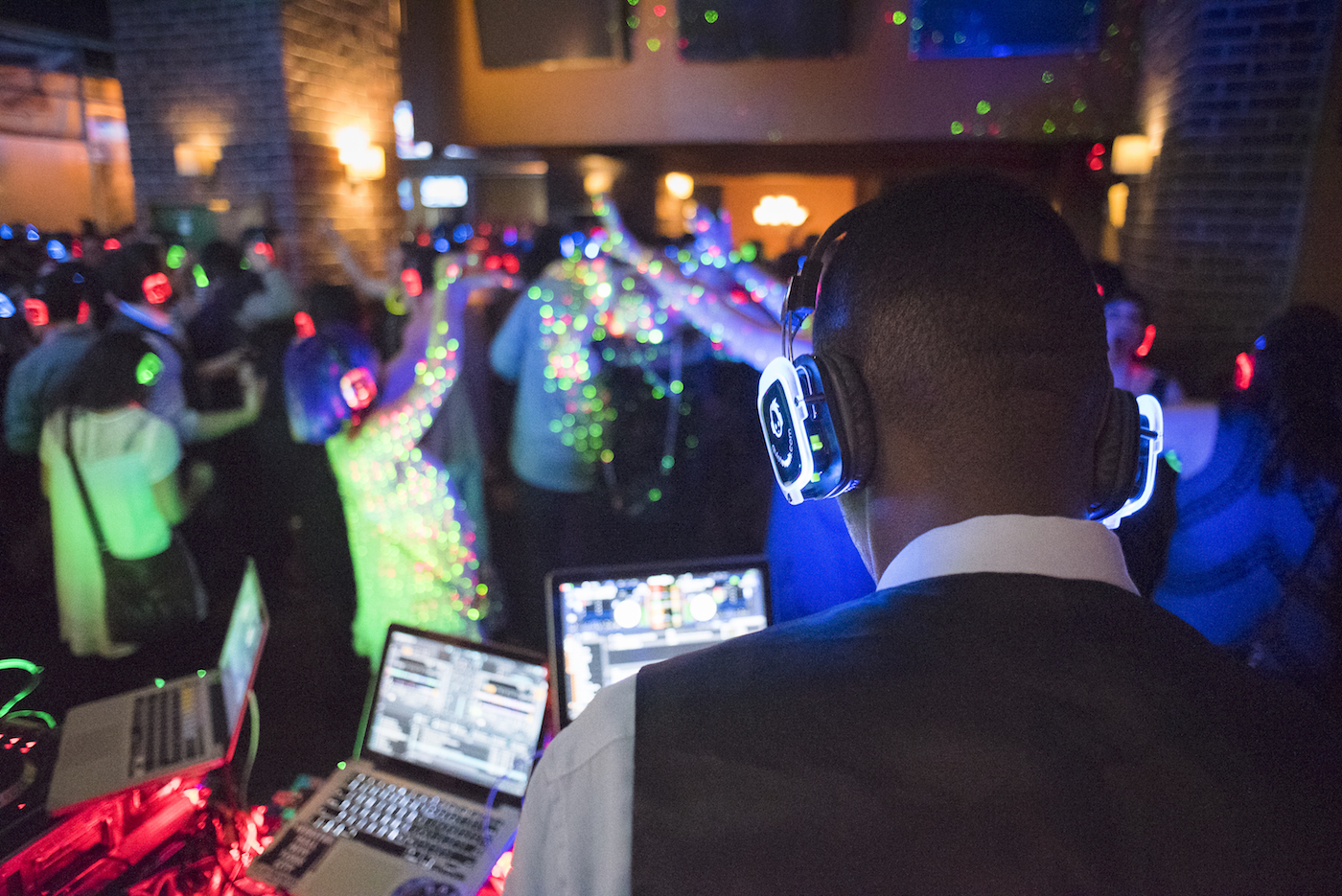 Preventing heart disease might be as easy as getting some boogie fever. That’s the prescription for Silent Disco, a free event sponsored by the Syracuse chapter of the American Heart Association’s Go Red For Women campaign at downtown’s Hanover Square on Thursday, Aug. 17, 6 to 10 p.m.

The “silent” aspect of the dance party comes from the light-up wireless headphones that participants will wear while listening to their musical choices. The headsets come in blue, pink and green colors that represent the three deejays’ respective playlists. DJ Bella J will be on hand to compose danceable house music, while the other two setups will offer rock and disco from the 1980s and 1990s.

Tardone borrowed the idea from an event in Buffalo two years ago. “I could just see all of these headsets on people, and they were bopping up and down, and you could tell they were dancing really hard,” she recalled. “But you could tell everyone was dancing so different, you just knew they were all listening to different kinds of music. It’s really cool to watch.”

Participants will need a photo ID to obtain one of the 50 headsets. While the headsets will be swapped from one noggin to the next throughout the night, they will be promptly disinfected between uses.

Although food and drinks won’t be provided, existing businesses in and near Hanover Square, such as Maxwell’s, Prime Steakhouse and Otro Cinco, are more than up to the task of supplying sustenance to fatigued dancers. “It’s also kind of a cool way for economic development in Hanover Square for the merchants,” Tardone said.

Go Red For Women was started by the American Heart Association in 2004 to raise awareness about heart disease, which remains the No. 1 killer of women in the United States. Since its inception 12 years ago, more than 674,000 women’s lives have been saved, and the rate of deaths in women from heart disease has decreased from 1-in-2 to 1-in-3. While this statistic is encouraging, Tardone says there is still much work to be done.

The Silent Disco’s ultimate goal is for the local community to bond over music while raising awareness about heart disease. “It’s kind of like you’re eating your peas and carrots and you don’t even know it,” Tardone said.