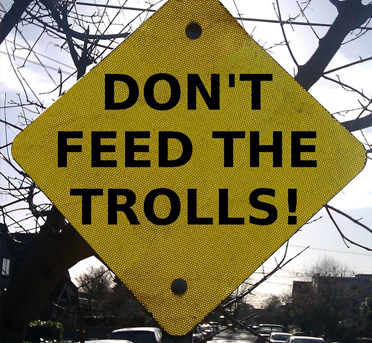 Editor’s note: Voices is a weekly column that provides a platform for Central New Yorkers to comment about the issues of the day. If you’d like to submit a column, email Larry Dietrich at [email protected]

The magazine Pacific Standard launched an important conversation last month with its publication of “The Next Civil Rights Issue: Why Women Aren’t Welcome on the Internet.” The author outlined, in frighteningly lurid detail, the dirty little secret of the online abuse many women face.

Messages include threats of sexual assault, rape and murder and criticism of the writer’s looks or body. Many include language we wouldn’t use in front of our mother. Most include language too graphic and crude to be repeated here.

Sure, everyone is vulnerable online to scams and hacking and identity theft. And we must look only to the nearest online forum to see racist, sexist, classist garbage. But Pacific Standard writer Amanda Hess describes a particularly gender-based form of cyber-bullying.

Think she’s exaggerating? Hess points to a 2006 study in which University of Maryland researchers set up fake online accounts and sent them to online chat rooms. Accounts with feminine usernames received an average of 100 sexually explicit or threatening messages a day. Masculine names received 3.7.

Some apologists dismiss this trend as harmless – or worse, claim it simply shows women’s growing influence as thought leaders. They miss the point, Hess says. “Threats of rape, death and stalking can overpower our emotional bandwidth, take up our time and cost us money through legal fees, online protection services and missed wages,” she wrote.

One high-profile, public case occurred during the summer as women advocated online for Jane Austen and other historical female figures to appear on British bank notes. After the announcement that Austen would appear on the 10-pound note, a female blogger received dozens of Twitter rape threats—50 threats an hour for 12 hours, by one account—in response to her support for the move.

Online harassment of women parallels the “very public demonization of women as witches,” anthropologist Gabriella Coleman told The Atlantic Wire in August. Internet trolls attacking women are public, aggressive and the people involved have a sense of dis-inhibition, she said.

After public outrage followed the Jane Austen bank note case, Twitter added a “Report Tweet” button to make it easier to report abuse. In January, two people were jailed for sending vulgar messages to the blogger who supported the Austen bank note.

Women writing about feminism, equality and sexuality seem like natural targets for these mostly anonymous haters. Journalists of all stripes get plenty of nasty phone calls and emails, and I’ve gotten my share. After writing about potentially controversial issues—religion, women’s health and inequality—I brace myself for the onslaught of name-calling.

I try to ignore these attacks, and I avoid reading online comments about stories I know will touch a nerve with online bullies. But one incident sticks with me even years later. In the mid-2000s (pre-Twitter days), I was reporting on local cases of alleged clergy sexual abuse of minors. These were painful stories to read and to write, and many people were upset about the issue and my coverage. But one reader (a Christian?) sent me a hateful email, telling me to stop wasting my time attacking priests and spend more time losing weight and taking care of myself. His response had nothing to do with the issue and everything with trying to demean me as a woman.

More recently, I tweeted links to stories I wrote about the ongoing challenges to United Methodist Church policies over ministering to gays and lesbians. I was startled—although I should not have been—at some of the crude, angry and hate-filled responses I received on Twitter.

Twitter’s Report Abuse button is a good step, but it does nothing to prevent the escalation of harassment to cyber-stalking and worse. What to do? Strengthen stalking laws? Pursue these cases as violations of civil rights? Or is it just the price modern women pay for sharing their views?