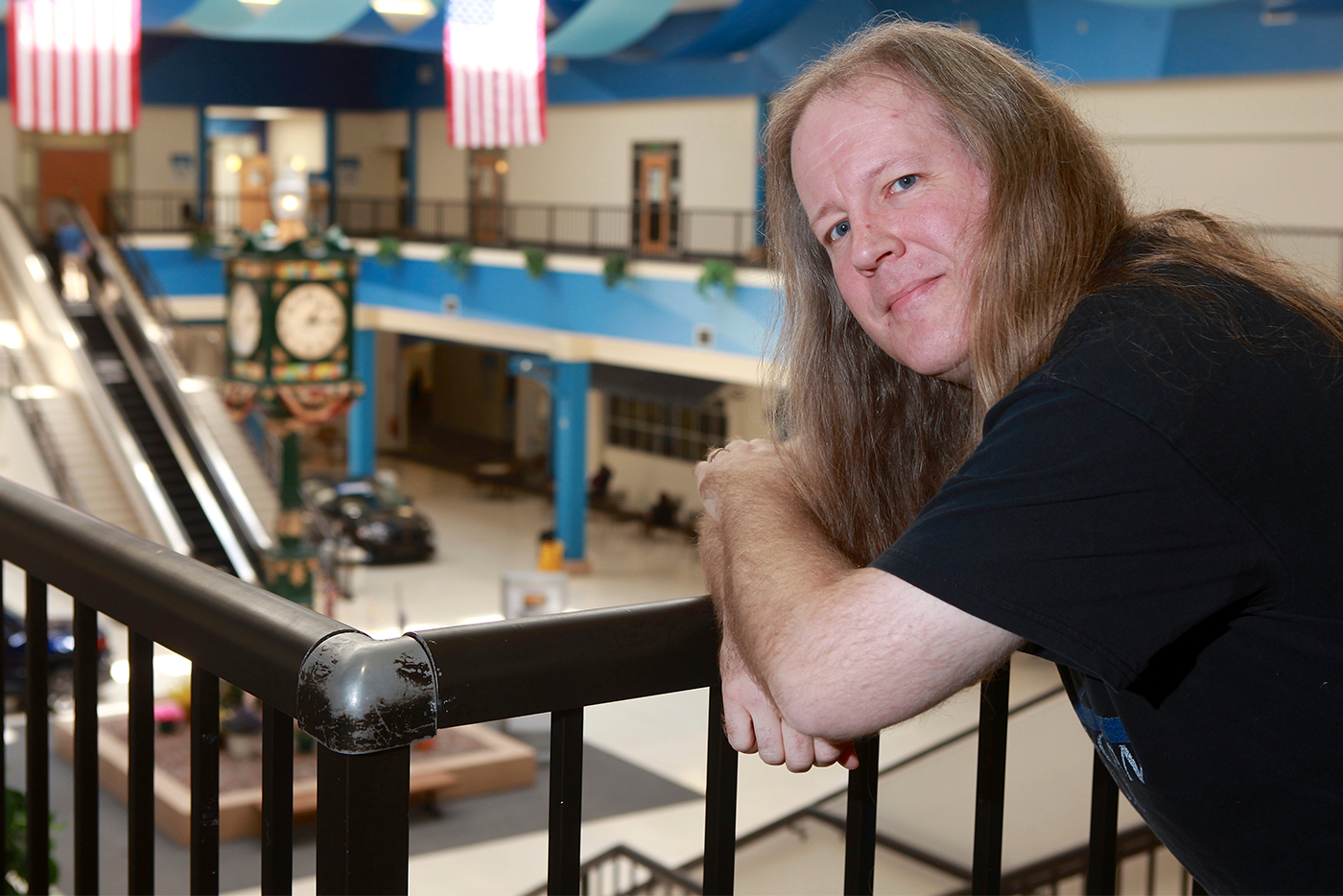 Blasts From The Past: Local blogger captures forgotten Syracuse memories

Brian Hamilton is always finding new old things to post. Whether it be an aged photo, a vintage video or a unique story to tell, his content is sure to elicit a reaction.

A self-proclaimed “nostalgian,” Hamilton, 43, has taken the feelings and emotions one experiences when exposed to something from the past and put it on his Syracuse Nostalgia website, for all current and former Central New Yorkers, young and old, to enjoy.

What began more than a decade ago as a desire for information on an abandoned mall has taken on a life of its own in the form of an award-winning blog. 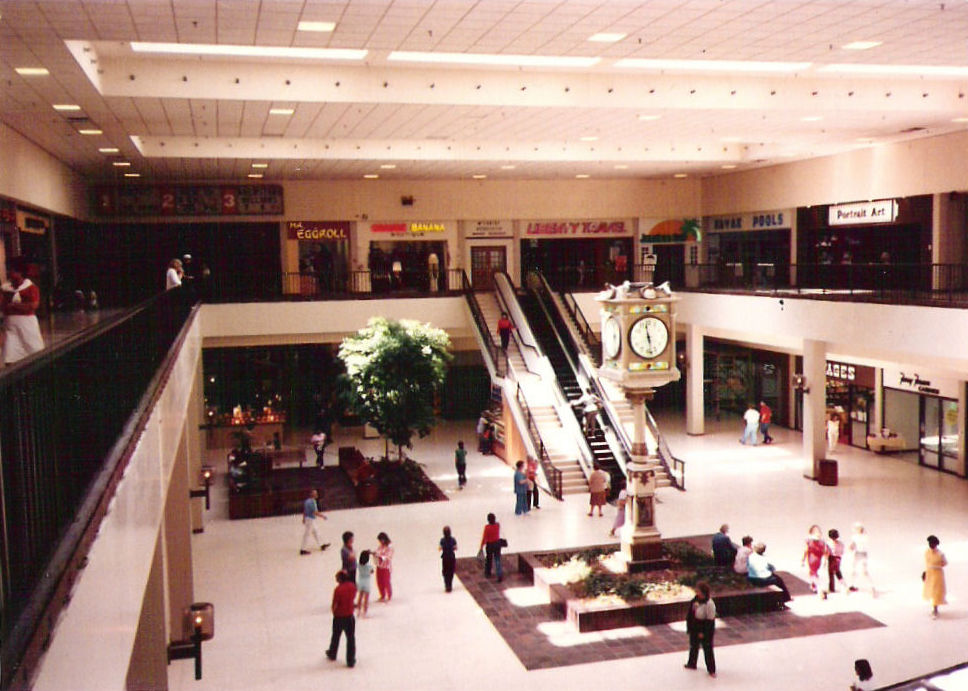 Penn Can Mall in 1985. Photo provided by Mike Hepp

Hamilton’s story begins with his tribute website for the Penn Can Mall in Cicero — now Driver’s Village — where he spent much of his teenage years.

“When it opened (in 1976), it was huge,” Hamilton said. “I grew up a couple blocks away from the mall, like walking distance, so a couple days a week after school, my friends and I would go to our hangout spot.”

Hamilton would frequently videotape himself and his friends for fun while horsing around at the mall during the 1980s. “I realized many years later that these places had been destroyed or closed and I had this great footage,” he said.

The mall closed in 1996 and remained relatively abandoned, succumbing to break-ins and vandalism, before being purchased in 2000 by local auto dealer Roger Burdick. In 2002, when he learned about the mall’s fate of being turned into a massive auto dealership, Hamilton and a friend took it upon themselves to explore the outside of Penn Can.

“I just went there with my videocamera and was trying to tape the outside,” he said. “Some people from Burdick came up to me and questioned me, like, ‘What are you doing?’ And I told them I grew up with this mall pretty much and I would love to go inside it and see how it looks before it gets torn down.”

Hamilton and his friend were treated to a tour of the mall, guided by a representative of Burdick. Hamilton filmed his entire visit in the empty mall, at the time just for his personal use.

In 2005, roughly two years prior to Syracuse Nostalgia’s incarnation, Hamilton did an online search for the Penn Can Mall out of curiosity. There was little to be found, but because of the lack of information, he got the idea to create his own site. “Because I had the old and new footage, it seemed like a good place to start,” he said.

Through message boards, forums and other mediums available before the rise of Facebook and Twitter, Hamilton got the word out about his site. The response was much more than he anticipated.

“People were like, ‘Oh my God, Penn Can Mall. I can’t believe you have all these pictures.’ Obviously they had such great memories of it,” Hamilton said. “So I just sort of started building a following from there and used what I had at the time.”

The pictures in question were courtesy of Mike Hepp, a connection Hamilton made through his Penn Can site. Hepp’s father, David, was the mall’s caretaker from 1989 until 2001, well after it closed.

“I used to spend a lot of time (at Penn Can Mall) because we had model railroads there that we used to work on a lot,” Hepp said. “Being over there all the time and the mall being empty like that just kind of struck my curiosity. I kind of studied the place when it was empty and I knew where a lot of the stores were. I collected a lot of stuff over the years.”

Hepp said that at the time of his visit to the site, there wasn’t too much content. He then reached out to Hamilton to provide him with an entire photo album of pictures — which was originally going to be thrown out — of inside the mall from throughout the years.

Interest in the Penn Can site continued to gain steam throughout the next couple of years, which compelled Hamilton to explore the possibility of creating a new site dedicated to the greater Syracuse area.

“I thought just myself and a couple friends would care (about the Penn Can site),” Hamilton said. “But there was a lot of interest, and I had pictures and video of the rest of the area, too. So I took what I had, and I made a site out of it.” 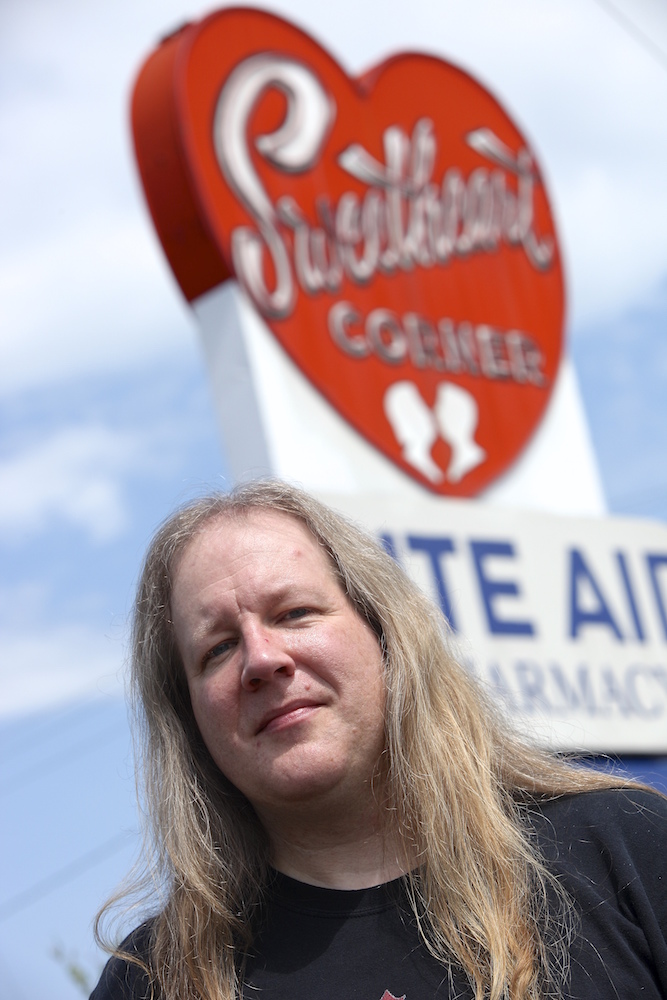 Brian Hamilton in front of the Sweetheart Corner sign in North Syracuse, where he worked as a teenager. Michael Davis photo

Hamilton launched his Syracuse Nostalgia site in 2007, and it features numerous photo galleries from former fixtures in Central New York such as Sweetheart Market, Northern Lights and Market Place Plaza. Each collection comes packaged with some history behind the subject, written by Hamilton to give each photo context.

In addition to the pictures, many old newscasts, concerts and commercials can be found within Syracuse Nostalgia’s archives. Some he owned already, although many of the old videos on Hamilton’s site were harvested from garage and estate sales.

There is even a spot at the bottom of the site where fans of nostalgia can purchase merchandise relating to Syracuse. This includes swag from Penn Can, the former arts and crafts store Switz’s and a seemingly never-ending amount of clothing and knickknacks from former record vendor Cavages.

Through gathering images for the site, Hamilton connected with Thomas Mafrici, a former historian for the town of Cicero. Mafrici provided Hamilton with more than 100 photos from the Cicero area to include on his site.

Coincidently, Mafrici was contacted by a publishing company not long after his endeavor with Hamilton. Arcadia Publishers looked to him to produce a book for its Images of America series. Mafrici went on to complete the book, Images of America: Cicero, and credited Hamilton in the acknowledgment section for inspiring him to go through with the publication.

“I think Brian was the primary motivation because we had to scan all these pictures and write a little blurb about them (for the Syracuse Nostalgia site) and it’s basically what the book was about,” Mafrici said. “So yeah, he was directly responsible for that book and I owe a lot to him.”

Hamilton’s consistency eventually earned him the nod for Best Blog award in the 2015 Syracuse New Times’ Best of Syracuse awards. “It was nice. It was really kind of surprising,” he said. “A lot of people seem to dig what I do. It was really cool to be recognized.”

Not only was he being recognized by new and old followers across Central New York, but also by the folks at Syracuse Media Group, although not in the way he would have hoped. Syracuse.com debuted the CNY Nostalgia section of its website late in 2015, and would go on to produce some content that looked all too familiar to Hamilton.

“They seem to be copying ideas and sometimes content,” he said. “They never do it word for word or anything, but it seemed like whenever I posted something, a couple days to a week later, I’d see them posting about the same thing. Sometimes, if you read my article and theirs, they’d be very similar. If it was a school project, they’d get a ‘D’ for plagiarism. Not every single one, but often enough that I’ve noticed.”

On at least one occasion, a video of Hamilton’s made it into an article on syracuse.com without attributing where it originated.

“To me, it’s just common courtesy to say where it came from,” Hamilton said. “It’s like a weird fine line. I’m posting these videos and newspaper articles, and then the people from the newspaper look at my site to get their old newspaper articles and don’t mention me, but it’s their own articles anyway. It just seems like it would be nice to get a mention.”

Such are the trials and tribulations of running a successful blog. Although he finds it unlikely he’ll ever earn enough to make a living off of his websites, Hamilton continues to stay the course doing what he enjoys, and doing it his way.

“I was always the one to take pictures and tape things so I could save it for later. I’ve always been a nostalgic person. It kind of amazes me,” he said. “Going on Facebook or Twitter now and I’ll post my old pictures, even from a yearbook or something, and people will say, ‘I’m surprised you still have that’ or ‘I can’t believe you still have that.’ I’m thinking, ‘I can’t believe you don’t have that. Why wouldn’t you save your old yearbook and old pictures?’ So it’s always been something I’ve been interested in.”

Hamilton’s blog evokes many emotions from his followers as they reflect on every post. These people are the reasons local landmarks like the clock inside Driver’s Village remain standing to this day.

“You’re asking why people like these old things, it’s just memories,” Hamilton said. “People like to reminisce about what they used to do when they were kids.”